Today is shopping day! Our itinerary was simply "Shopping in Dongdaemun & Myeongdong", printed in black & white. But before that, we got to fill our stomach. One of my friends who has been to Korea for exchange during her university days introduced me to a Korean BBQ at Anam Station. However, to our disappointment, the BBQ restaurant was not opened when we were there at about 1.30pm. Now, we learned that BBQ places open slightly later in the afternoon. =( It's alright, we'll try again tomorrow.

There were many other restaurants/cafes around the area. Anam station is just one station away from Korea University Station, so the shops around there are cater more towards the youth. We settled down in Dakgalbi restaurant. It has a chain of outlets across Seoul I guess? I saw Yoogane Dakgalbi in Myeongdong as well.

I love how food are being prepared in Korea. They just cook it in front of you. The fried rice was fragrant! Meat broth of the cold noodles was good! The noodles were very chewy, sometimes hard to chew but I would definitely give a thumbs up for the overall taste. It would be better if the noodles & soup can be hot in such a cold weather. 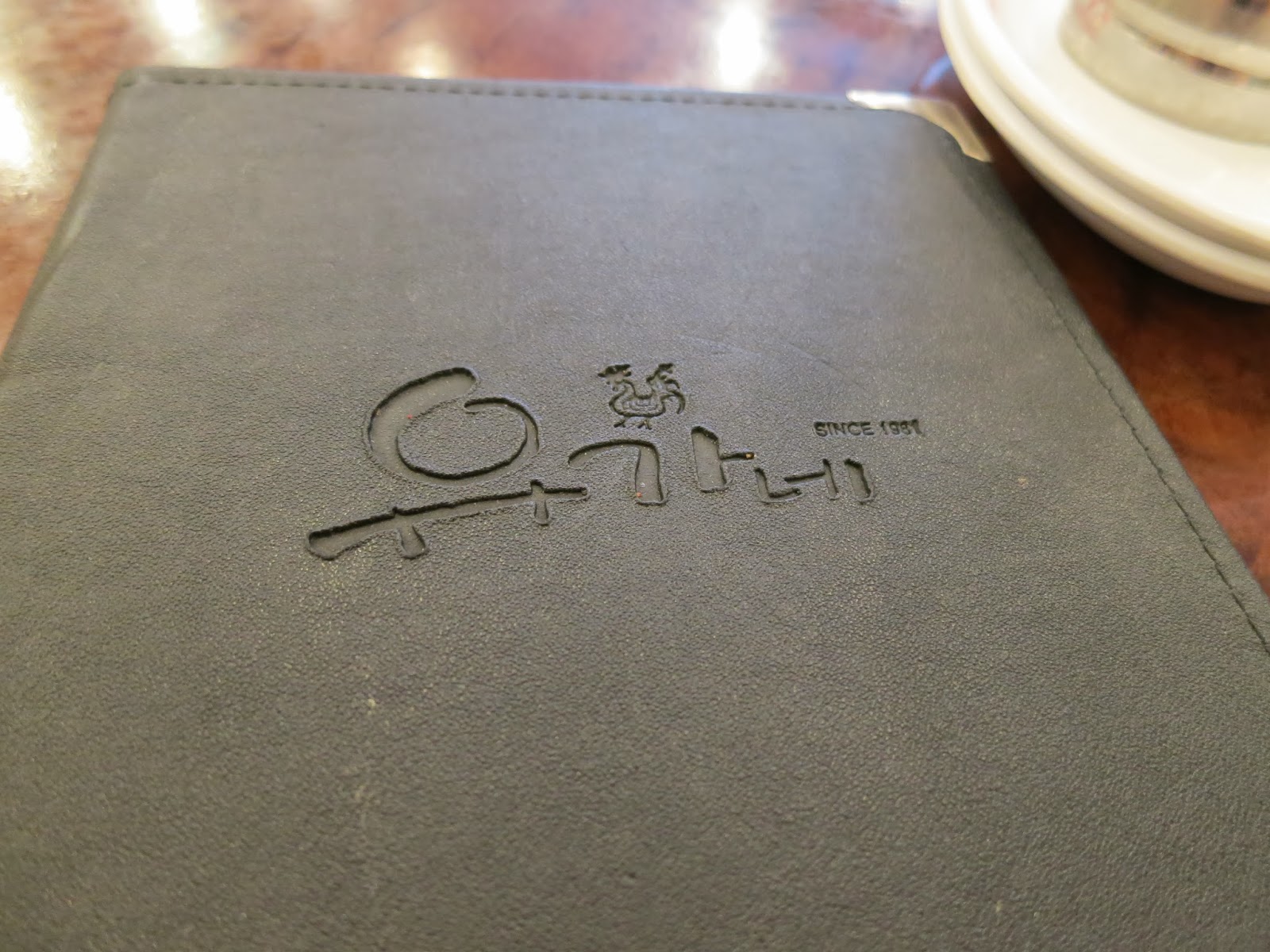 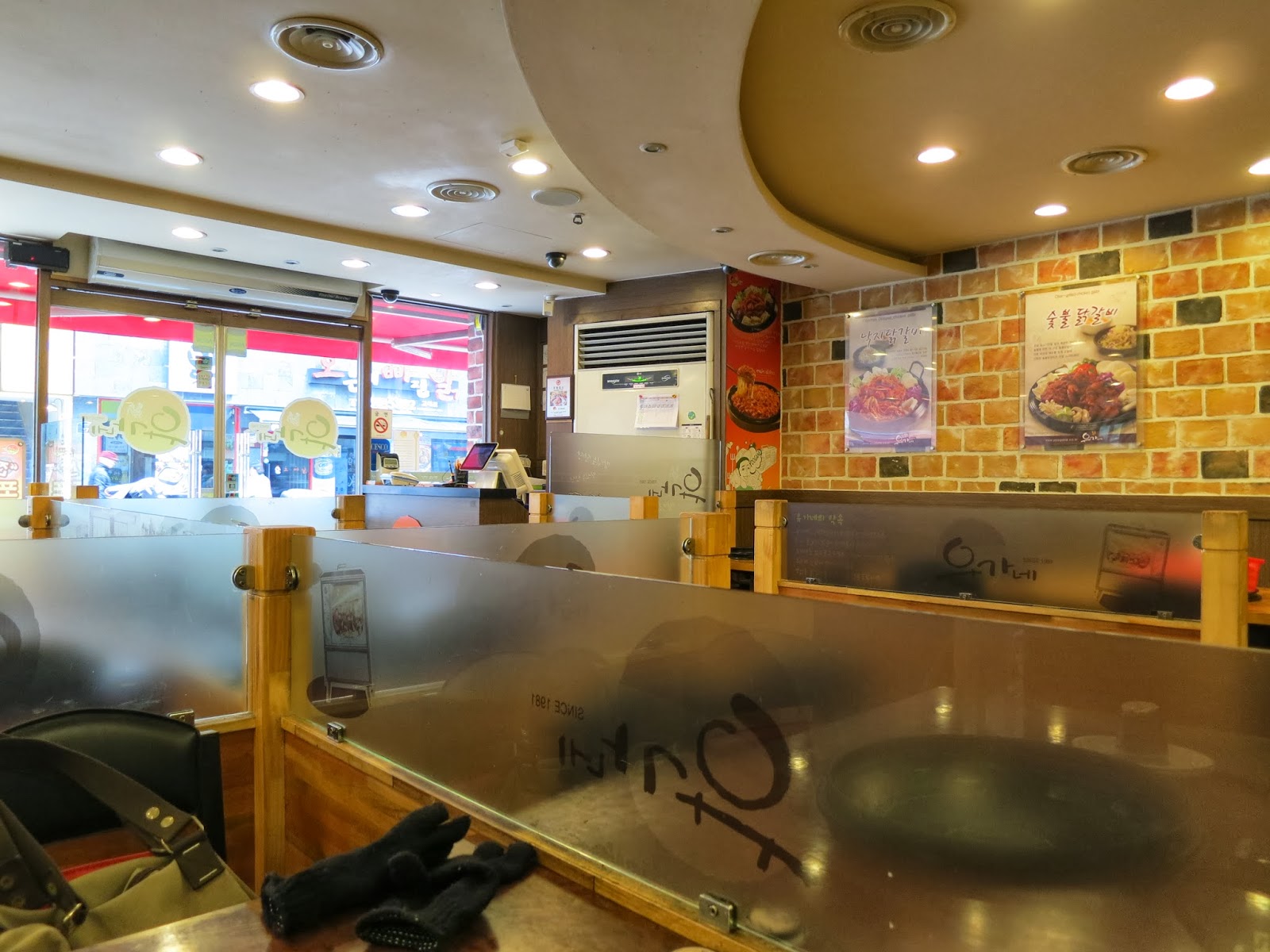 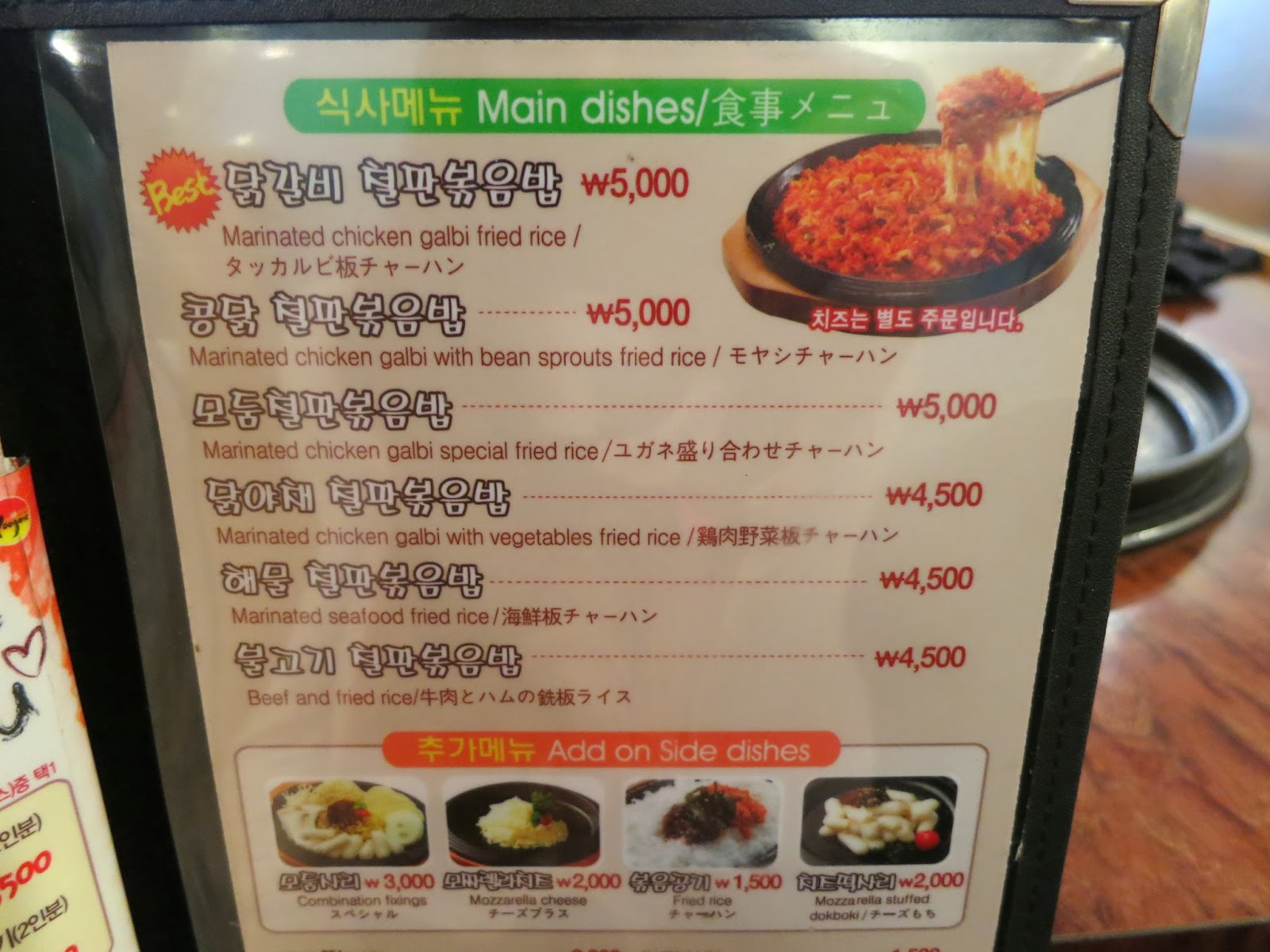 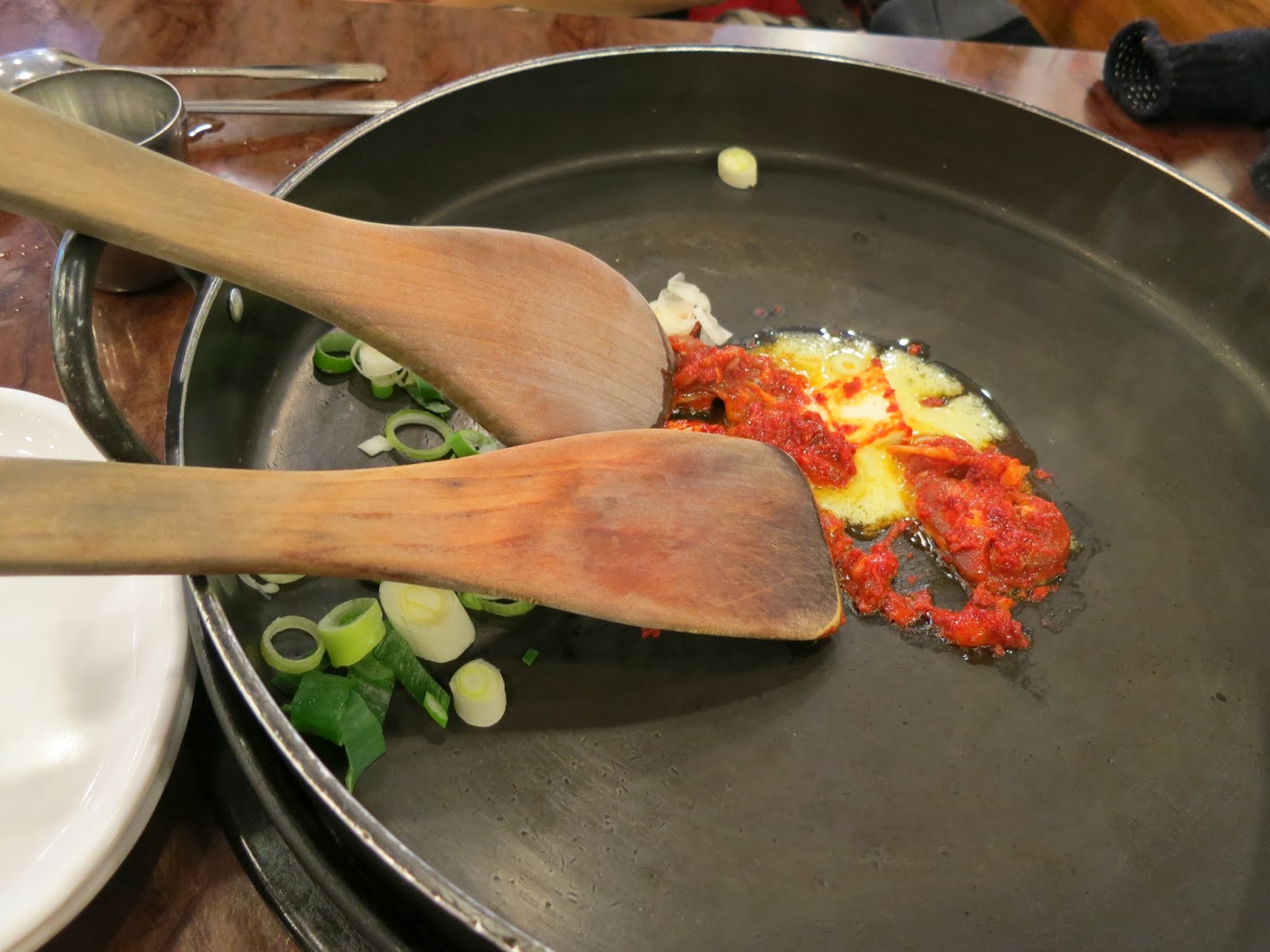 Dongdaemun is one of the many famous shopping areas in Seoul. It can be opened till as late as 6am in the morning. There are many huge shopping malls as well as roadside stalls selling clothes and food. Sadly, Hello apM and Migliore were closed on the day we went. =/ 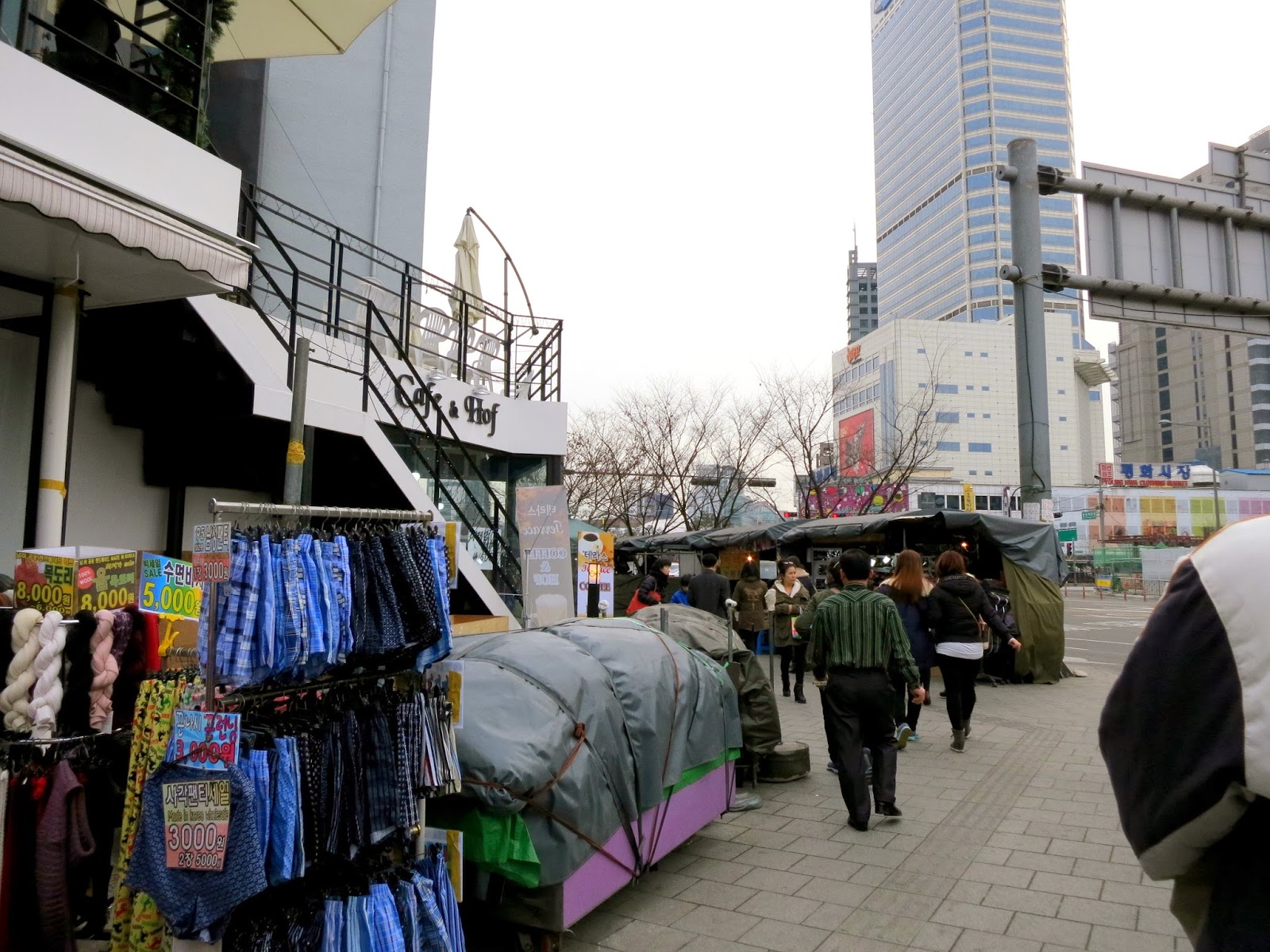 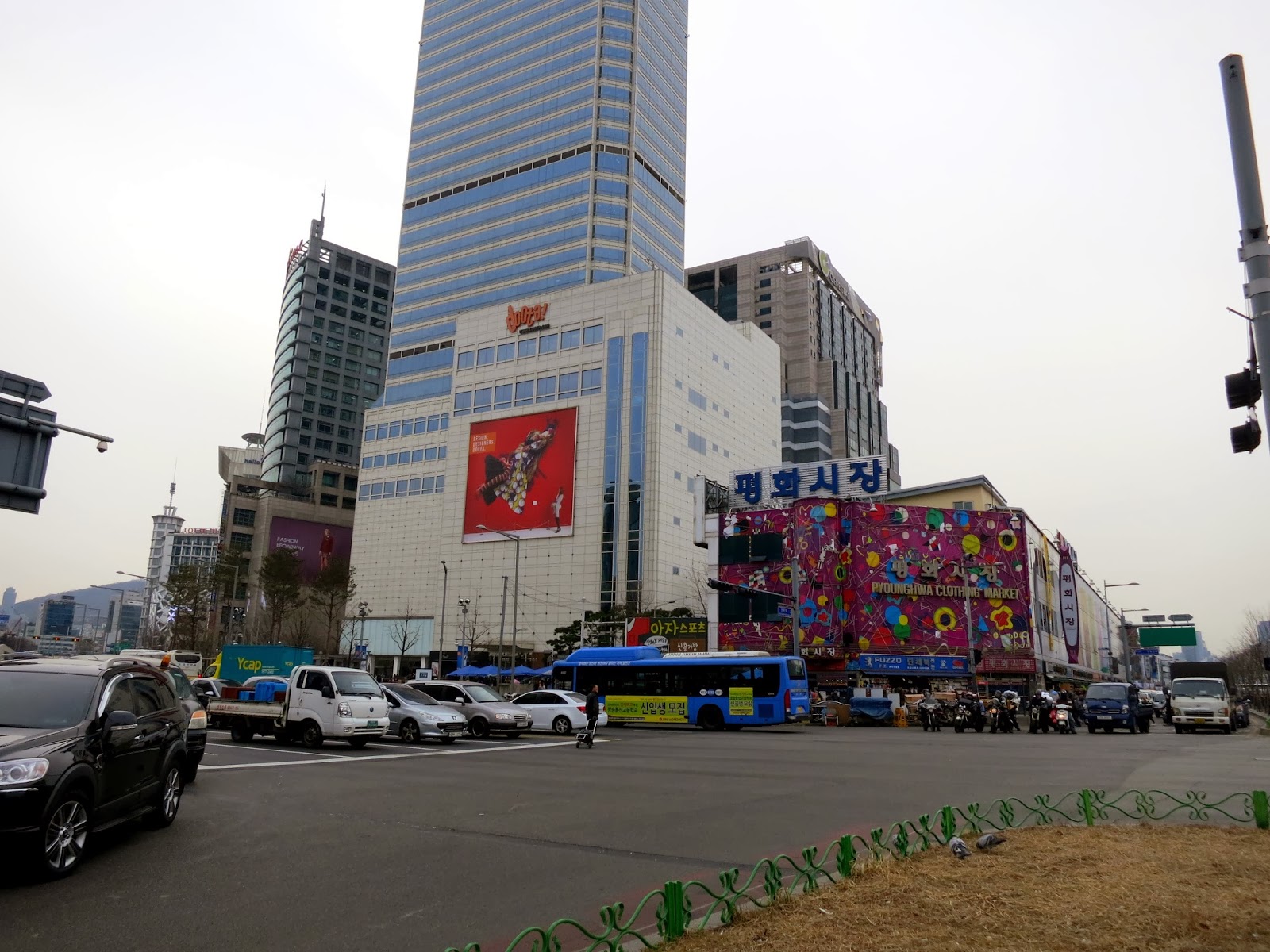 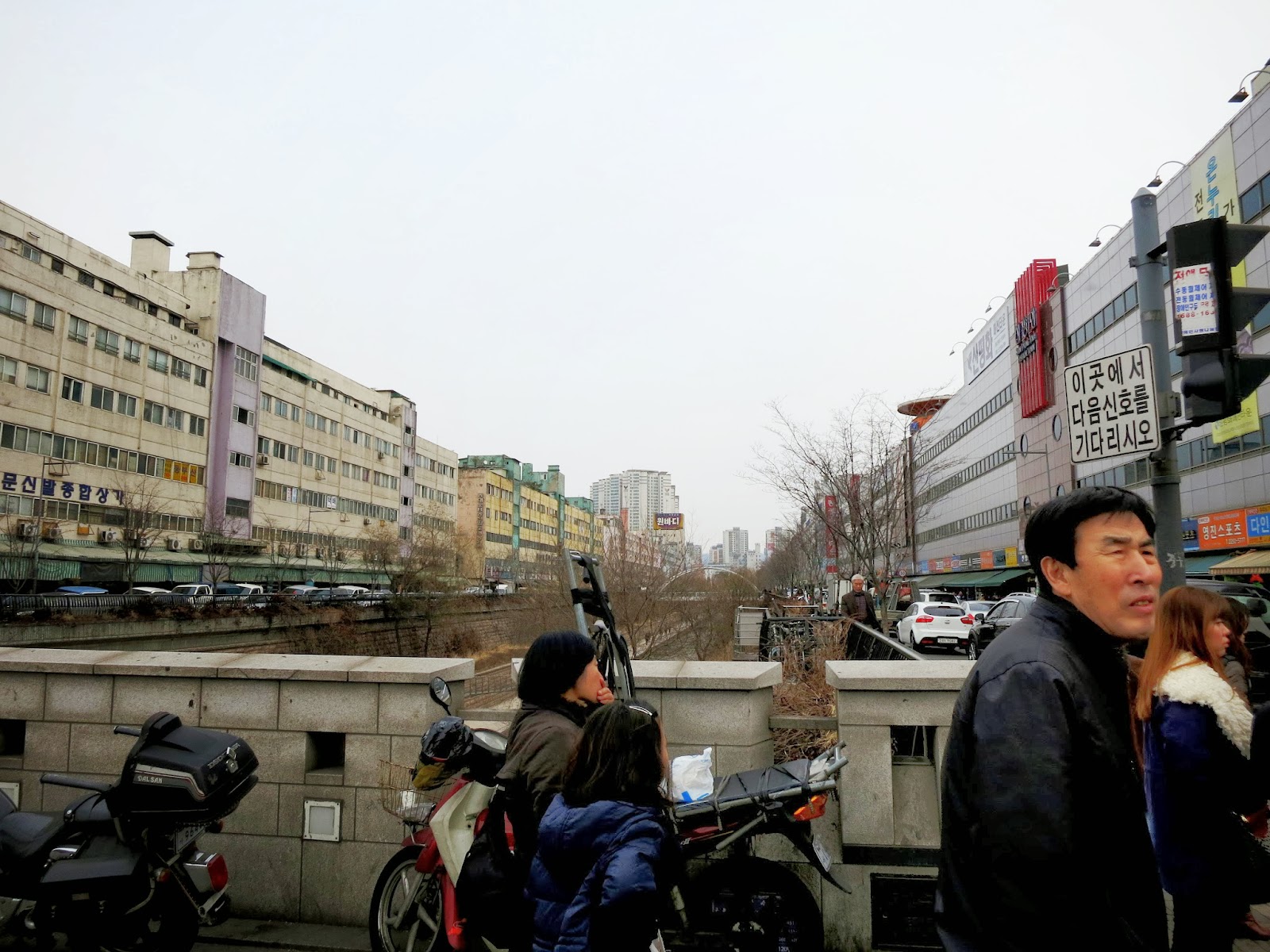 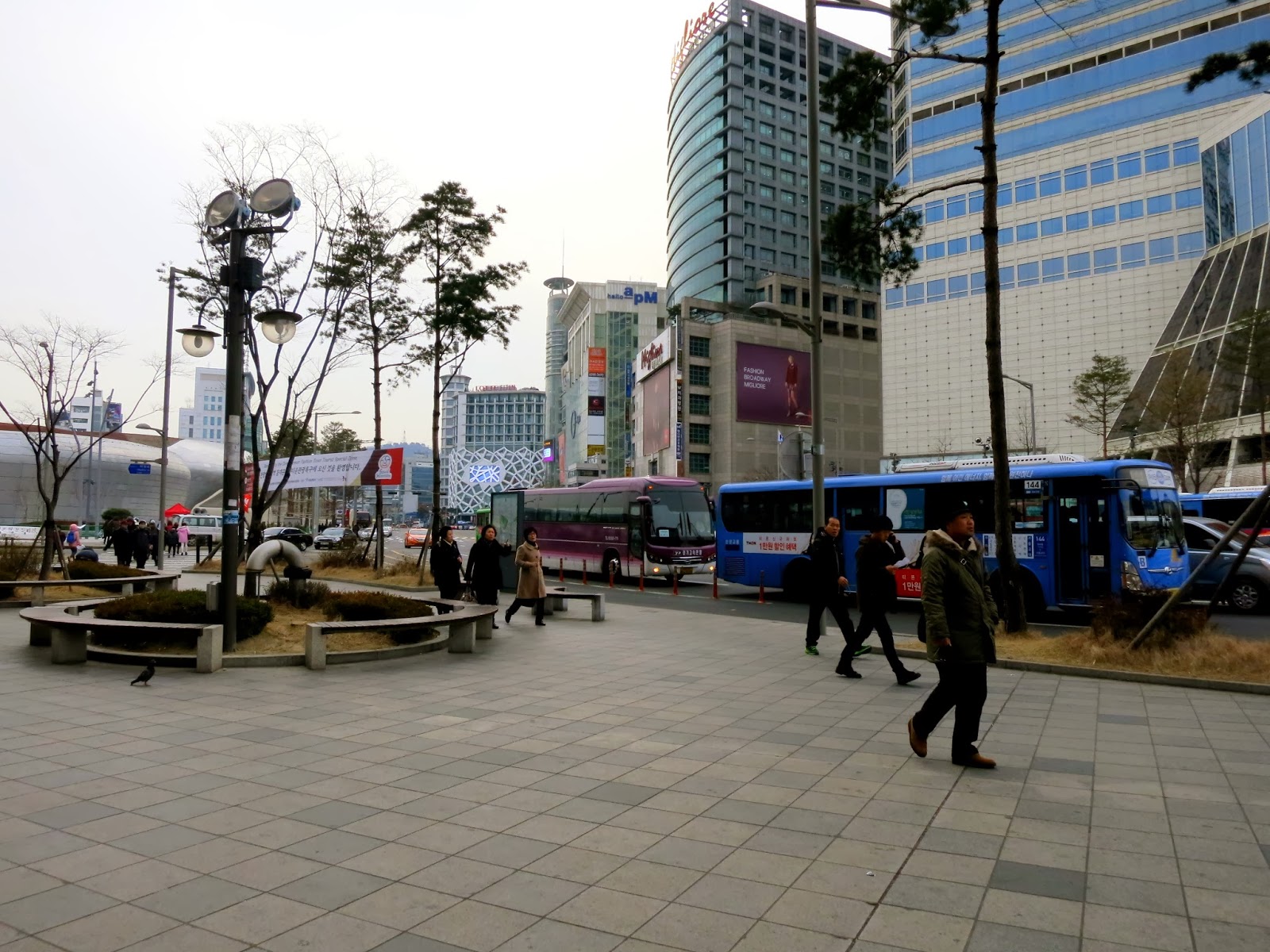 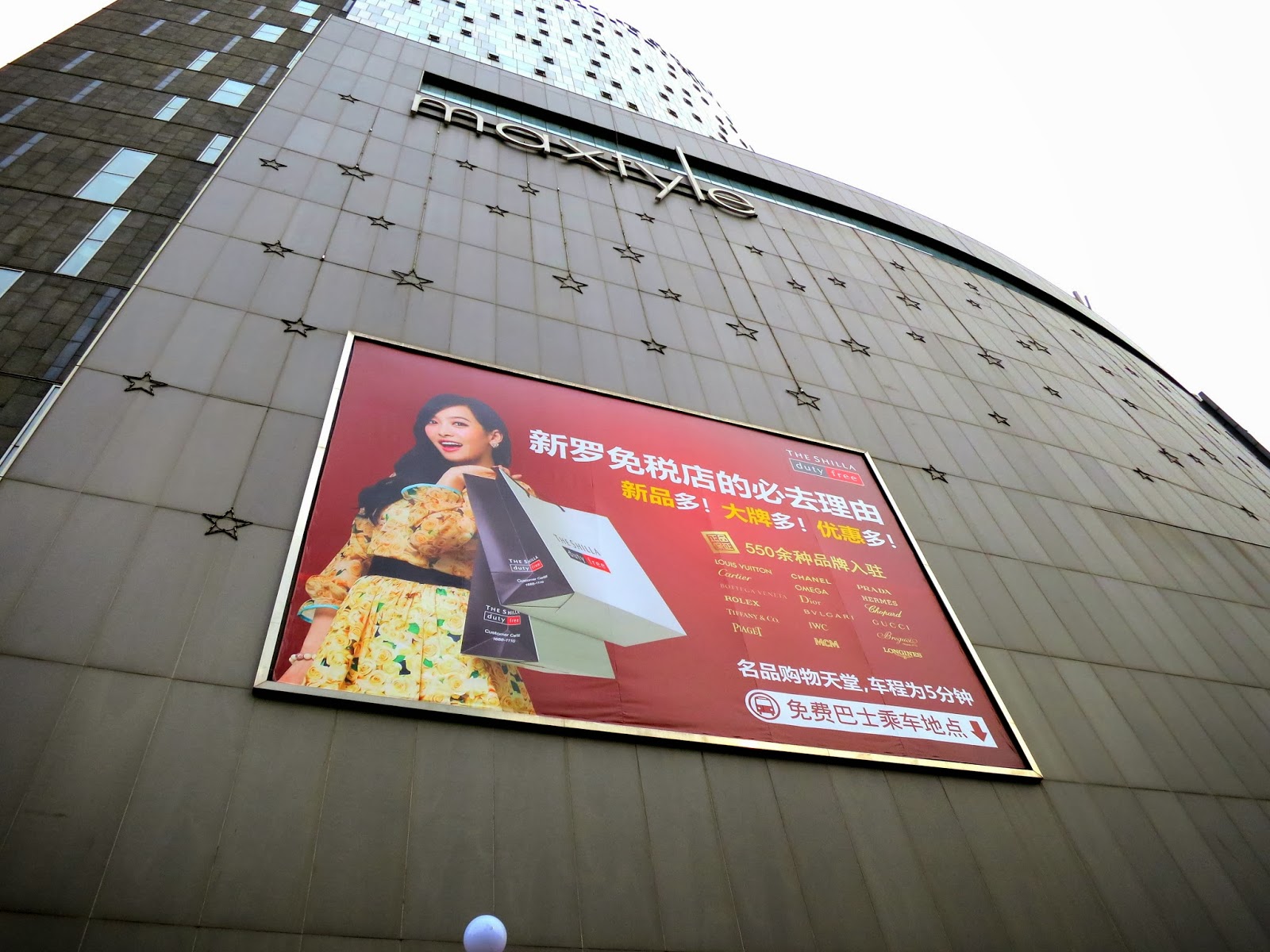 We did NOT buy anything in Dongdaemun. The things they sell were mostly winter wear and were not cheap either, especially in the more established malls. BUT, I have to say that the clothes in Korea are really well designed and very fashionable!

Myeongdong, as compared to Dongdaemun, is more lively and has lesser big shopping malls. There's Migliore Mall in Myeongdong as well. Personally I don't fancy Migliore as there are many shops selling fake branded bags like Prada, Hermès, Fendi, LV, etc. I wonder how they can sell it so openly when all the main branded boutiques were just nearby at Lotte Department Store. Street(food)-stalls were everywhere, with prices ranging around 2000-5000 won (S$2.50 to S$6.00). 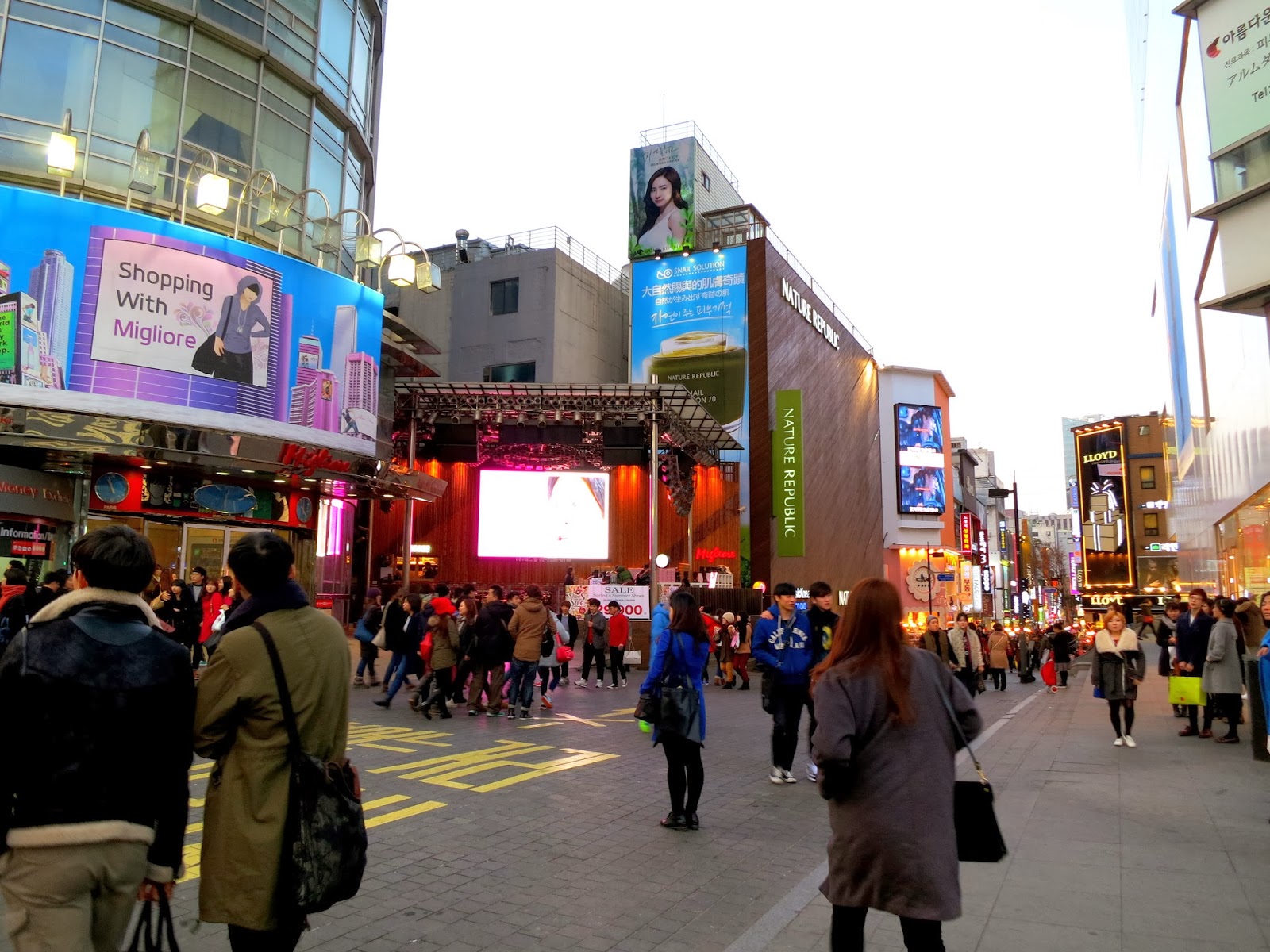 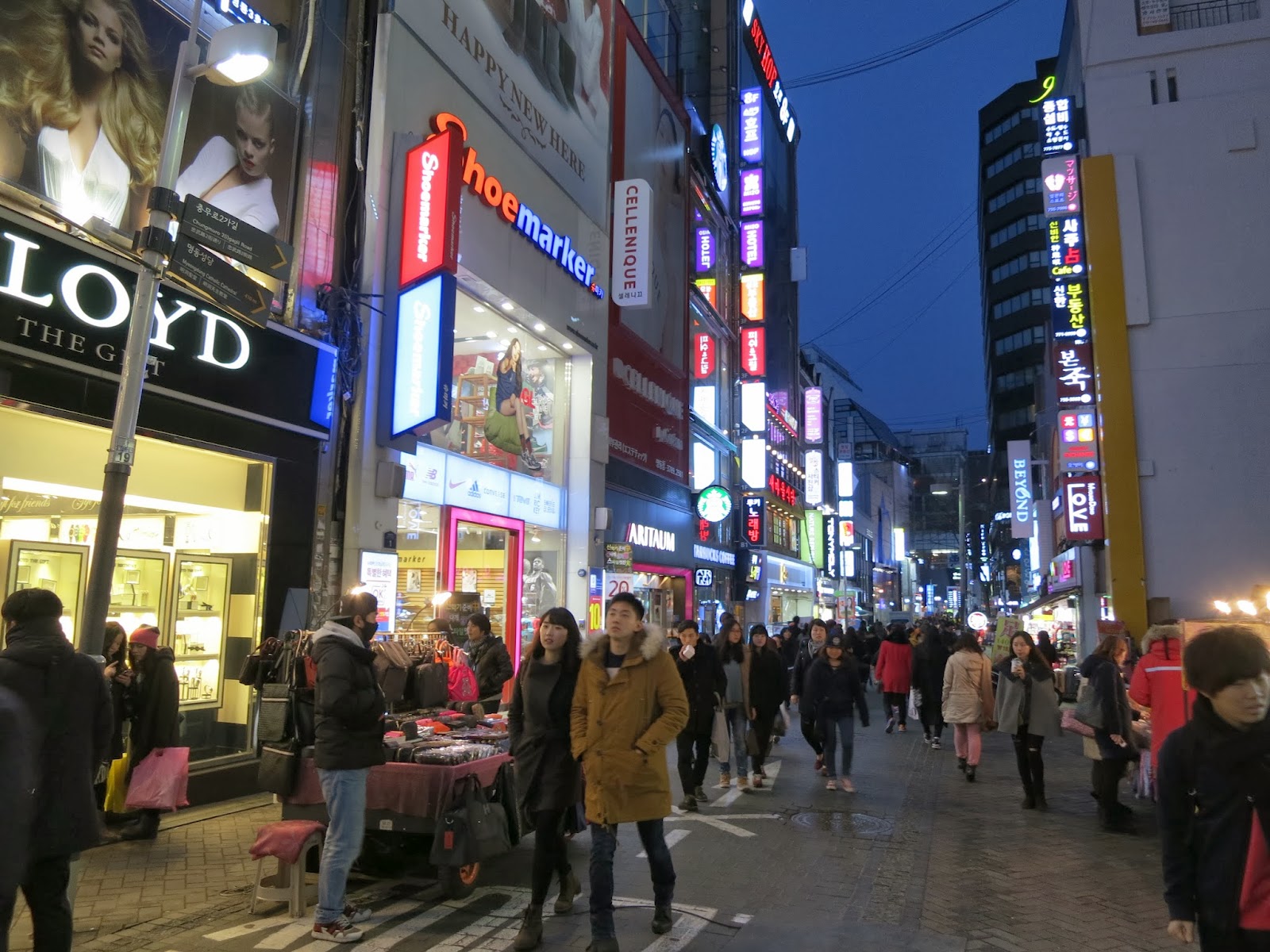 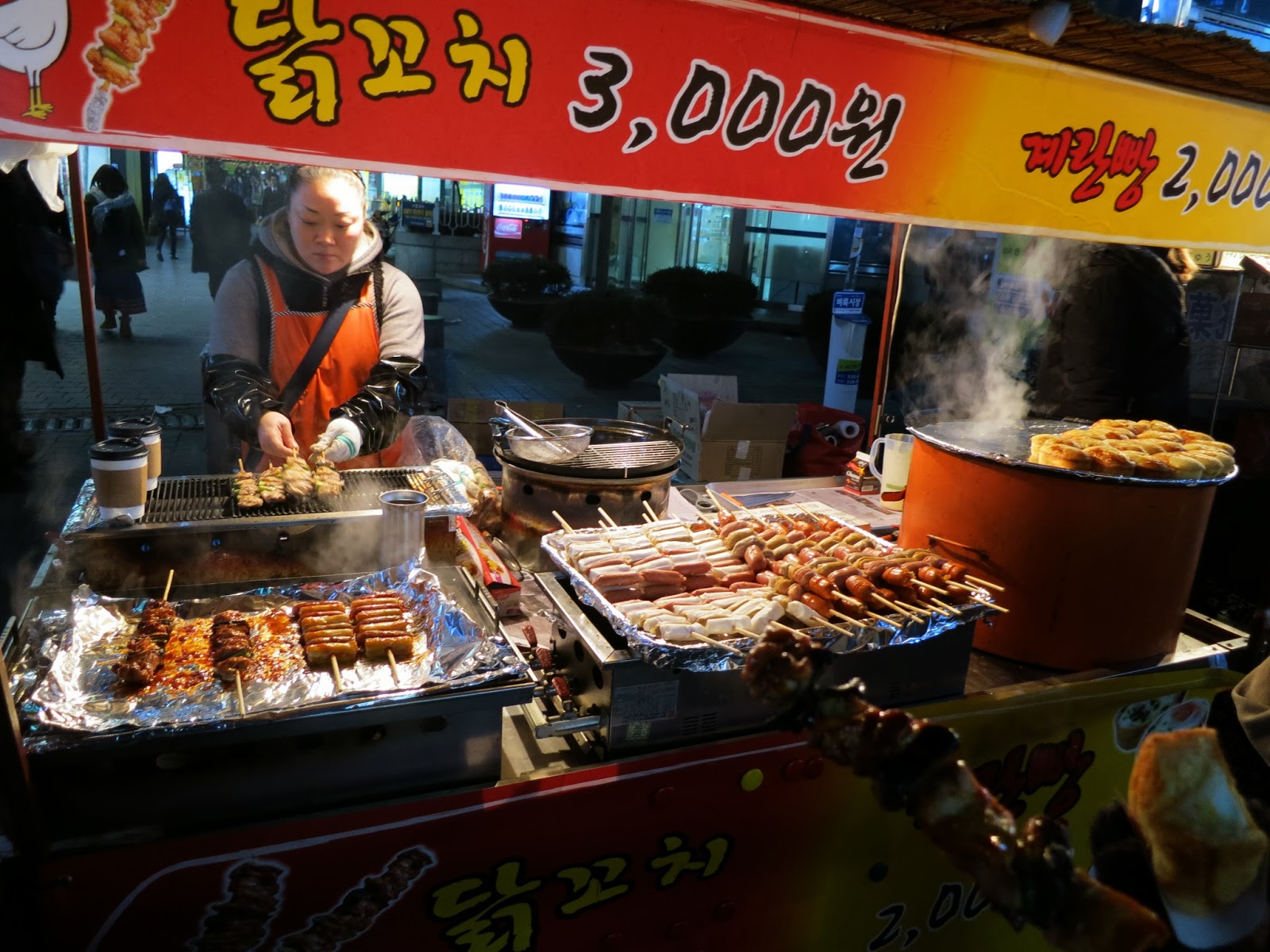 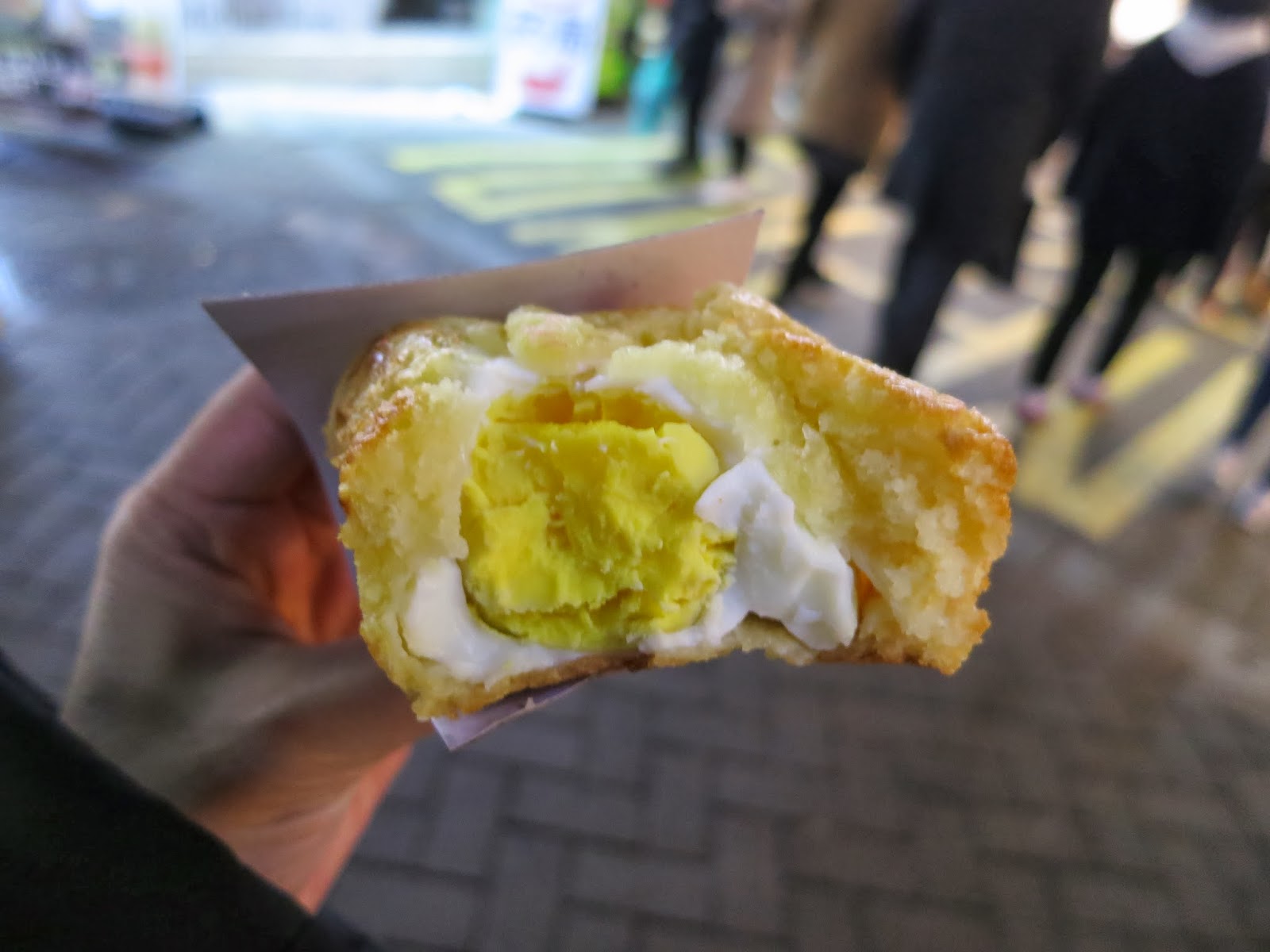 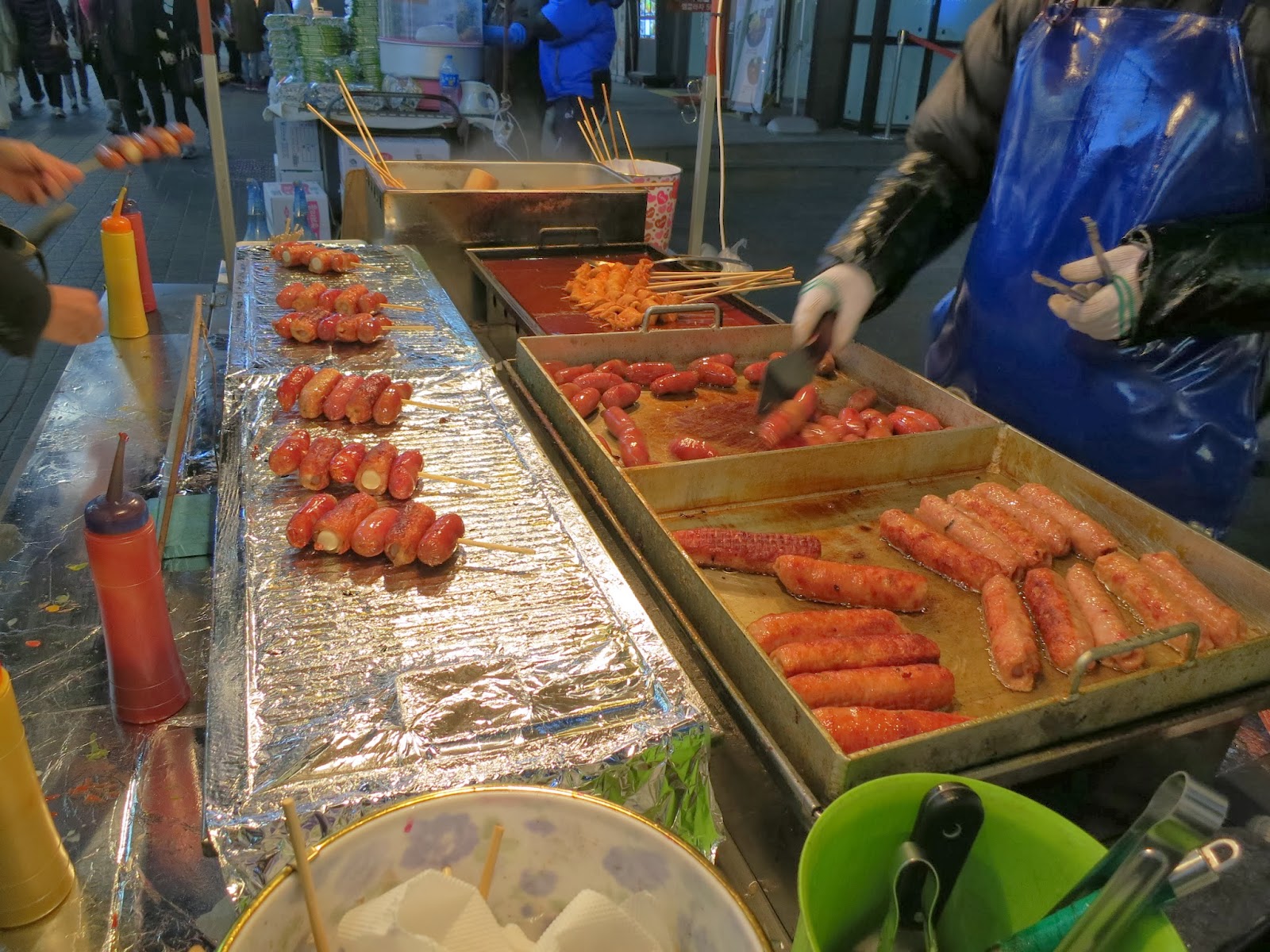 We planned to go to Namsan Tower on Day 5 as it's our monthsary on the 19th but since we were already at Myeongdong and there's some time left, we decided to head to N Seoul Tower today.

From Myeongdong Station Exit 3, walk towards the direction of Pacific Hotel, climb up the slope (it's a long long stretch of road), climb up some stairs (too many), and then you'll see a green building on your right. 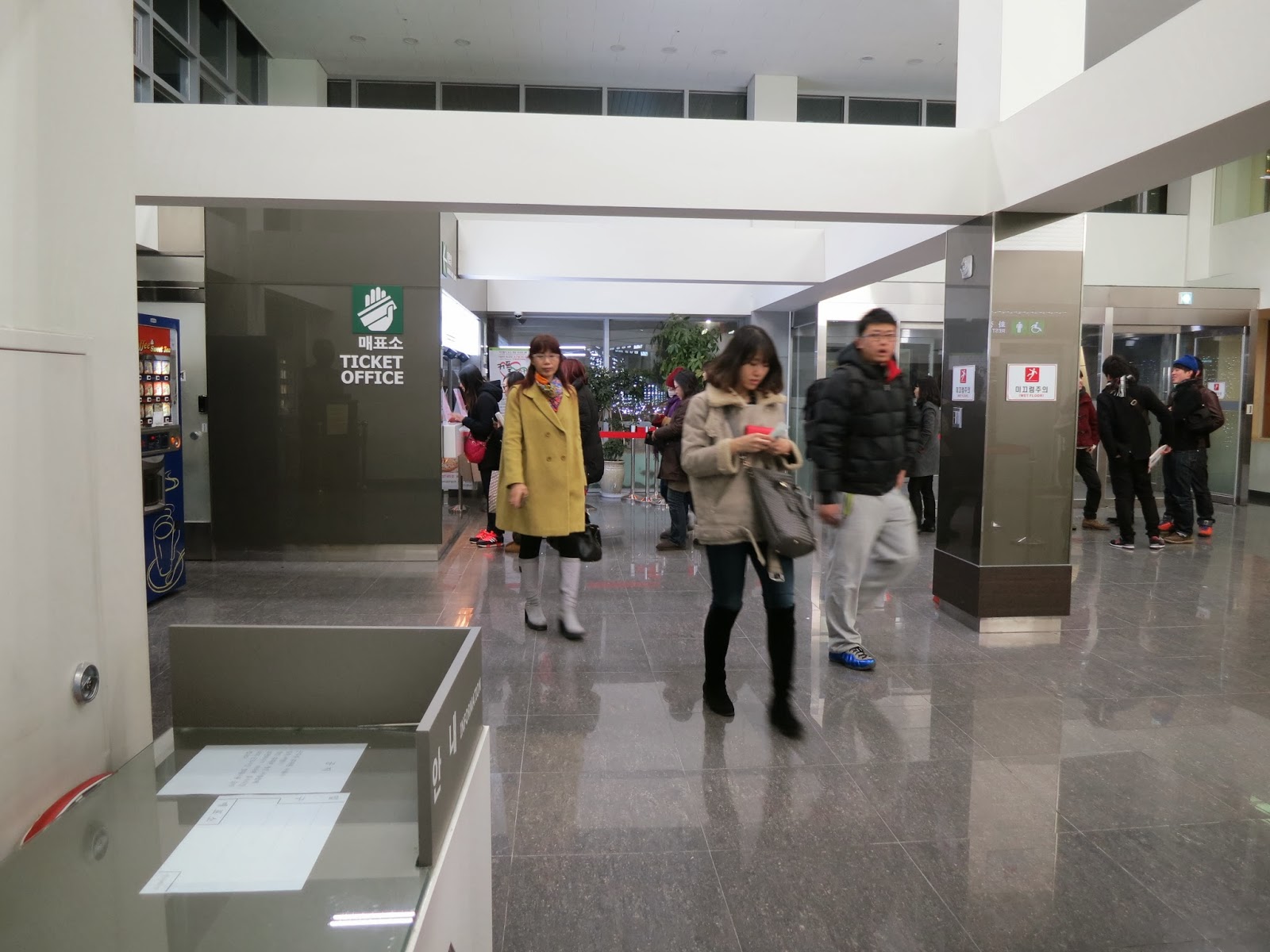 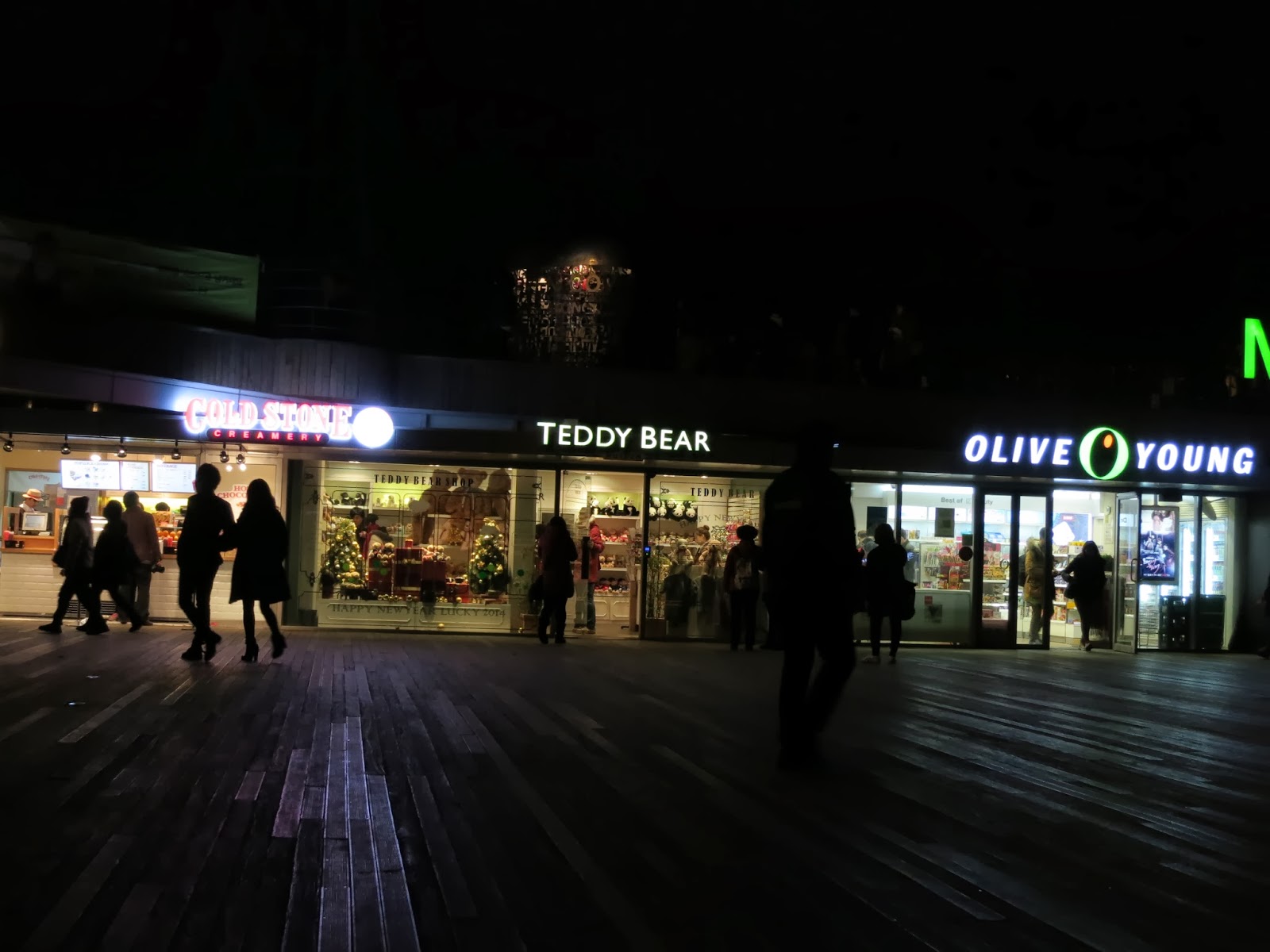 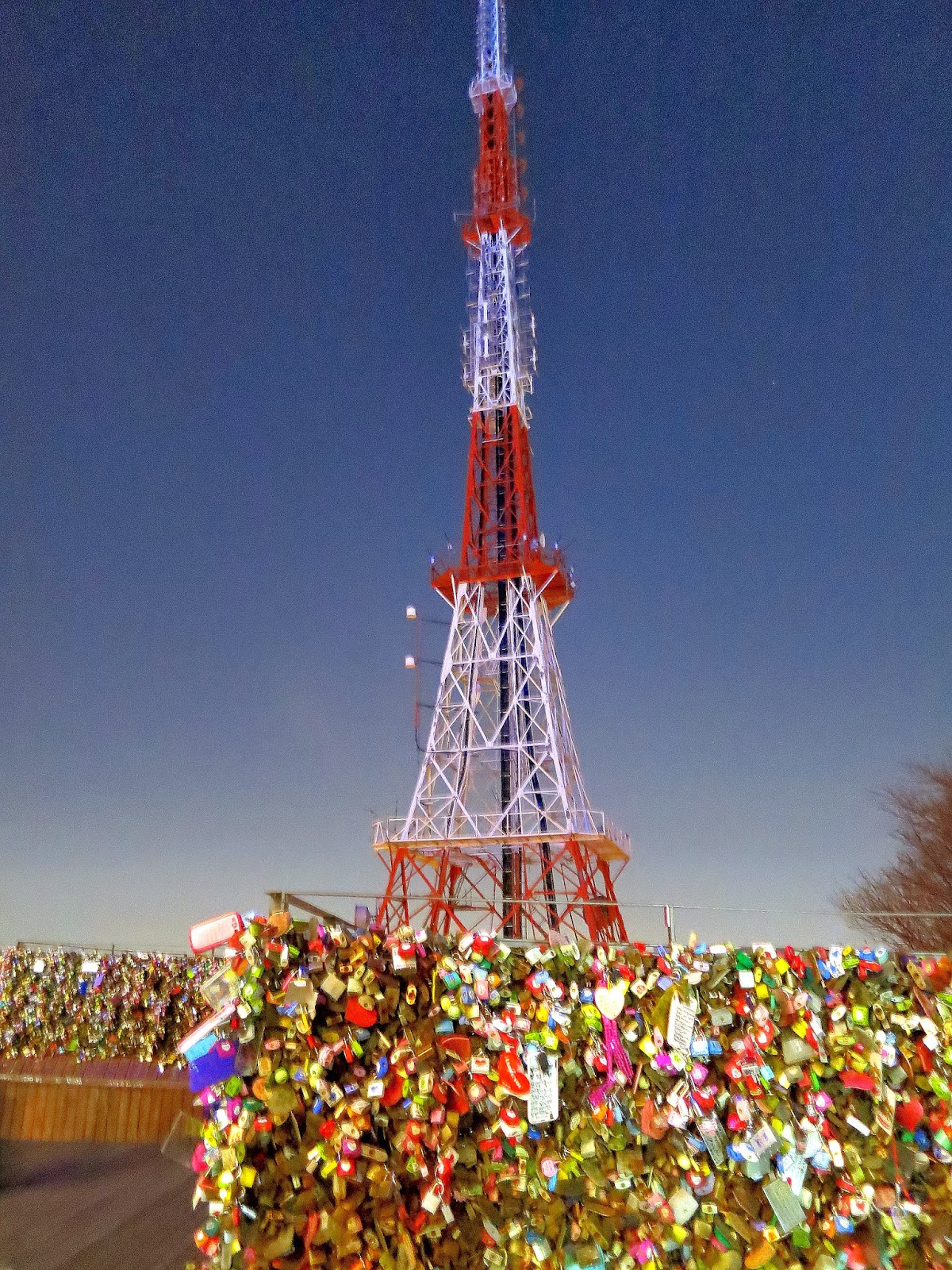 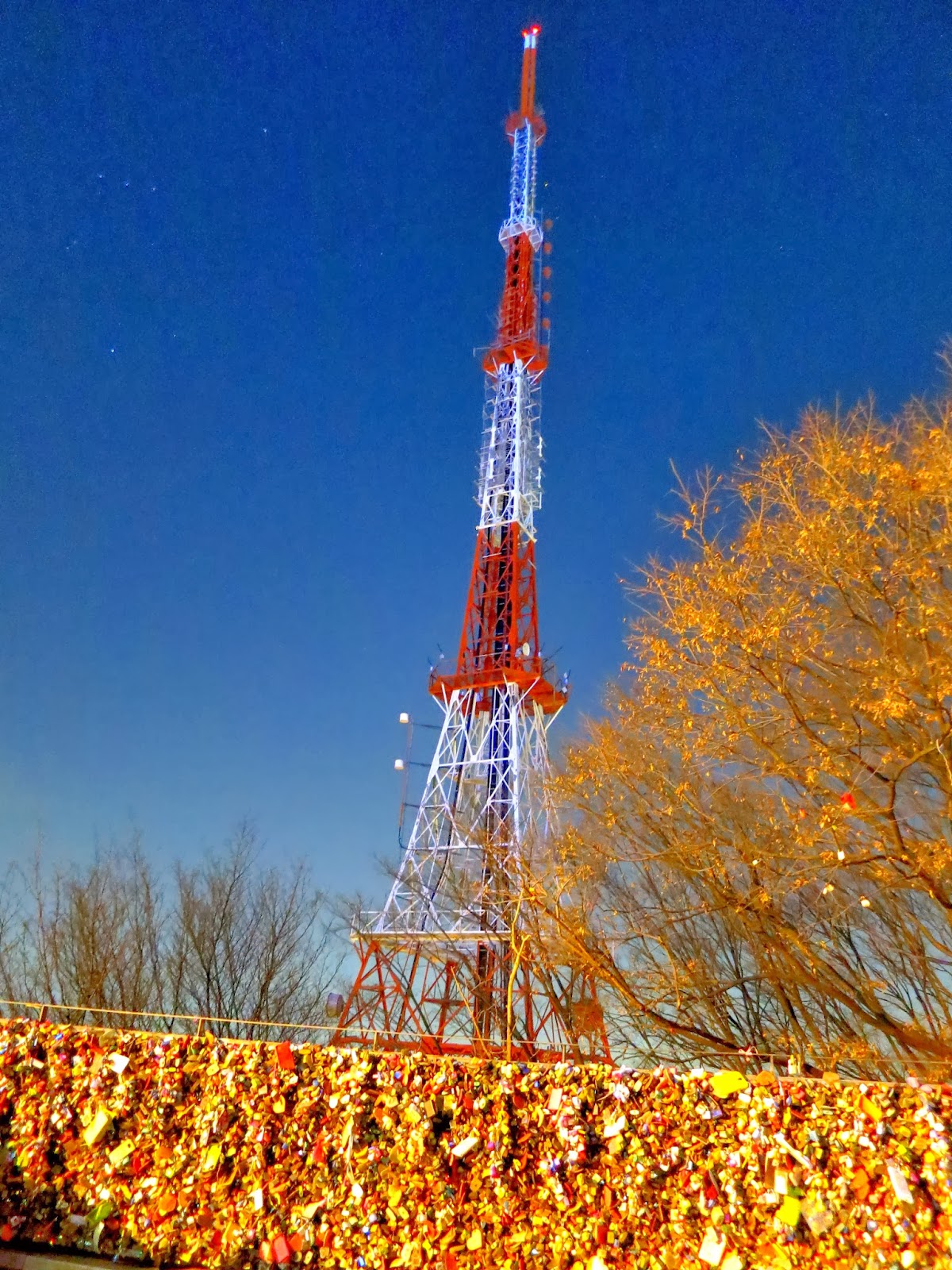 The temperature was below 0 degree that night! We were freezing while queuing up for the cable car back to the station. Namsan tower was really pretty at night, furthermore the sea of love locks complements the tower and added meaning to it. I'd highly recommend couples to make their way there! Of course, families and friends are encouraged to go too.

We are going to ski in Day 5!! Cats hotel has many brochures in their lobby, we picked one of the ski tour and requested the hotel staff to book for us. Meeting our tour guide at 7.40am in our hotel's lobby tomorrow. Good night! ^^
Posted by Lynne Chua at 1:47 AM