Why are you flying to Taiwan alone? Seriously alone?! Those were the questions my friends/relatives asked when they found out about it. Some said that I'm crazy, some said it's cool and some were impressed with my 'bravery'. Yup, I booked the air ticket and hotels, planned the itinerary etc, everything on Saturday morning (22 Jun 2013) when the haze condition was really terrible (PSI > 300) in Singapore due to the slash and burn activity in Indonesia. I could not stand breathing in the contaminated air and my throat was so sore that I just want to get out of Singapore. HOWEVER, the haze condition got SO MUCH BETTER in the afternoon and persisted till today (hailing in the west lol, 25 Jun). Oh well, I've already booked and I've been wanting to travel alone for a different experience. So Taiwan here I come!!

I couldn't sleep the night before the flight on Monday (24 Jun) as I was feeling very nervous about flying alone, afraid of all the possible unforeseen circumstances and I'm going off for not just a few days, but almost a week (6 days), ALONE. =( With a heavy heart, I boarded the plane in the morning at 8.55am, Changi Airport Terminal 2, to Taipei.

I was sitting next to an old couple who were going to Taipei to visit their daughter. The grandmother next to me spoke to me and touched my hand, asking me to be careful in Taiwan alone. =') Felt so touched that I wanted to cry. The flight was around 4.5h and it was a smooth touch down, 20min ahead of schedule. (Y)


The bus ride was supposed to be 2h10min, but it's near 2.5h when I reached my destination. Throughout the ride, I was very emotional when I looked out of the window. The sky was really gorgeous, blue sky with many white clouds. I didn't see this in Singapore for a week due to haze and finally I'm seeing it. Of course, the sky in Taiwan is nicer than Singapore at all times, given the best conditions. I couldn't control my tears as I realized how blessed we were and how a negative change in weather condition could affect everyone's life. I really do appreciate all the good weathers now. Please stop the fire in Sumatra and hopefully our neighbour will stop this culture once and for all. It's affecting both Singapore and Malaysia on a yearly basis - health deterioration, economy costs, to a huge extent. Health is always more important than money.

Cityinn Plus Taichung Branch is situated behind Taichung Railway Station. One has to walk through the underground pass to the rear of the station. Once you've exited the station, walk straight and turn right, you'll see the hotel (orange panels).

The staffs were very friendly and the checking in process was pretty fast. After 8h of traveling from Singapore to Taichung, I was really exhausted... The hotel room was so welcoming, clean and nice! The snacks and drinks in the room (Dorito, Tea, Coffee & Mineral Water) are all free of charge. =)

The view out of my room's window was quite nice too, overseeing the railway station and the buildings behind.

Not forgetting the nice corridors of the hotel!! I stayed at level 10, the highest level. 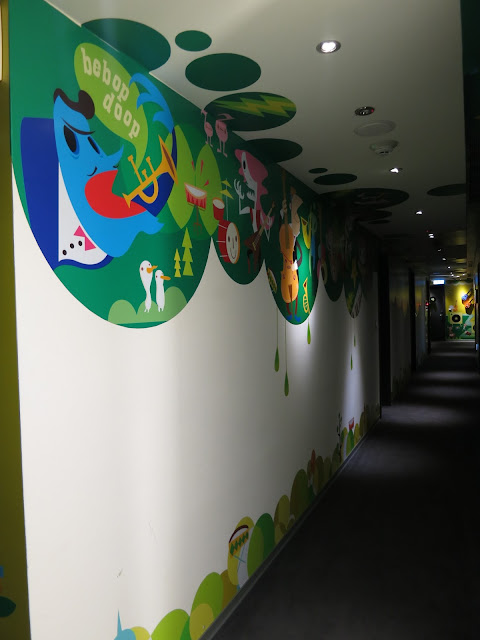 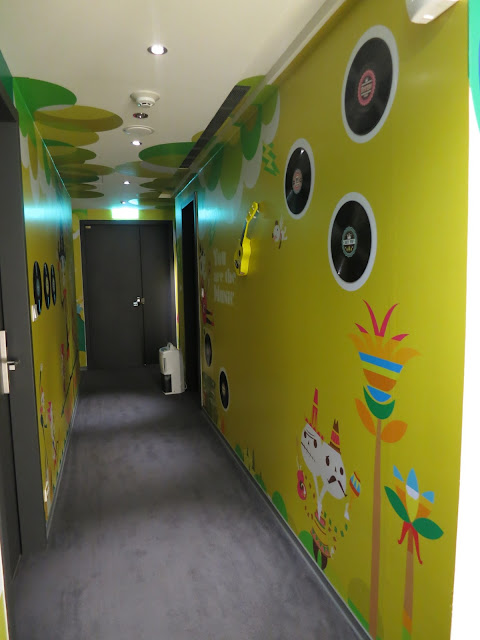 My initial plan was to go Feng Chia Night Market on the first day, but the bus journey to the night market will take approx. 1h and it's already 7pm+. Thus I changed my plan and headed off to Yizhong Street. There're many buses going to Yizhong street from Taichung Train Station. Took bus 55 and dropped off at National Taichung University of Science and Technology (國立台中科技大學), NT20. 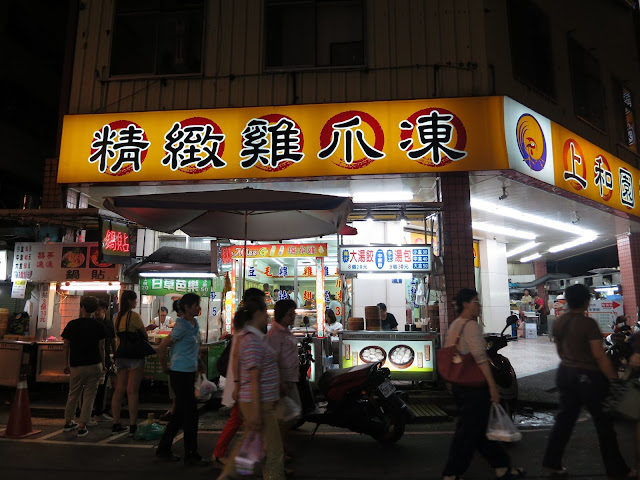 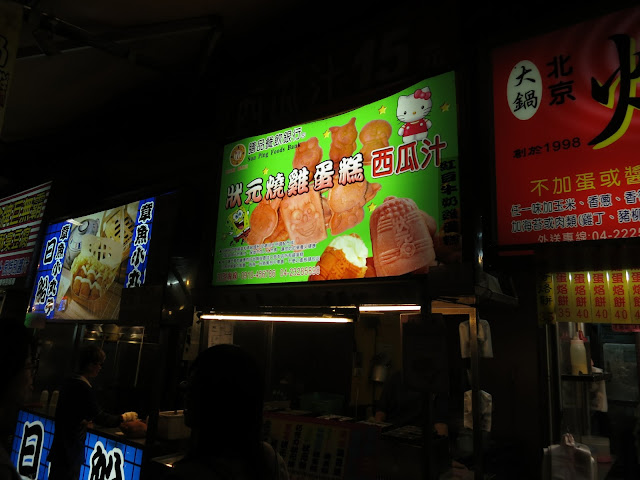 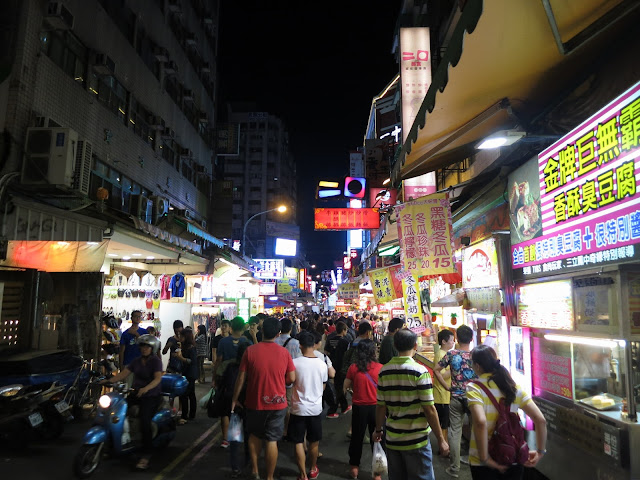 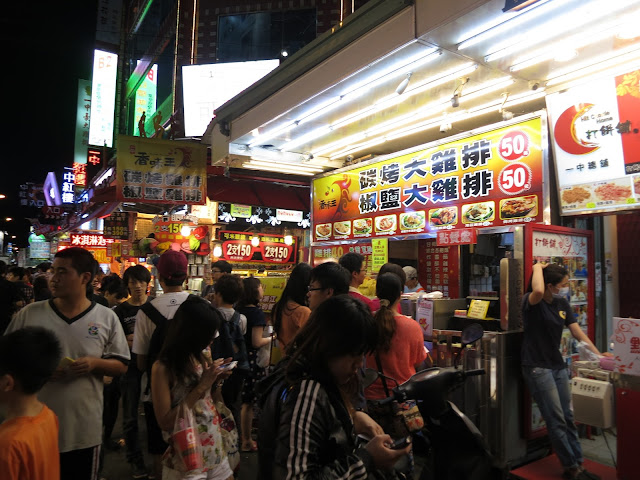 Singaporean mind set: long queue = nice. Thus I joined in the queue and got myself one packet of chicken chop, NT 55. 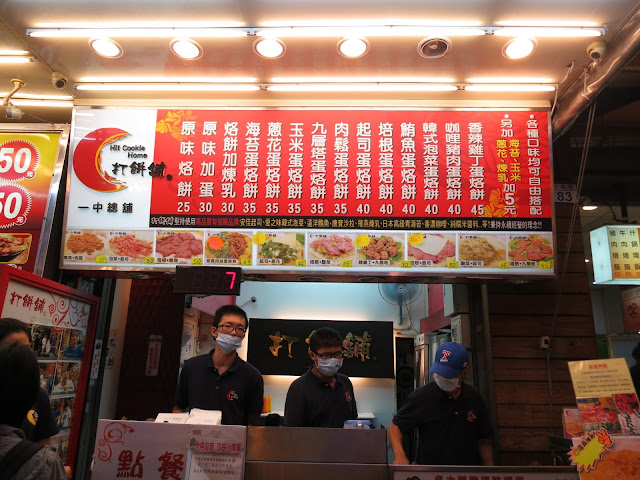 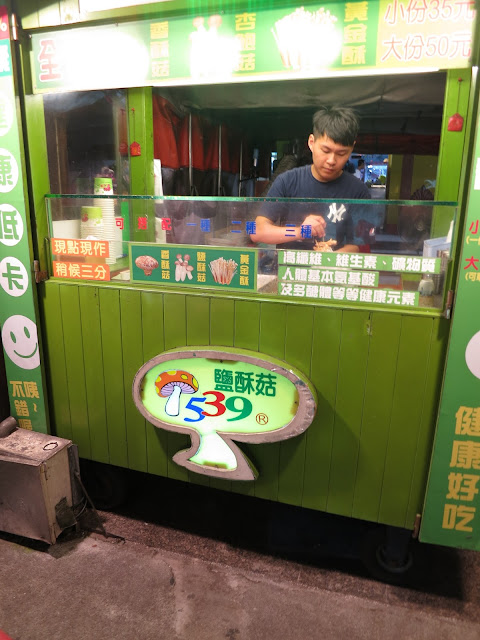 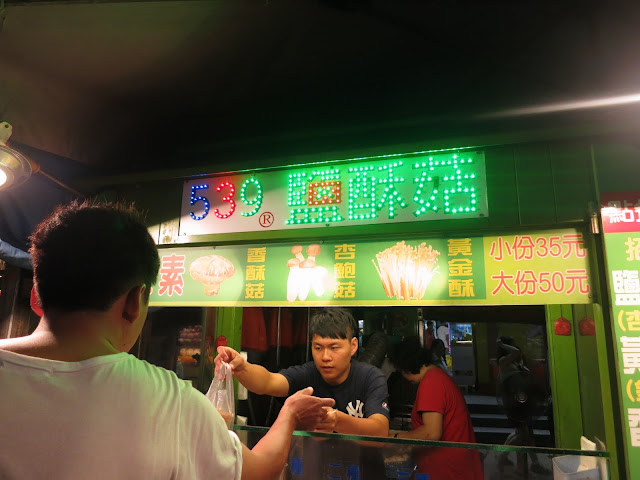 One bad thing about night markets in Taiwan is that it isn't easy to locate a toilet. I went into Chungyo Mall, the only atas shopping mall in Yizhong Street and the toilet was so well designed!

I didn't buy anything and was really tired so I've decided to call it a day. Took a bus back to Taichung Train Station at National Taichung University of Science and Technology (國立台中科技大學).

Day 1 alone was not so bad. Was very emotional at the start but it gets better after awhile. Wish me luck for the rest of my journey!!! =)