My itinerary for today was to go to Taichung Metropolitan Park in the morning followed by Feng Chia Night Market and ending with walking around Taichung Station. I had a good breakfast buffet provided by Cityinn Hotel! 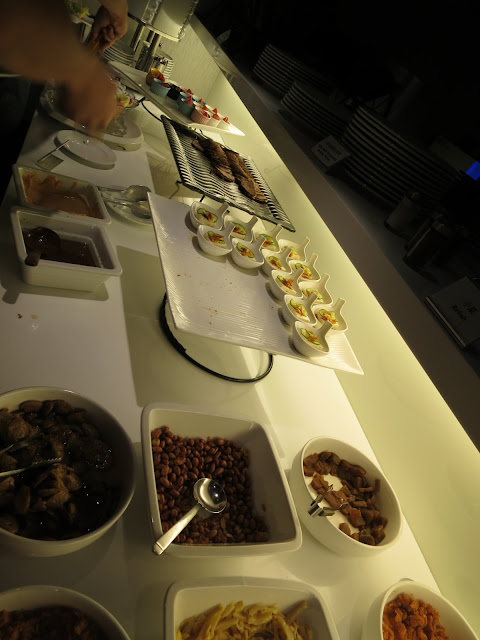 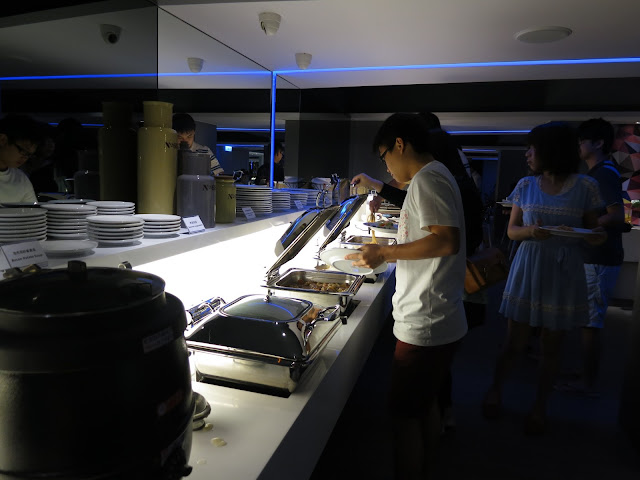 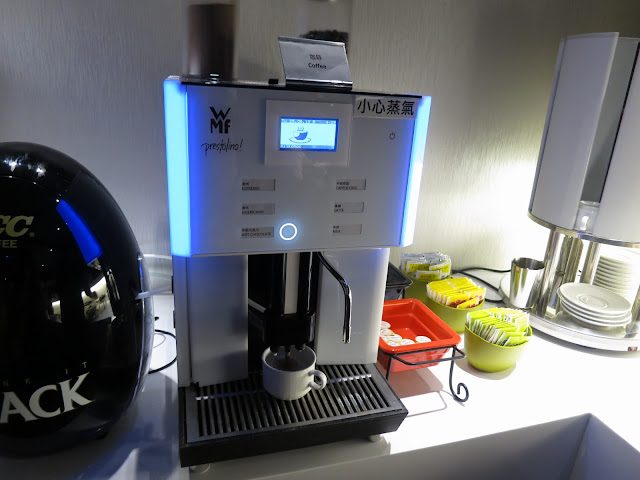 It started pouring after I had my breakfast and the park was rather inaccessible as one has to walk 30-40min after alighting from the bus. So I changed my plan and headed straight to Feng Chia Night Market (Wenhua Road) as the opening hours stated online is 12pm-2am. There're a few buses to get there from Taichung Station. I took bus 35 (NT 25) and arrived at Feng Chia University bus stop in about an hour time. 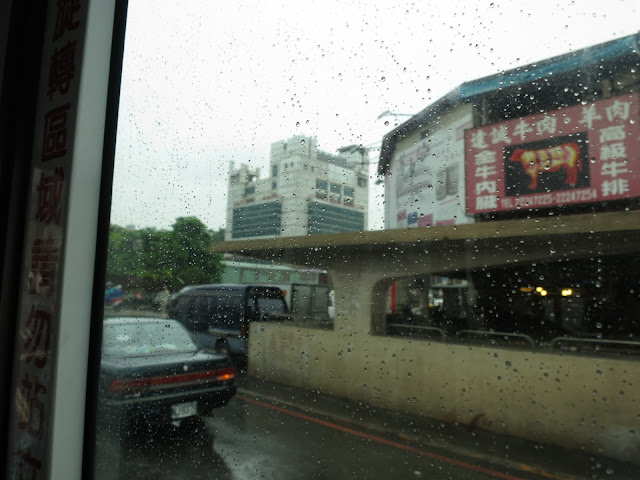 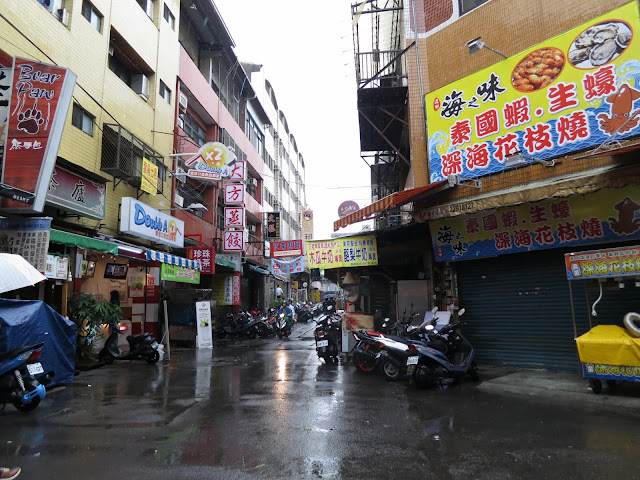 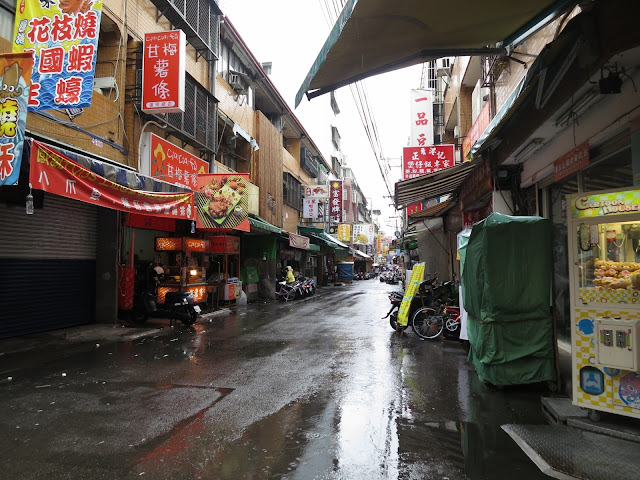 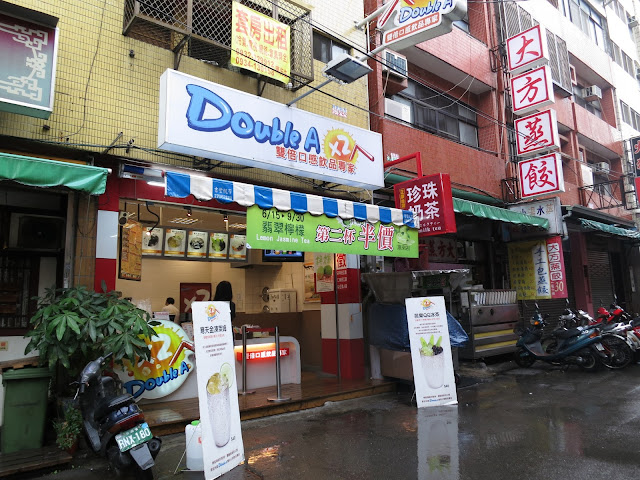 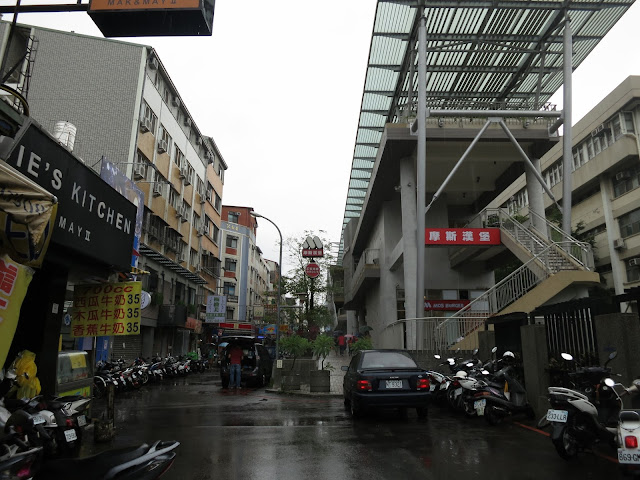 I don't really like to walk in the rain, with an umbrella, and I found somewhere next to Tai Feng Xue Yuan to sit down and check out where else I can go to spend some time so that I can come back to Feng Chia Night Market in the evening. Shin Kong Mitsukoshi (新光三越) seems to be quite near from Feng Chia Night Market as seen from the map. To be sure of the direction, I asked a lady where is Shin Kong Mitsukoshi and she said that it's quite far away to walk and even offered me a ride! She's so nice! But I didn't wish to trouble her and I also want to shed off some time since it's still early. So I set off and move towards the shopping mall!

See this cute doggie 'riding' a bike!!! So kawaii!!

I spotted a shop selling 水煎包 (Shuijian Bao) and got one for myself. Yum yum! ^^ Taiwan food are really damn good. Any random shops/stalls can satisfy your taste bud! 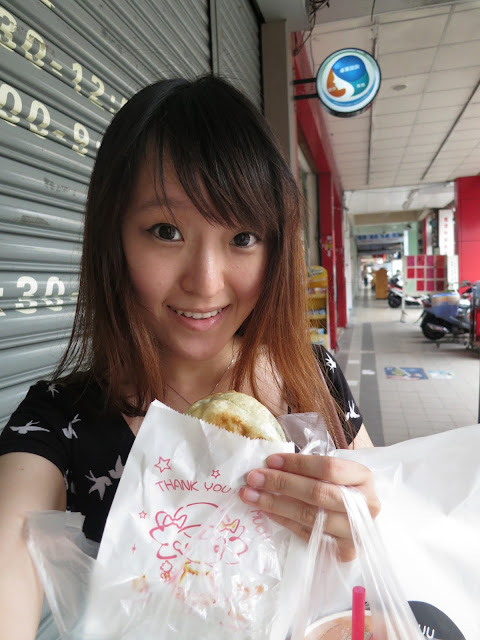 Finally, after walking for ONE HOUR, I saw a glimpse of the building!!! I went into Mcdonald's for the toilet and some rest before heading to Shin Kong Mitsukoshi.

Alright, something scary happened after I crossed the bridge. A guy, Taiwanese, came up to me, showed me his IC (proving that he's staying in TW), told me that he needs to get to Taipei and didn't have enough cash. I dislike people asking me for money, to be honest. He told me he needs money to take the High Speed Rail. I asked him how much he needs, he said NT 140 (SGD 6). At that point of time, I couldn't mentally calculate how much is that amount in SGD and my first reaction was 'HUH?!'. I rejected him by saying no. However, he pressed on and asked me for NT 40 so that he can at least take a bus to High speed rail station. I rejected again. HIS FACE CHANGED and didn't say another word. I found it so ridiculous as I don't owe him anything and he should at least say 'its okay' when I turned him down. Seriously???? Okay, then I walked off. After a few seconds, I turned back, he's walking behind me as though he's following me! And when I turned to look, he stopped. I was so anxious as I'm so afraid that he's really following me. Thus I paced up and kept turning back to look, he's still walking and looking at me. Until a point, I finally lost sight of him when I turned back. I quickly crossed the street and walked into the mall. Arghhhh, I can't imagine how it might end up if he really flare up when I didn't give him money.


This mall is like one of the many similar shopping malls in Orchard Road. Nothing much to buy except for branded goods. But I'm pretty sure that this mall is SAFE. I saw very nice tumblers at Starbucks!! I didn't buy though.


I was back to Feng Chia Night Market at about 4.45pm after a 10-15min bus ride from Shinkong Mitsukoshi. Time to see, shop and eat!! 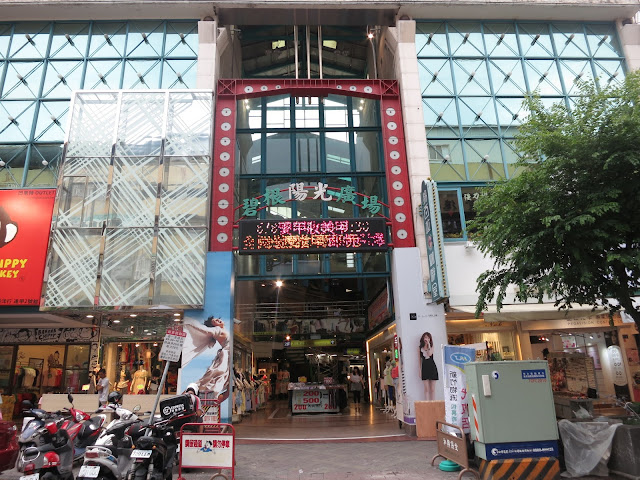 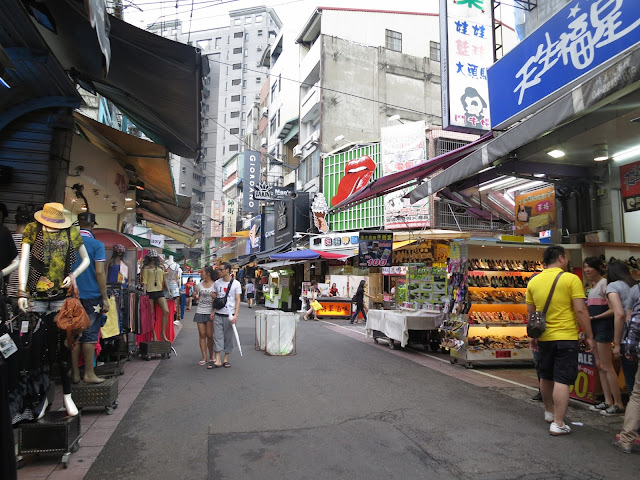 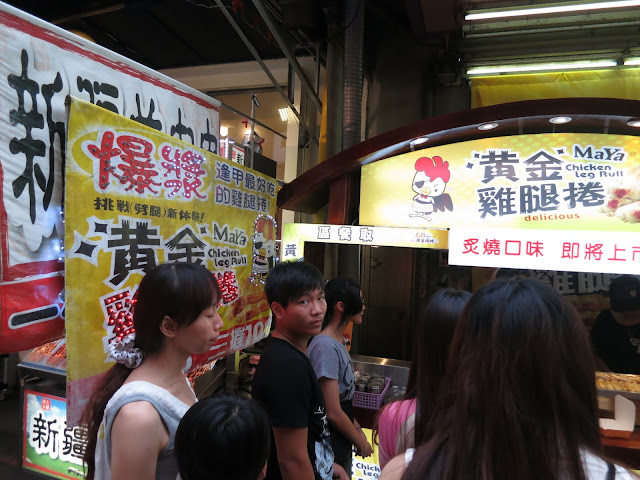 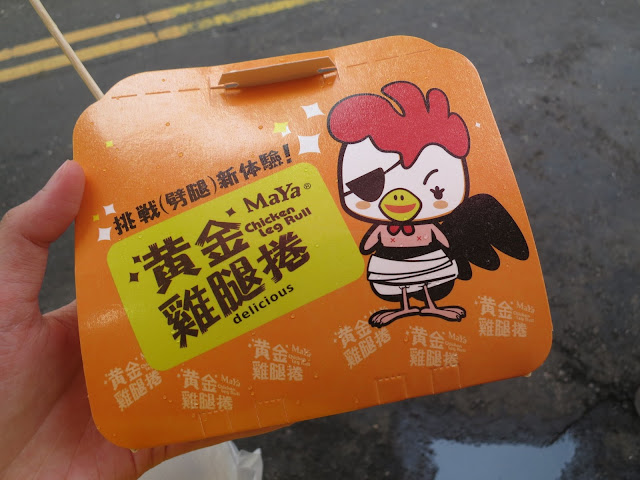 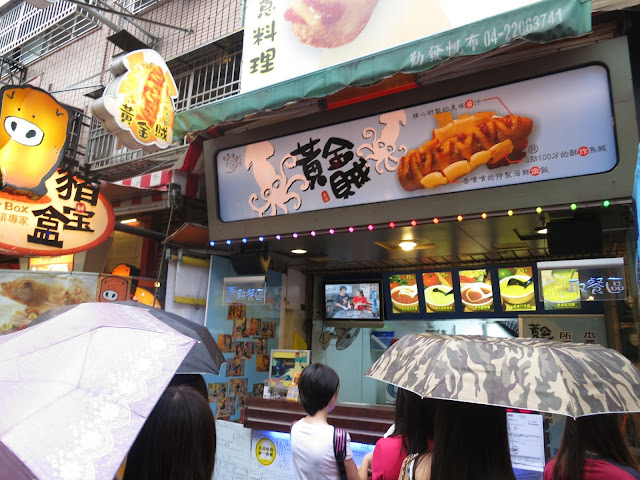 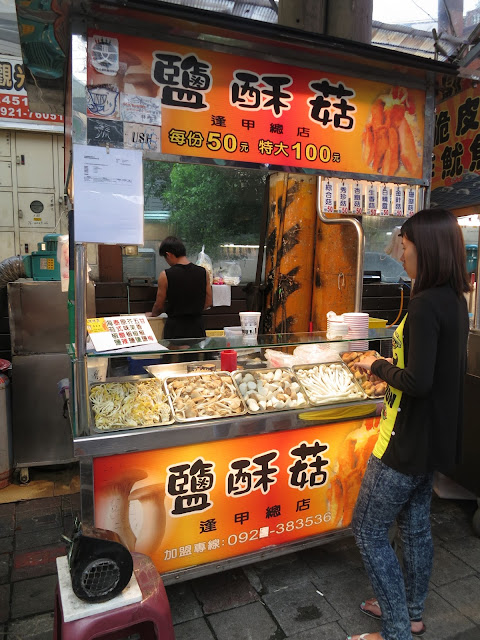 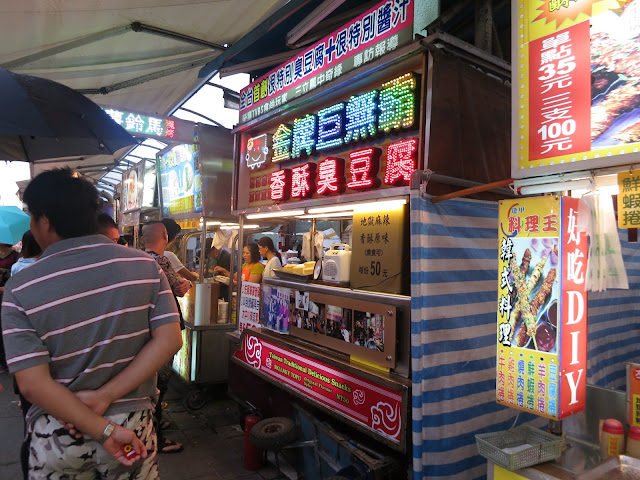 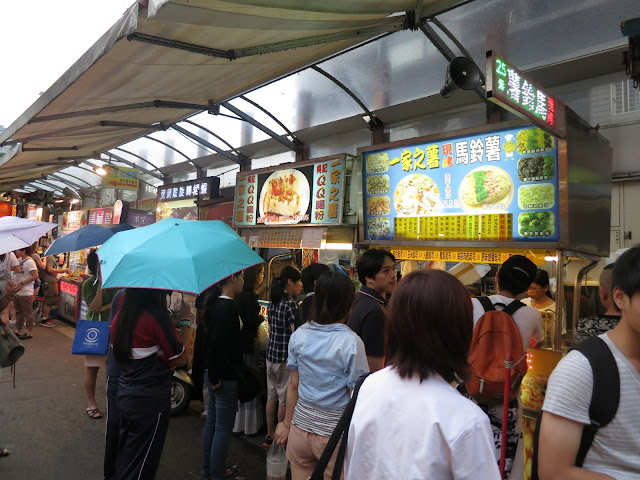 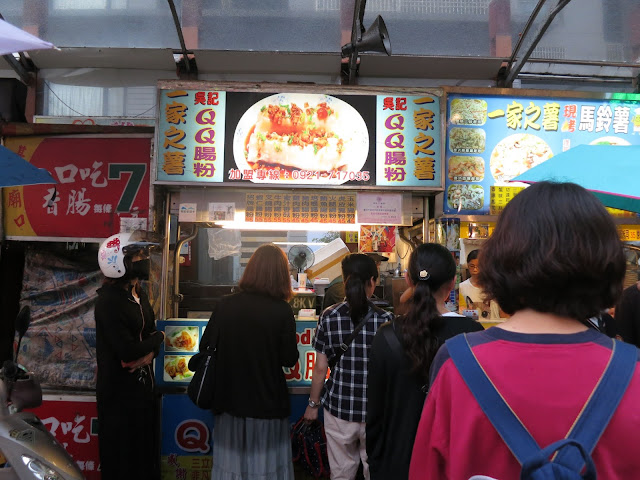 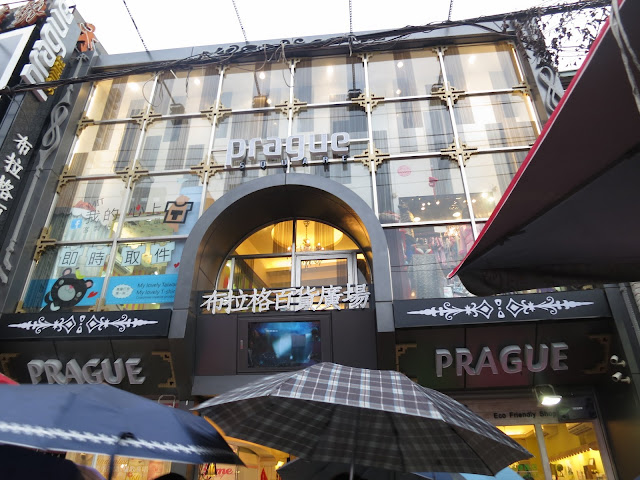 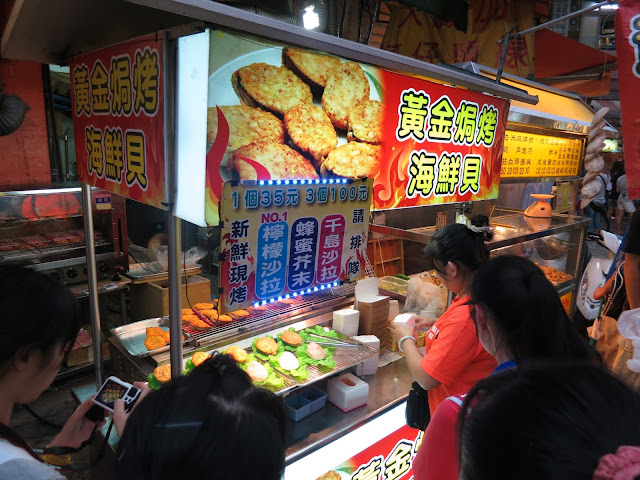 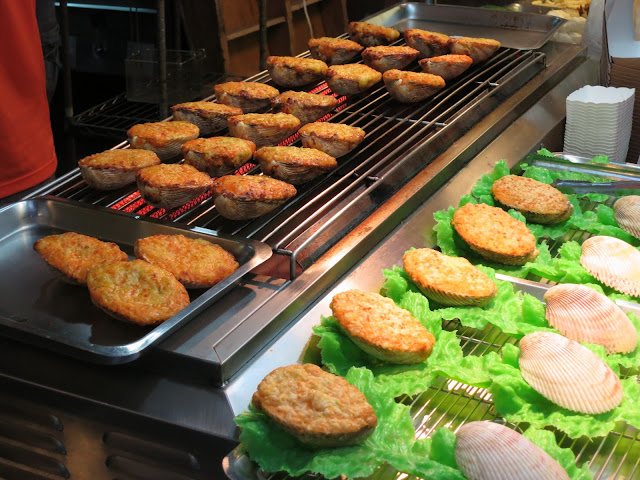 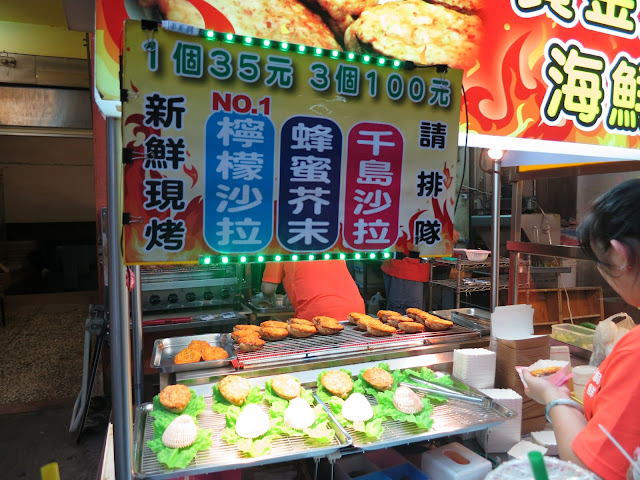 Feng Chia Night Market is a food and cheap shopping heaven!! If you plan to go to Taichung, going there is a MUST. Day 2 was good and how I wished the incident in the afternoon never happened. Thank you everyone who asked me to be careful. I will be on higher alert. I'll be leaving Taichung on Day 3 to Taipei. =)