It's been slightly more than a year since my last solo trip to Taiwan in June 2013. :)

This gonna made history as my shortest (4D3N) trip to Taiwan. I had a mission to deliver some stuff to my cousin who's currently studying in Taipei, staying at Hsinchu. I have never been to Hsinchu even though I've traveled to Taiwan for 3 times before this trip. Thus, I agreed to travel down to Hsinchu to pass the things to my cousin and spend some time in Hsinchu.

I got myself a SIM data card from Chunghwa Telecom at NT 300 (SGD 12.70), including 3 days worth of unlimited 3G and NT 100 credit for phone calls. You can get it at Terminal 1 after exiting immigration, turn left, walk straight and turn left again after seeing Subway, you'll see Chunghua Telecom store next to a money changer.

My cousin and his god mum, whom is a Taiwanese, fetched us from Hsinchu HSR Station and brought us to a famous hotpot restaurant - 鼎王麻辣鍋.

Ding Wang's service was really SUPERB. The waitress actually did a 90 degree bow every time she served us!!! My cousin and I were not used to such respectable service at all. We got a little awkward whenever she bowed to us. Our soup level will never go too low as they will constantly come by our table and top it up, as well as adjusting the strength of the fire. Impeccable service indeed. Ding Wang has several many other outlets across Taiwan, do check out their website if you are interested.

We ordered a hotpot with twin flavours, 麻辣锅 (spicy) & 酸菜白肉锅 (sour veg, white meat). The spicy level was initially 'small' and I requested to increase to 'medium' as it wasn't spicy enough. I would advise you to start from medium and increase the level if you can take it. The basic stuffs such as vegetables, corns and duck's blood are refillable without any extra cost. I'm not too sure how much was the total bill as it was footed by my cousin, indirectly by my aunt, who wanted them to bring me to this hotpot restaurant. But I'm sure it was not cheap. Thank you for the yummy treat! :) 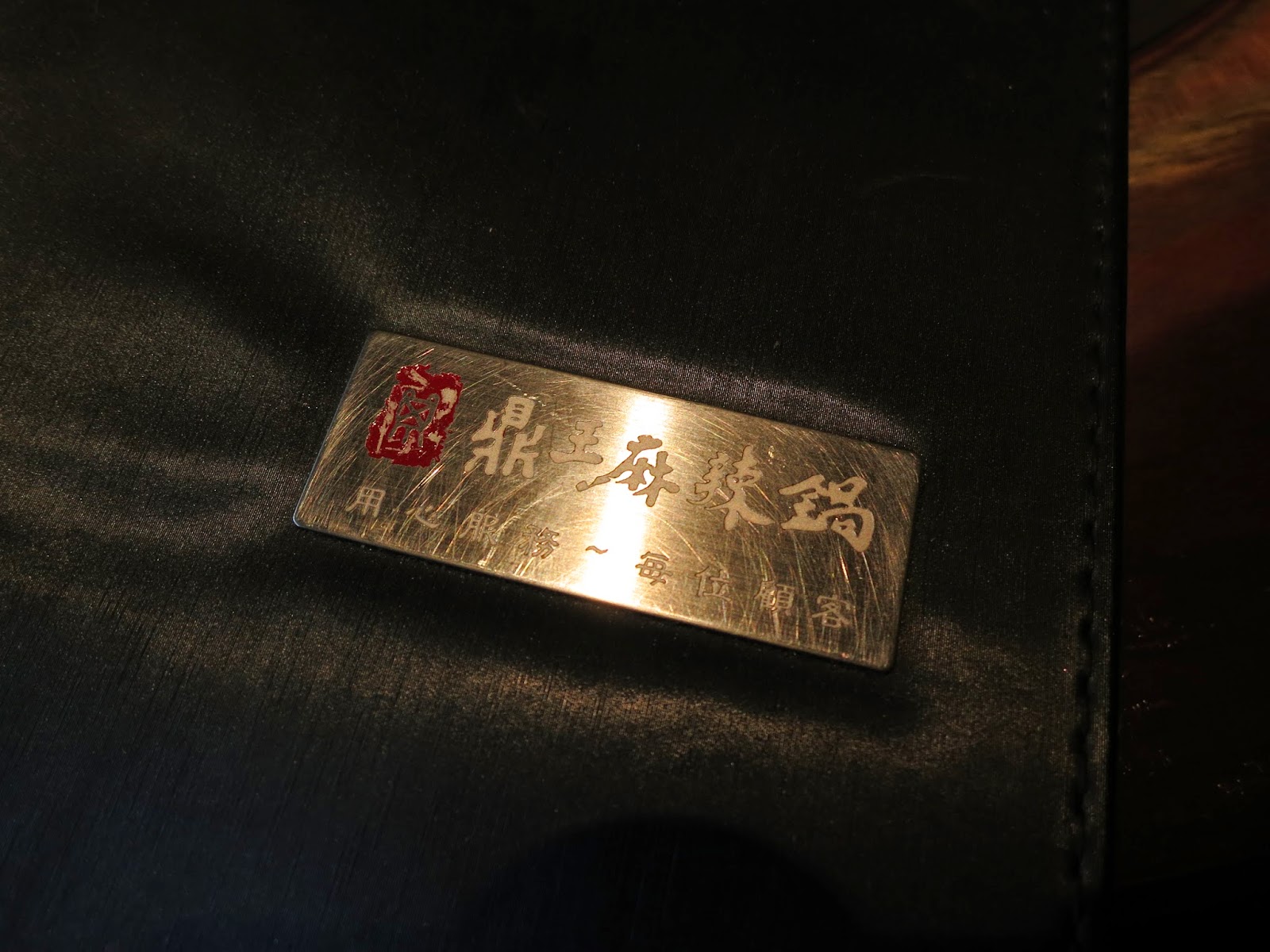 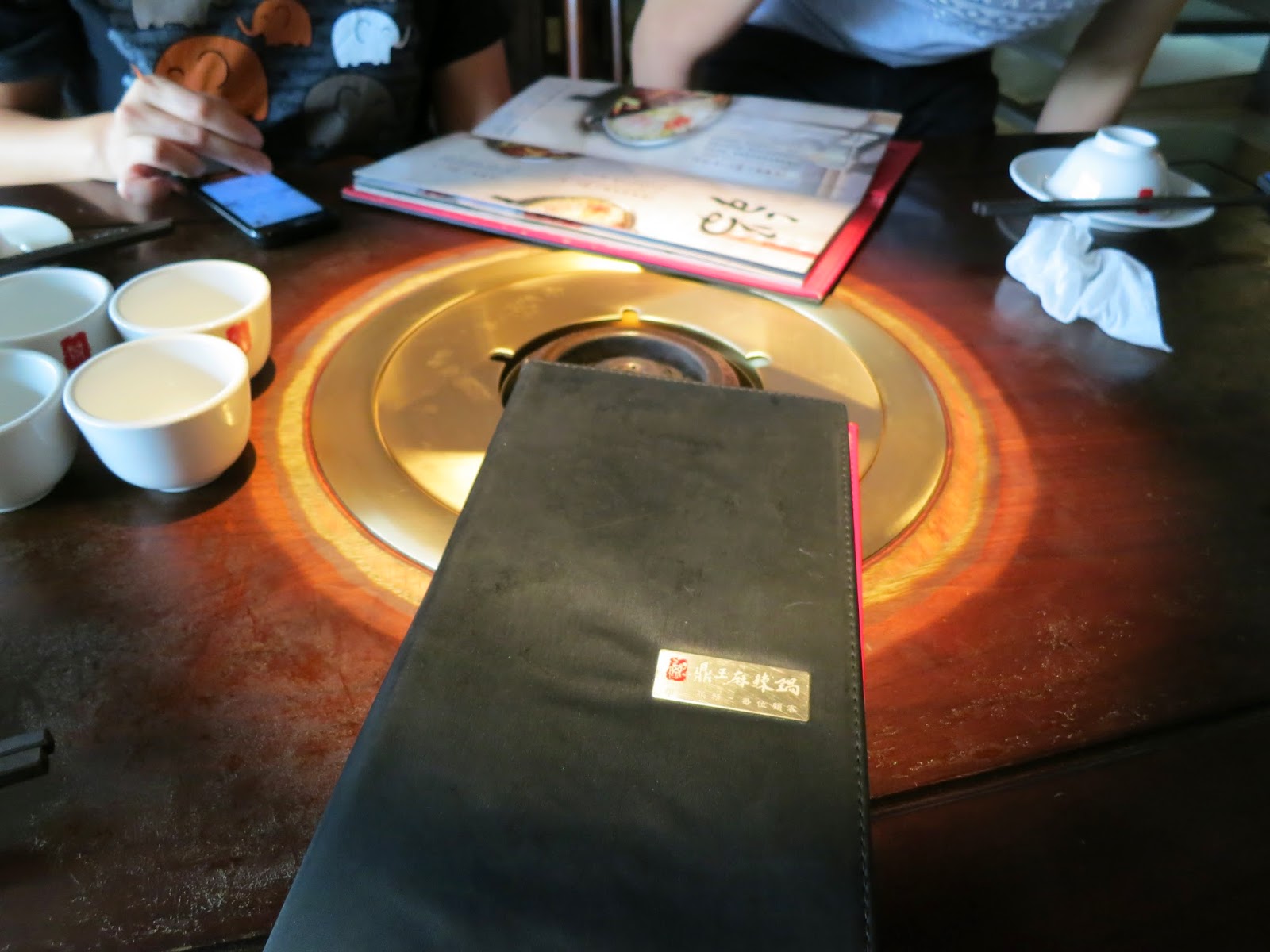 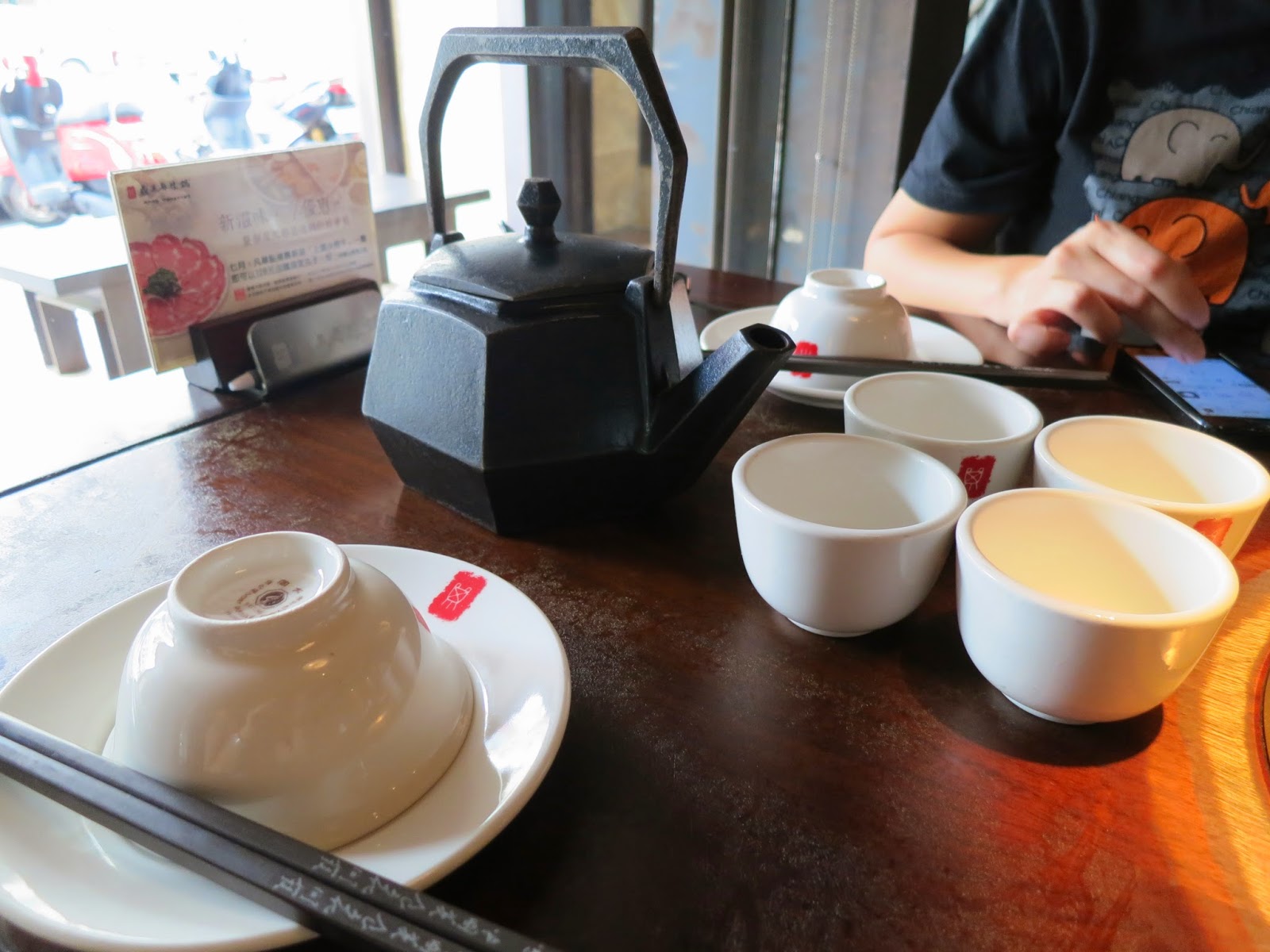 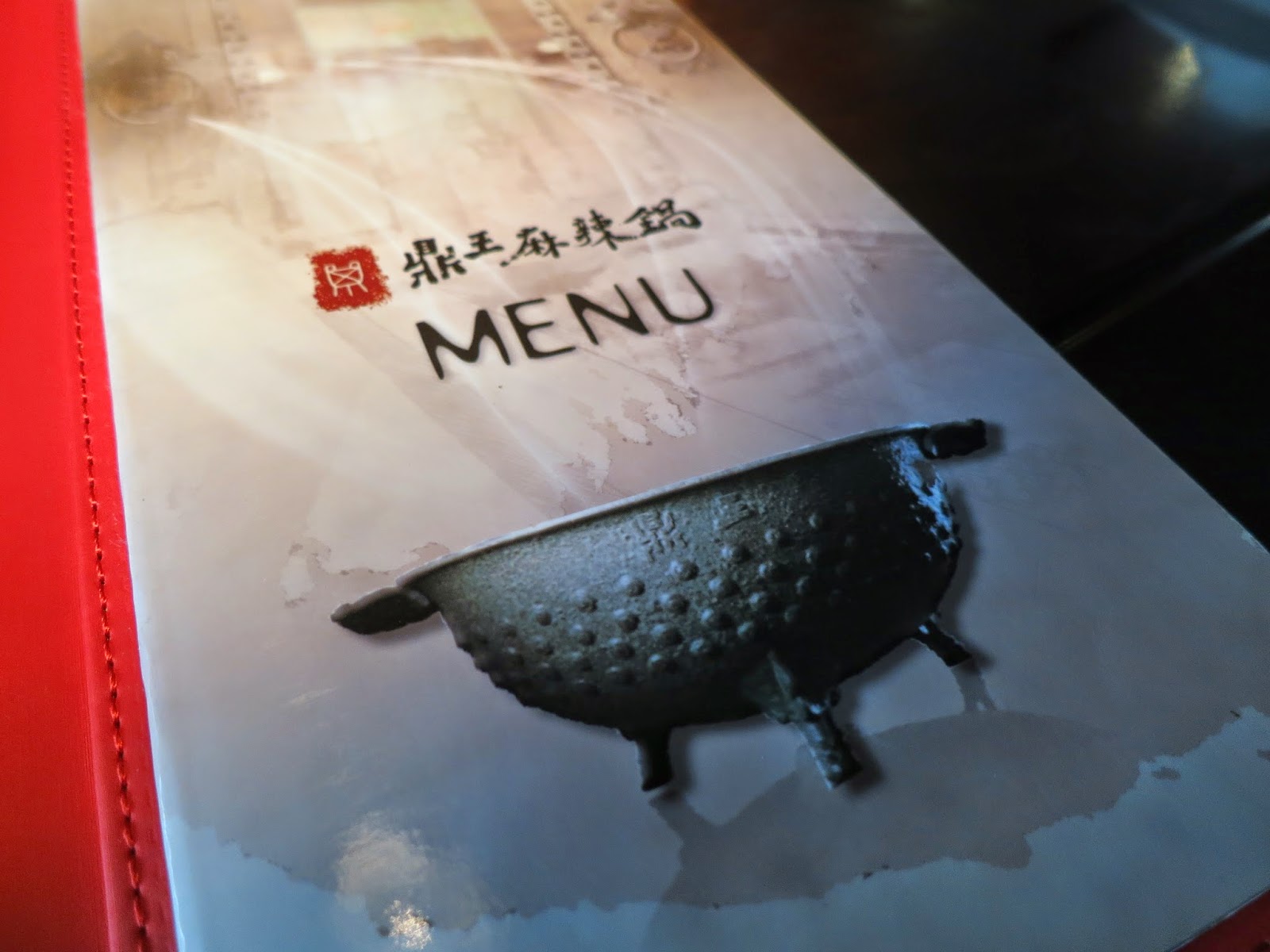 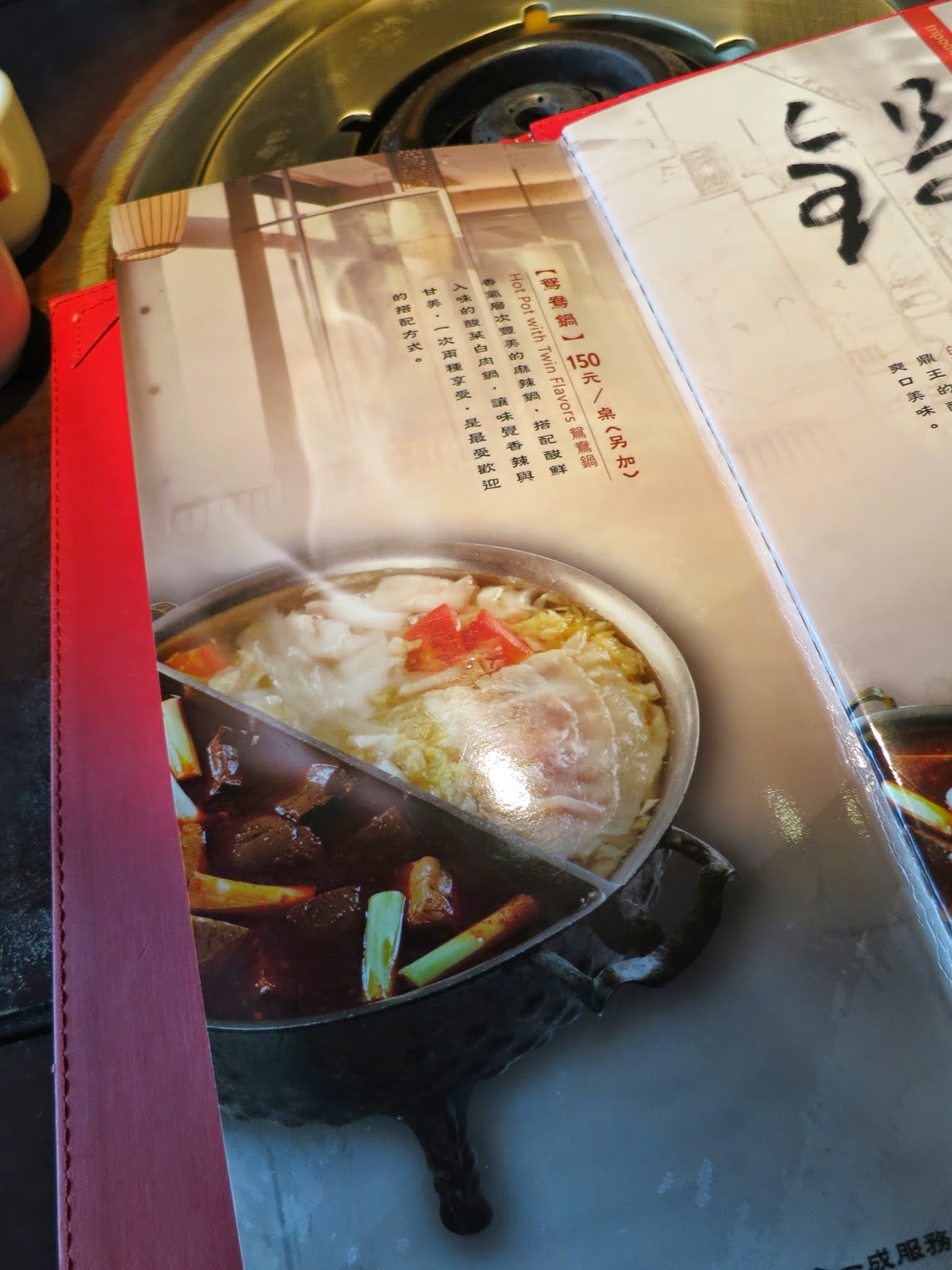 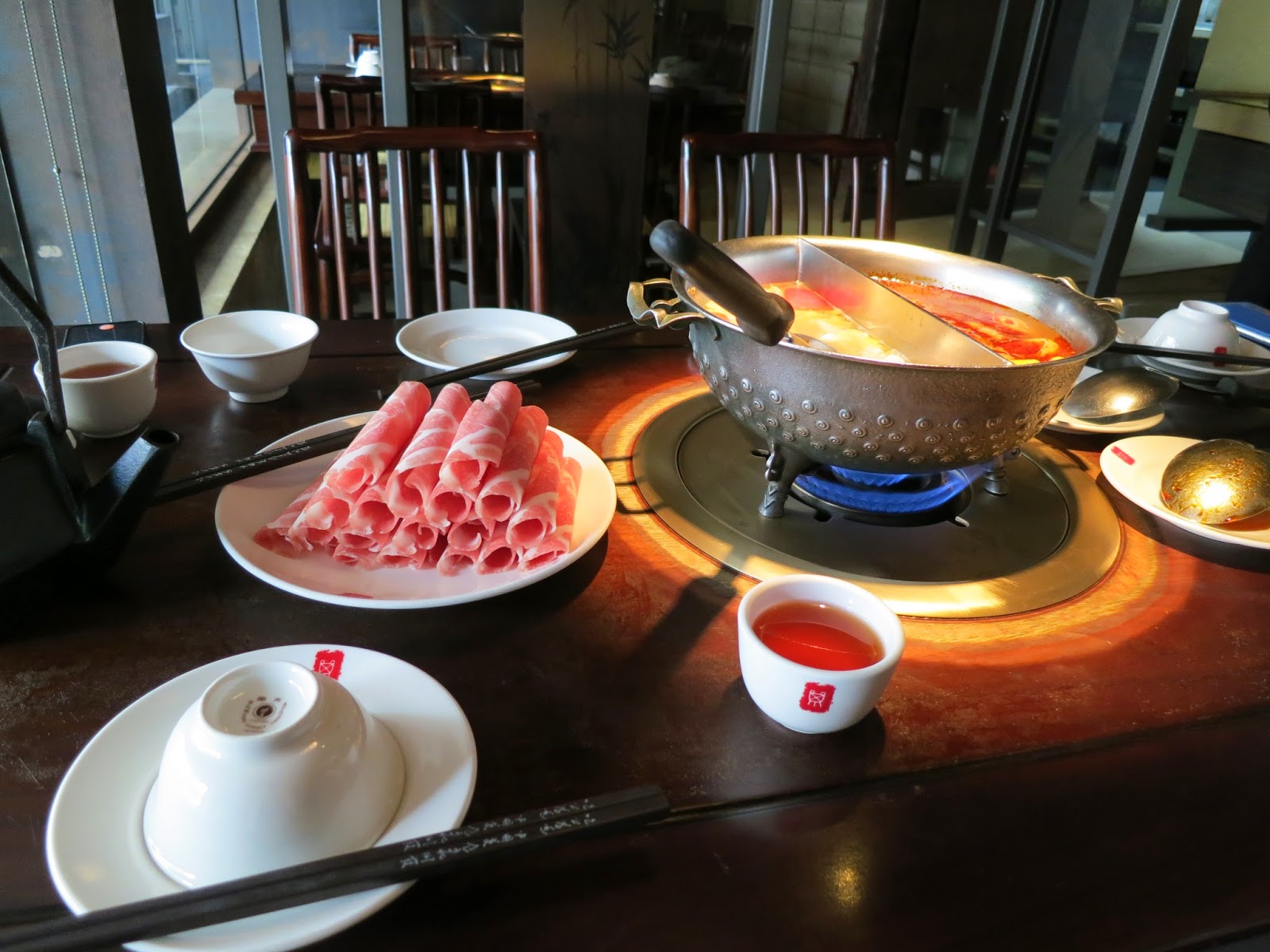 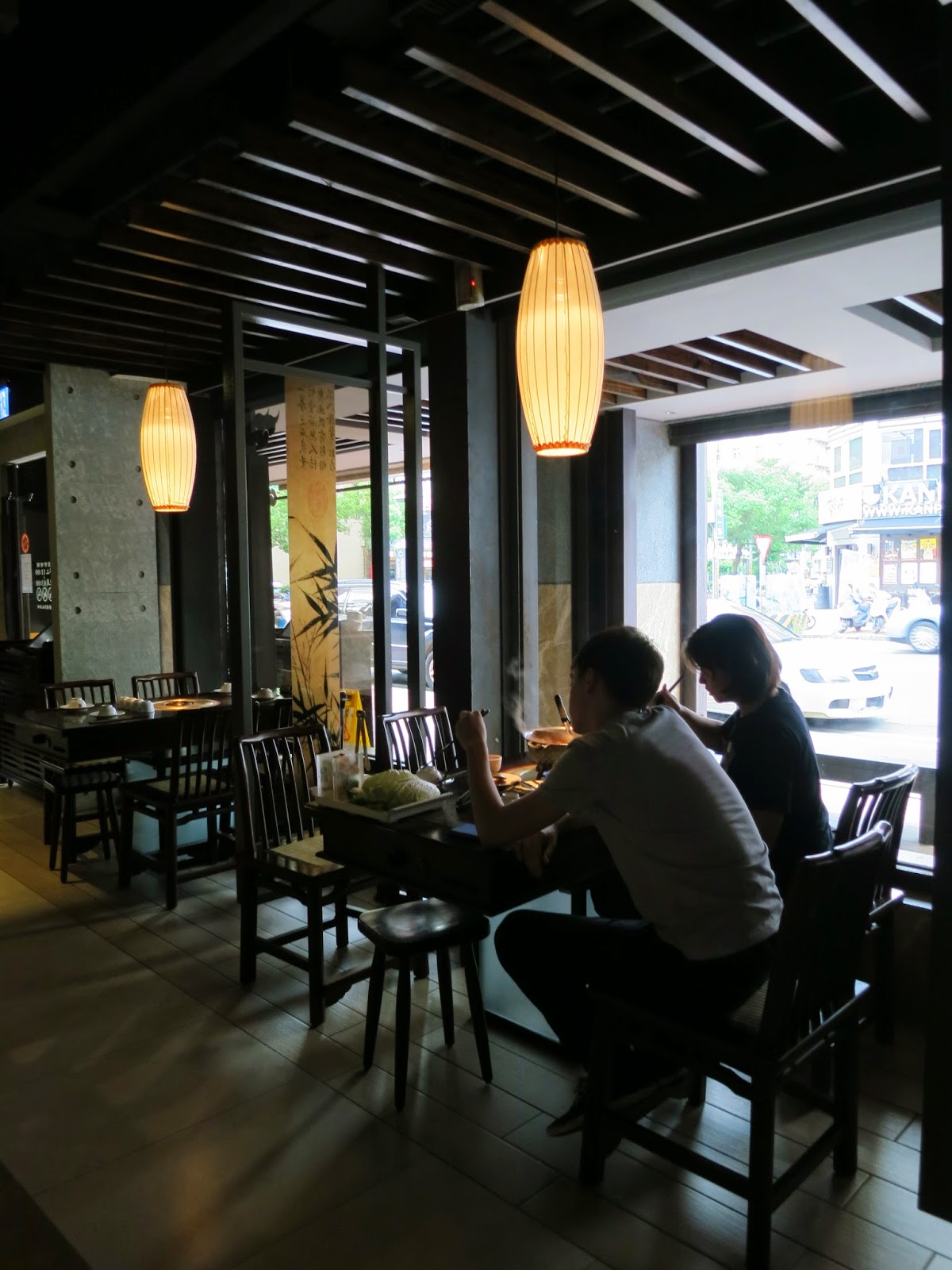 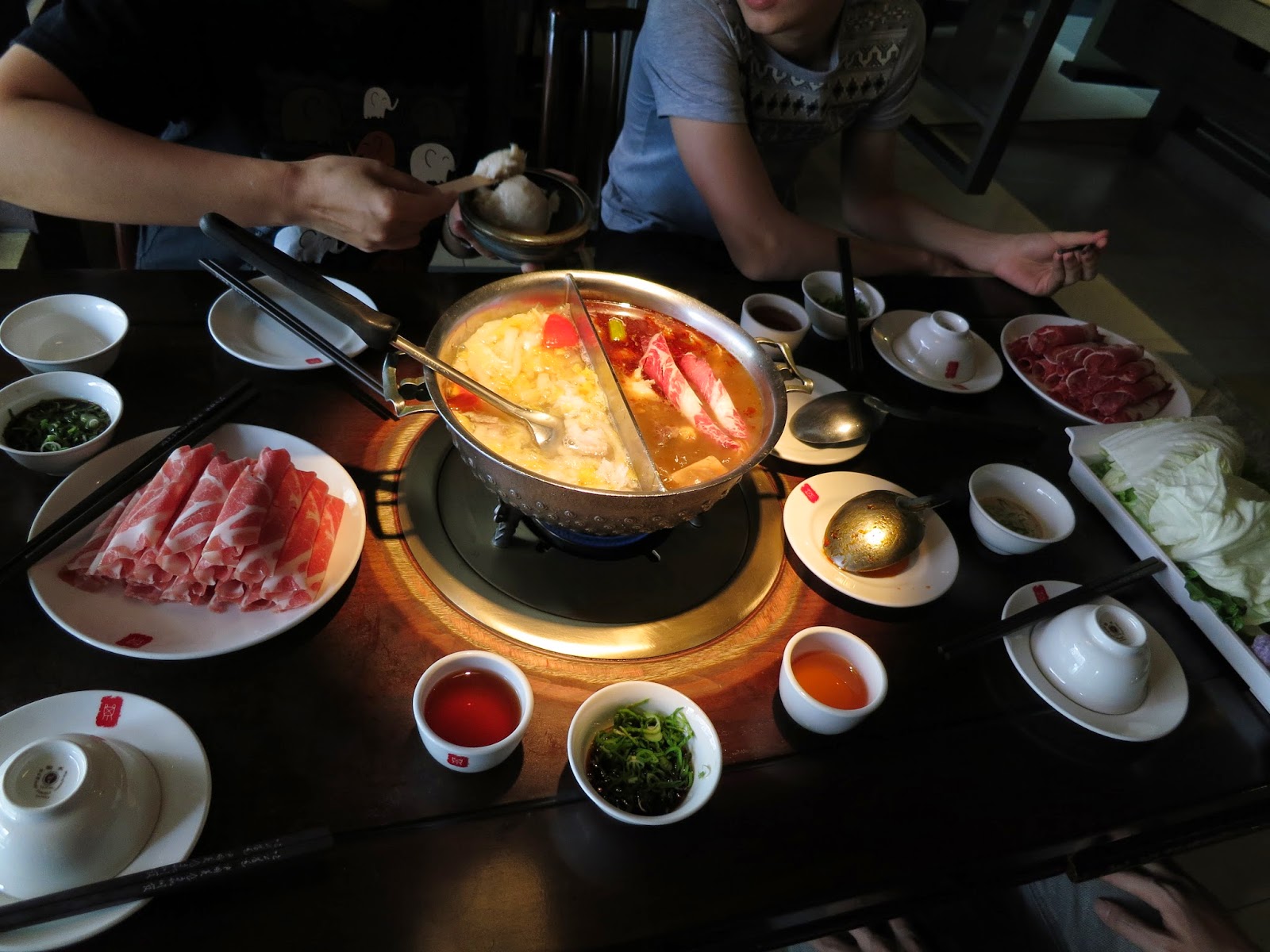 The meal took about 1h 40min and we couldn't finish all the food we ordered as we were too full. We were sent back to Hsinchu HSR Station and bought our train tickets (NT 305 = SGD 13) to Taipei. It was really a short stop in Hsinchu, the feel in Hsinchu was actually not much different as compared to Taipei. 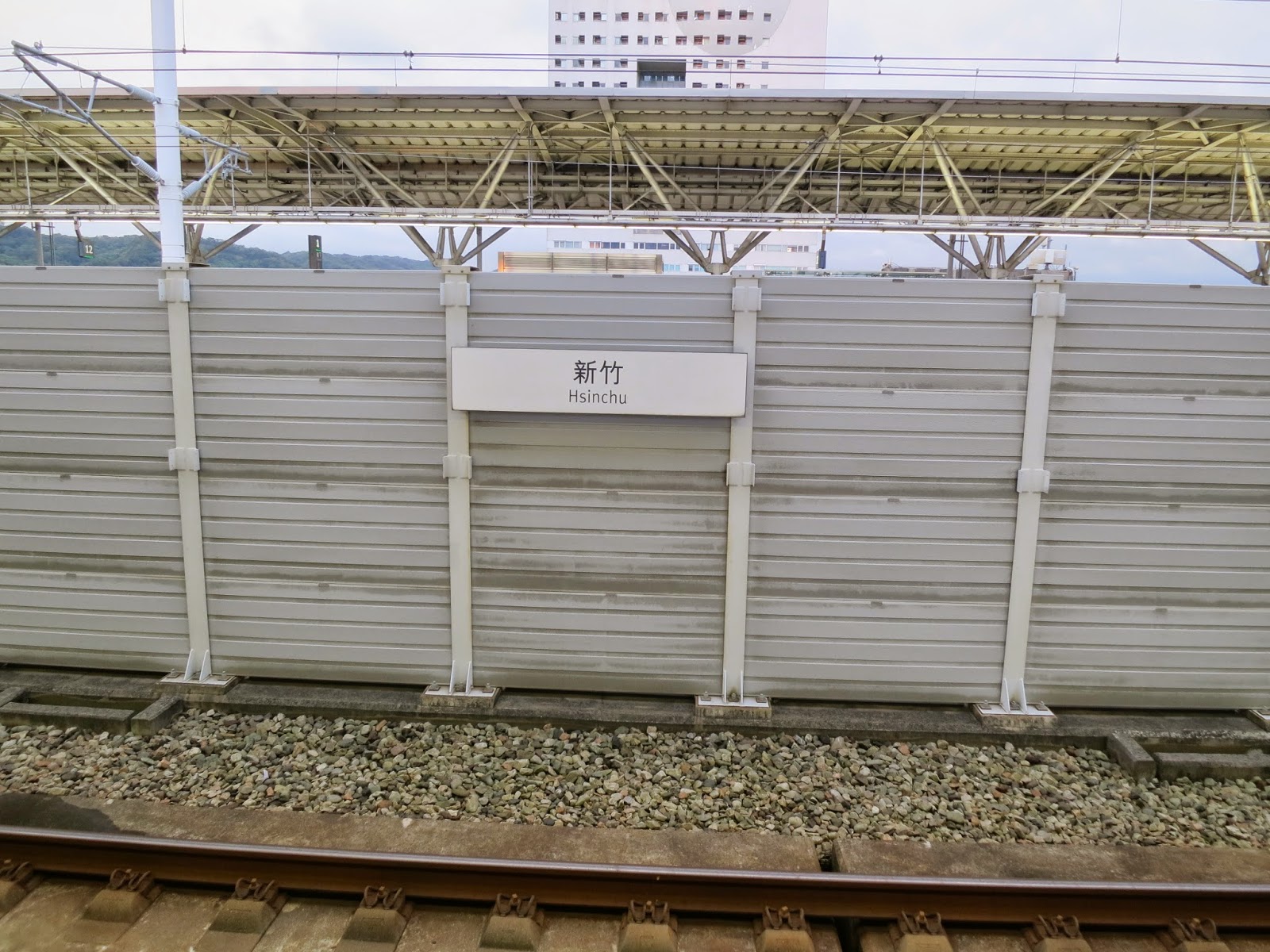 Hotel Puri is conveniently situated in Ximending area. A short 2-3 min walk from Exit 6 of Ximen MRT Station. Upon exiting Exit 6 (via escalator), walk straight (along Chengdu Road) and turn into the first small alley on the right. 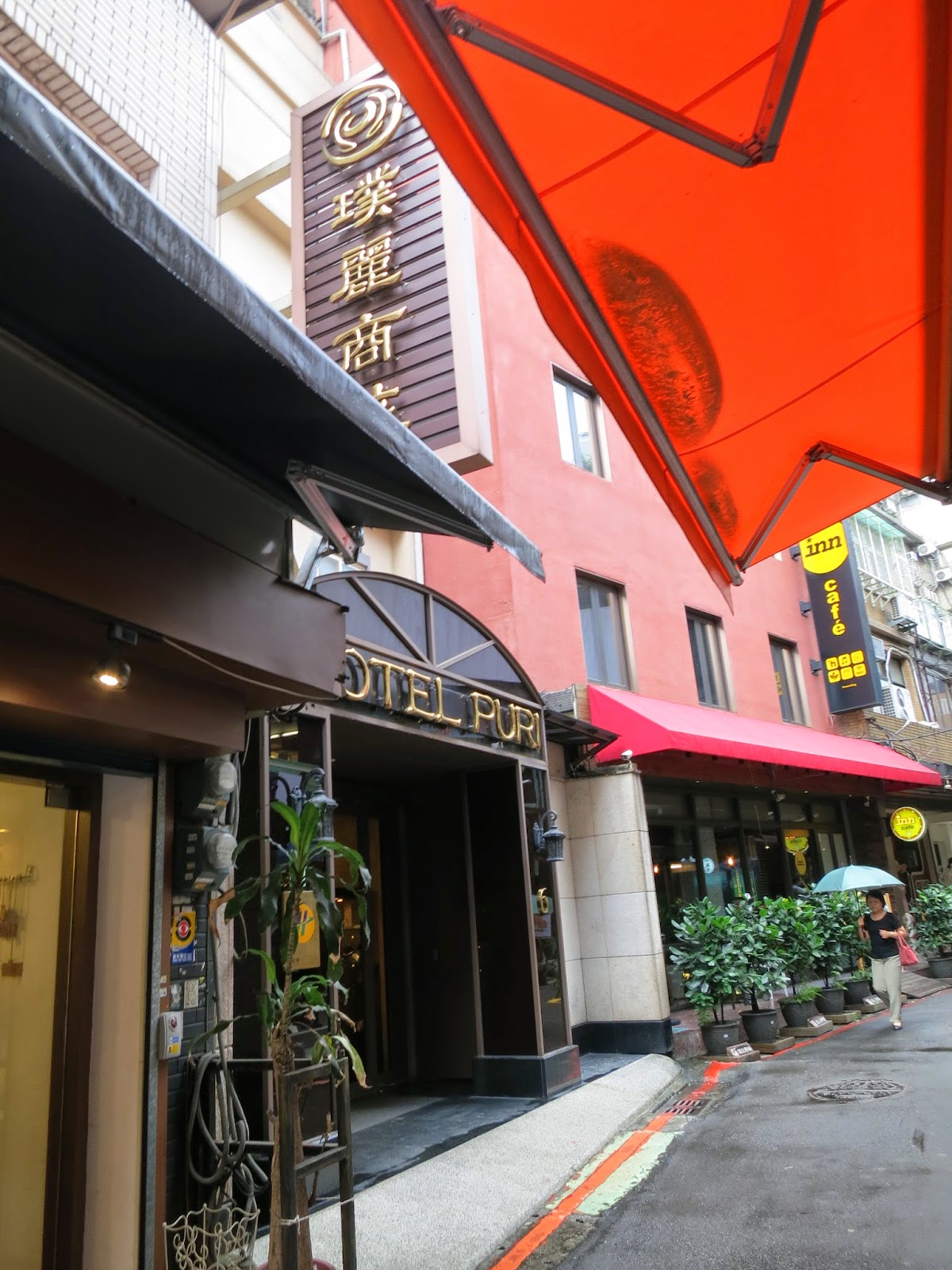 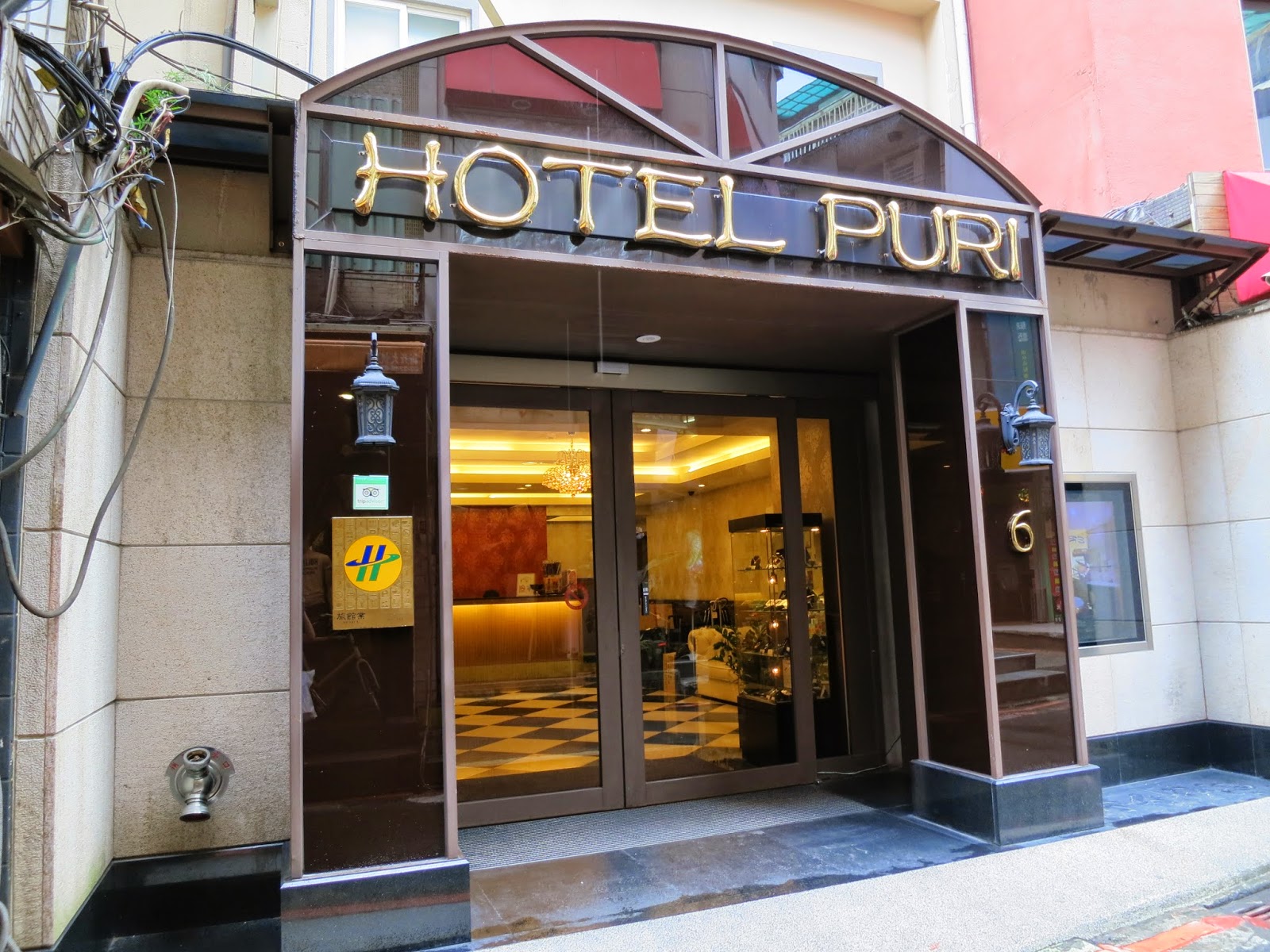 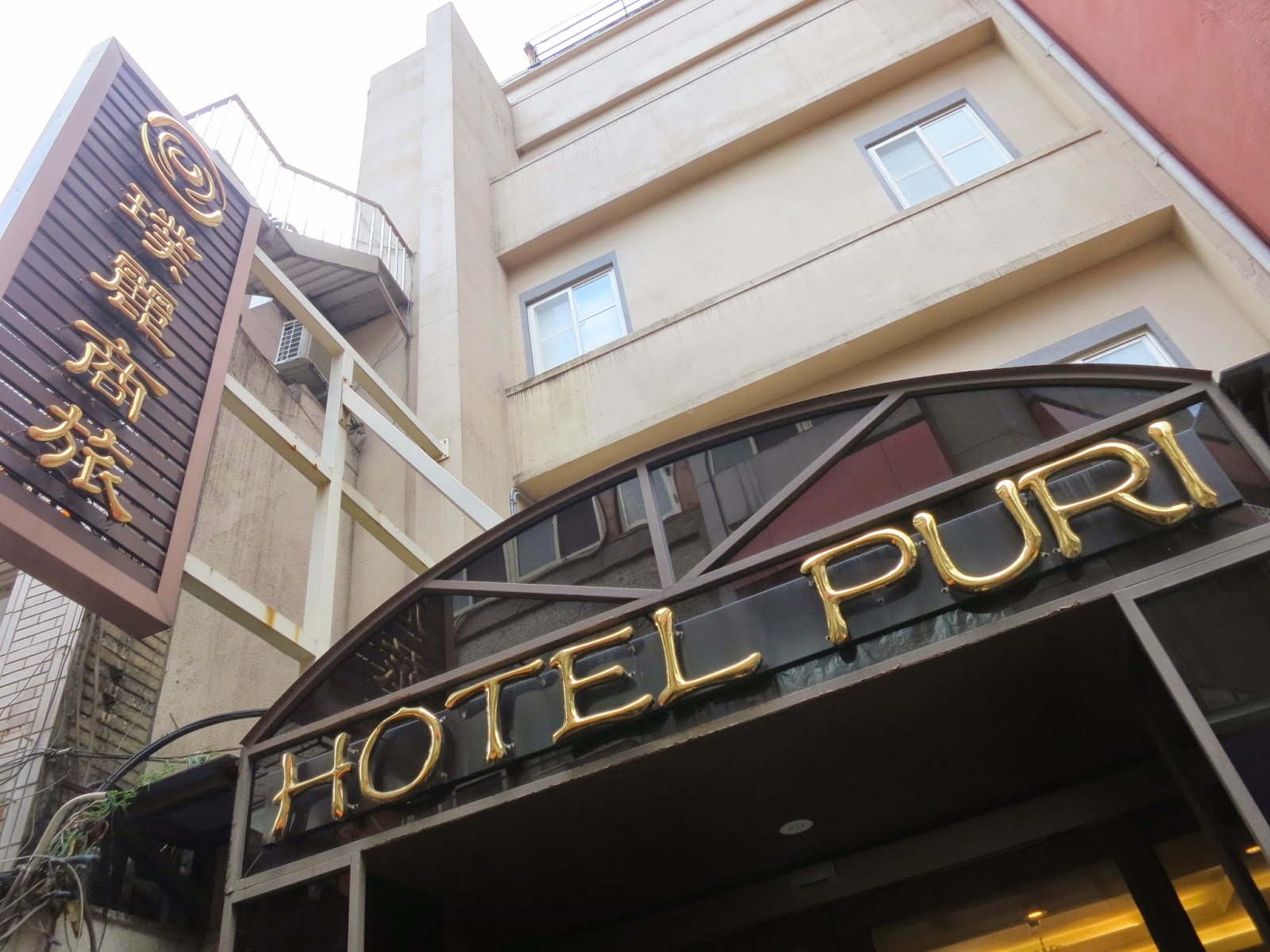 Checking-in was fast and the lady at the counter informed us that if we book a taxi to airport before our departure date, it would be NT 900, about SGD 38.20, (10% off from NT 1000). As we were not sure if we need a taxi on our last day so we didn't take it. WIFI is not password protected and it's available throughout the whole hotel. 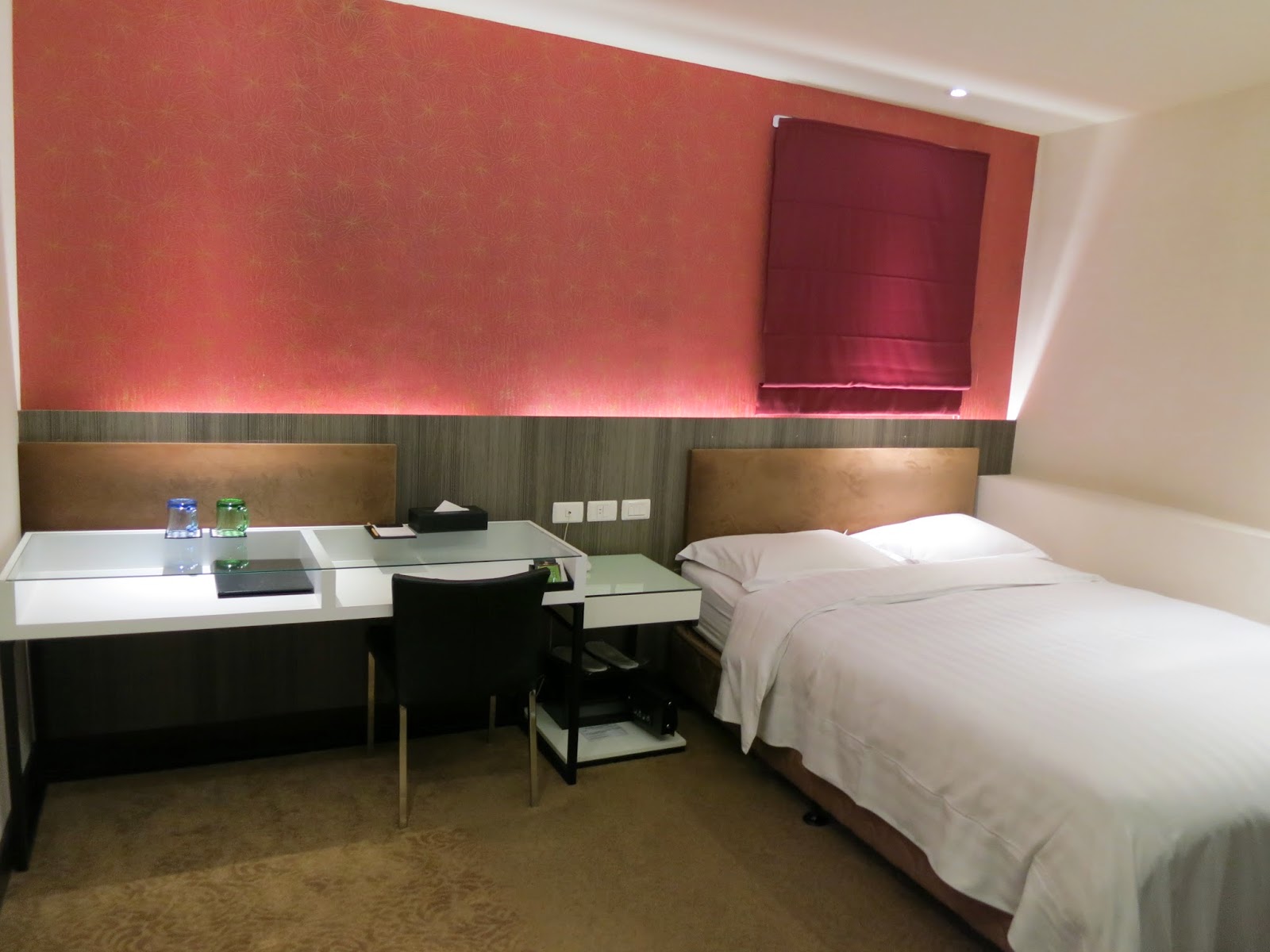 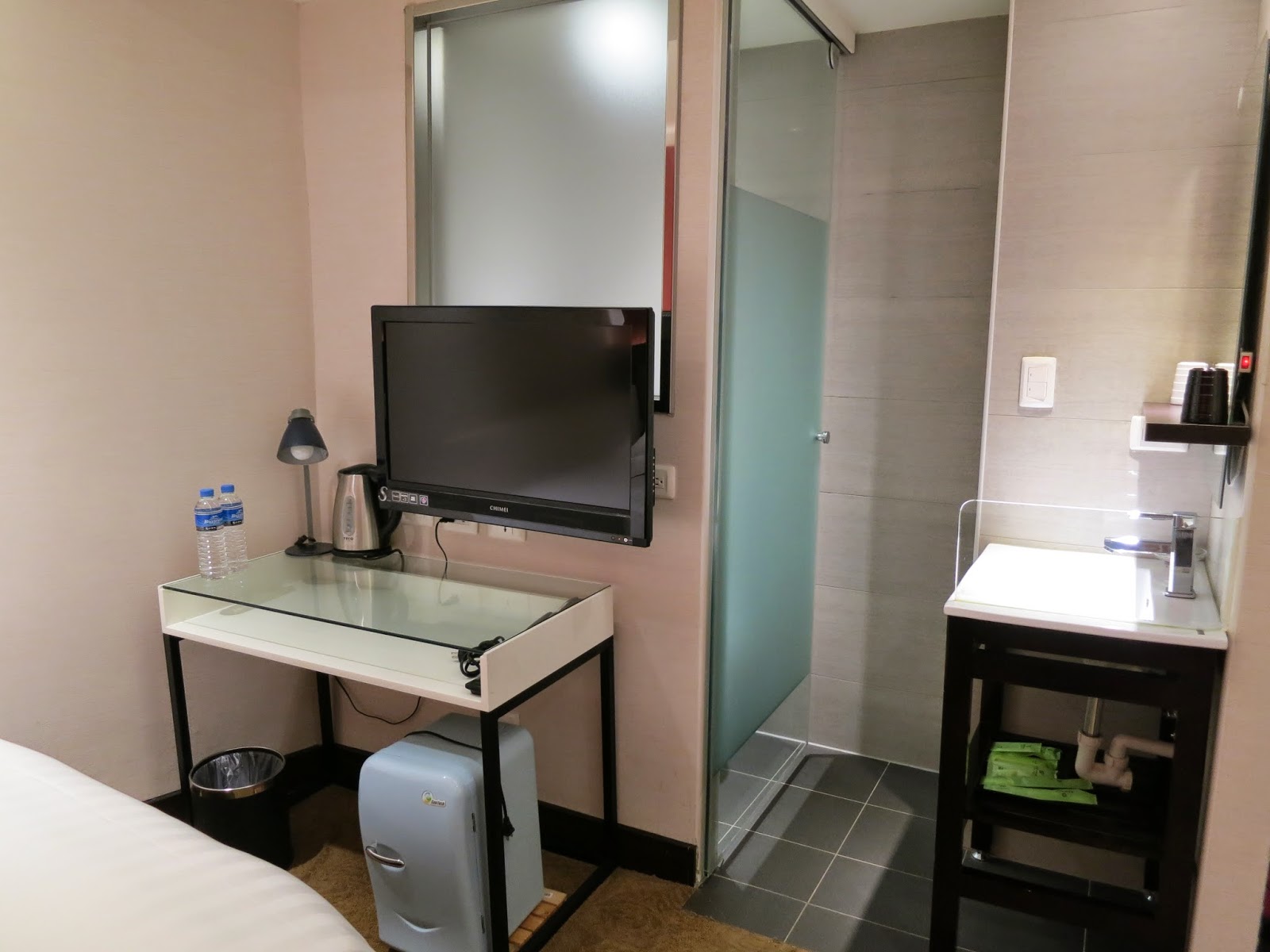 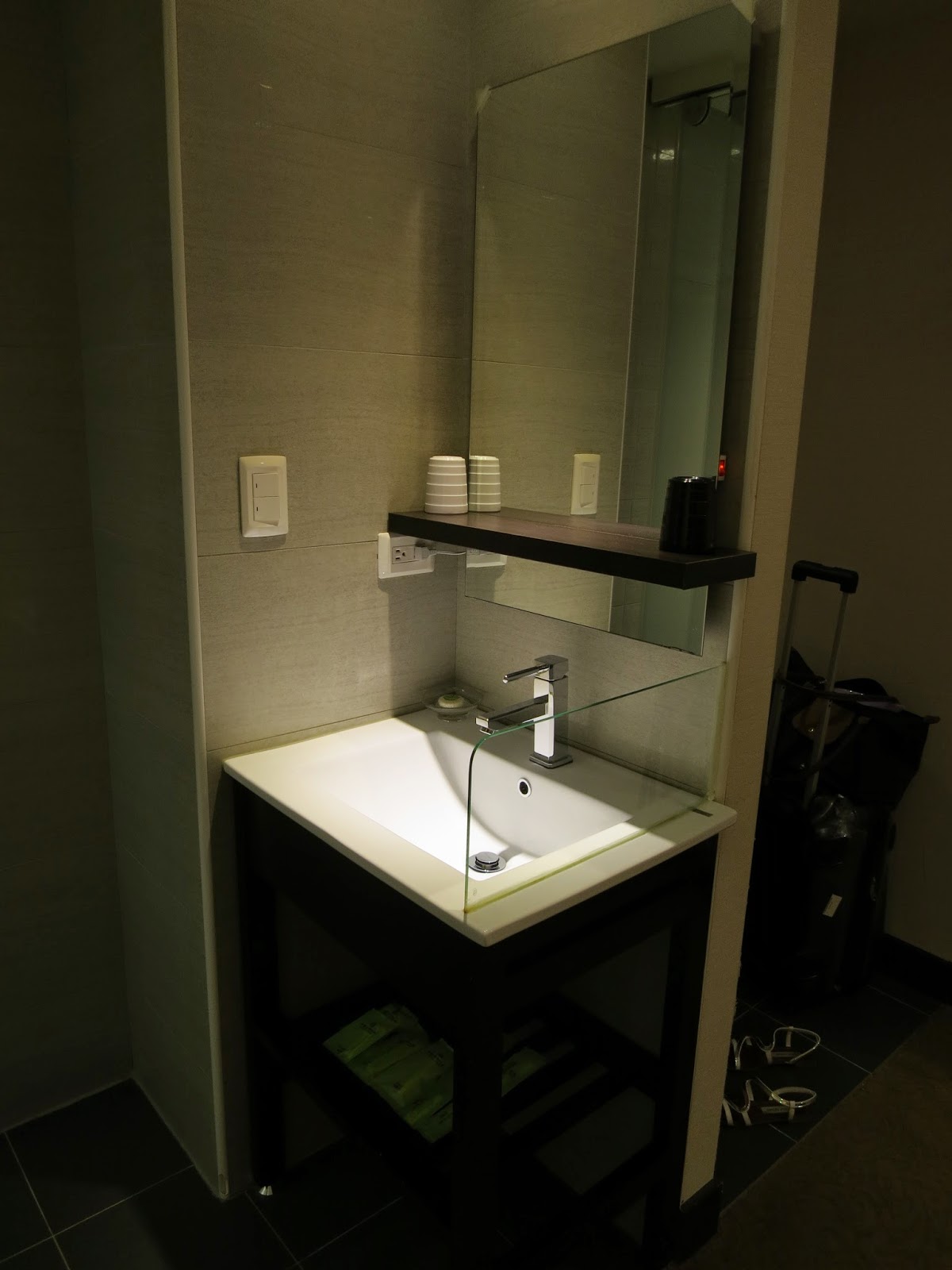 Hotel Puri's room was clean and tidy. Basic toiletries such as toothbrush/toothpaste, shampoo/soap, shaver, cotton bud, shower cap and comb were provided. The space was ample enough to allow pathways after we opened our luggage. The bed was not too soft nor hard, comfortable enough to have a good sleep. WIFI's strong as well. Very good hotel given it's price, it was supposed to be SGD 332 for 3 nights, as I always book hotels via agoda.com, I got enough points to waive off some amount and thus each night cost less than SGD 100 for the room.

Our plan was to go to Rao He Night Market (Houshanpi MRT) but it was already near 9pm after we settled down in the hotel. So we called it off and decided to walk around Ximending.

The famous Ah Zong Mian Xian at Emei Street, Ximending. 4th time here and the crowd's never get lesser. I wouldn't say that it's very very good but it's yummy enough for me to keep coming back whenever I'm in Taipei. There're no seats for customers, except some stools for those in need. Hence, you can imagine the high turnover rate! $$$ 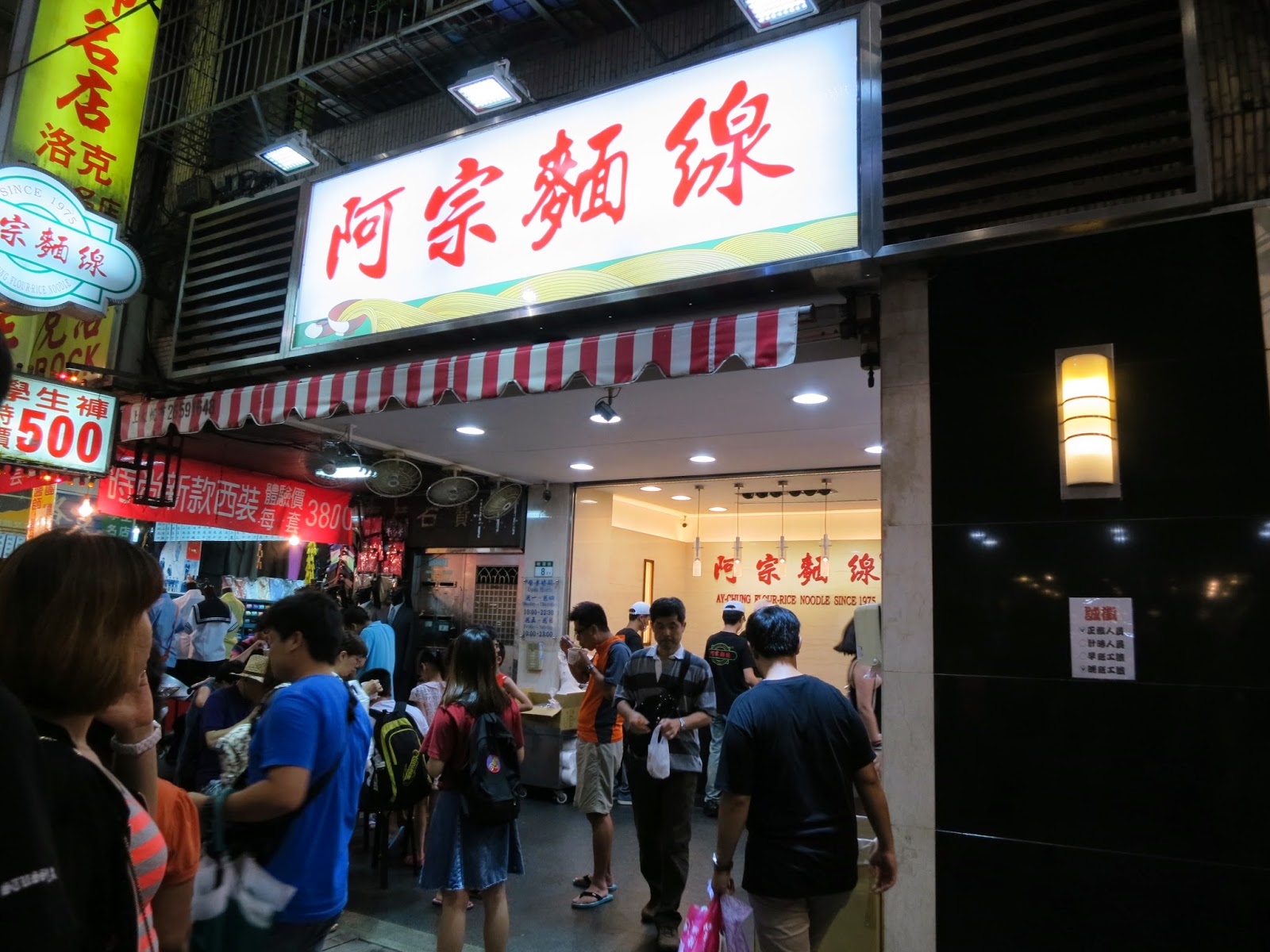 The queue never stop for this stall along Emei Street. I tried this with my Mum on my 2nd trip to Taiwan in Feb 2013. We tried 炼奶 (condensed milk) and 花生 (peanut) flavours and they were both good. BF and I chose Black Sesame and Matcha. The black sesame was very nice! Matcha taste was a tad too bland though. 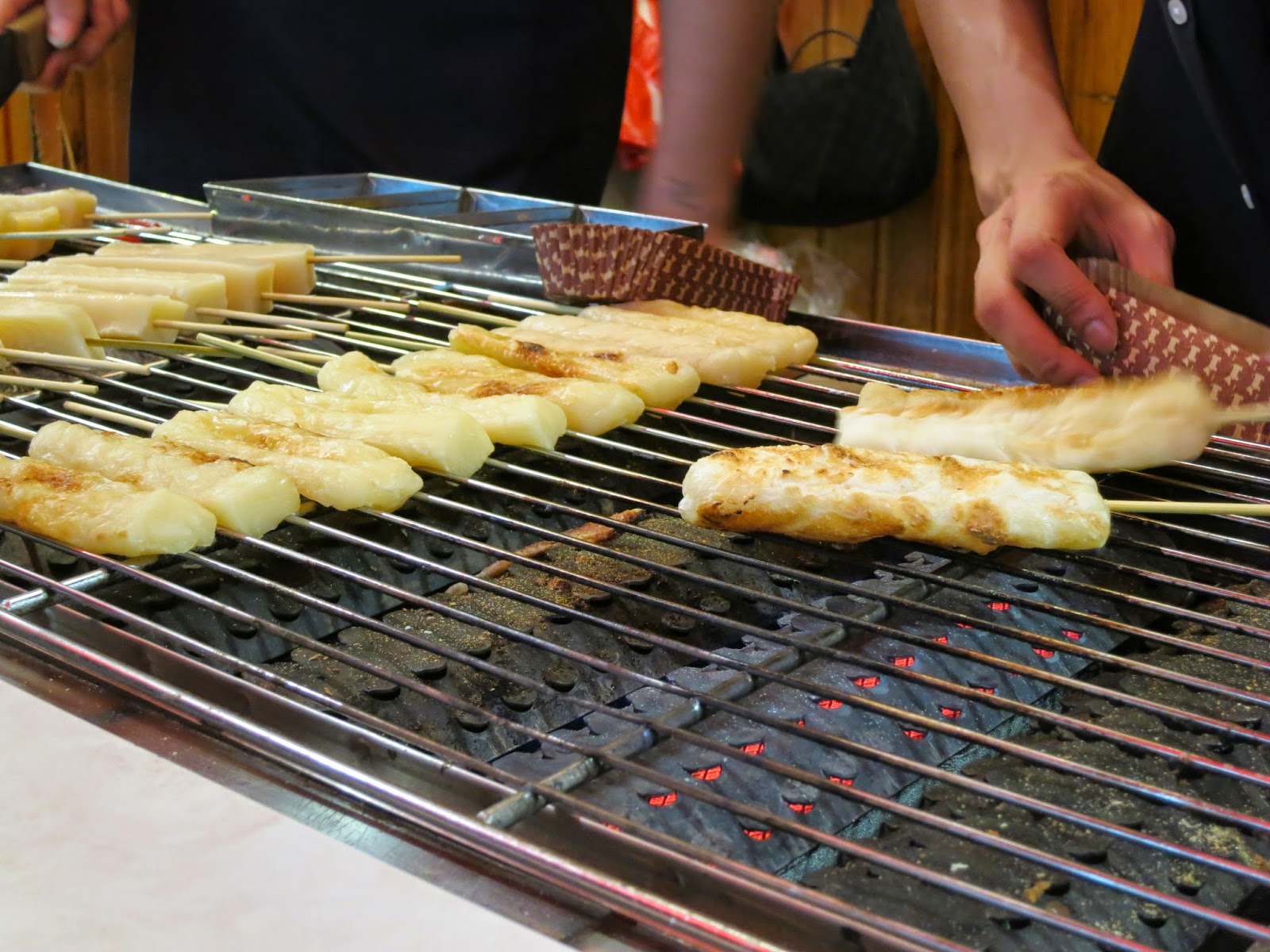 Another well-known shop for their shaved ice. Right now it's the mango-season; Taiwan is famous for their delicious and juicy mangoes during such season!! We ordered a bowl of Mango Snow Ice with Mango Ice Cream at NT 120 (SGD 5.10). The ice was extremely smooth! The mangoes, needless to say, it's damn awesome. 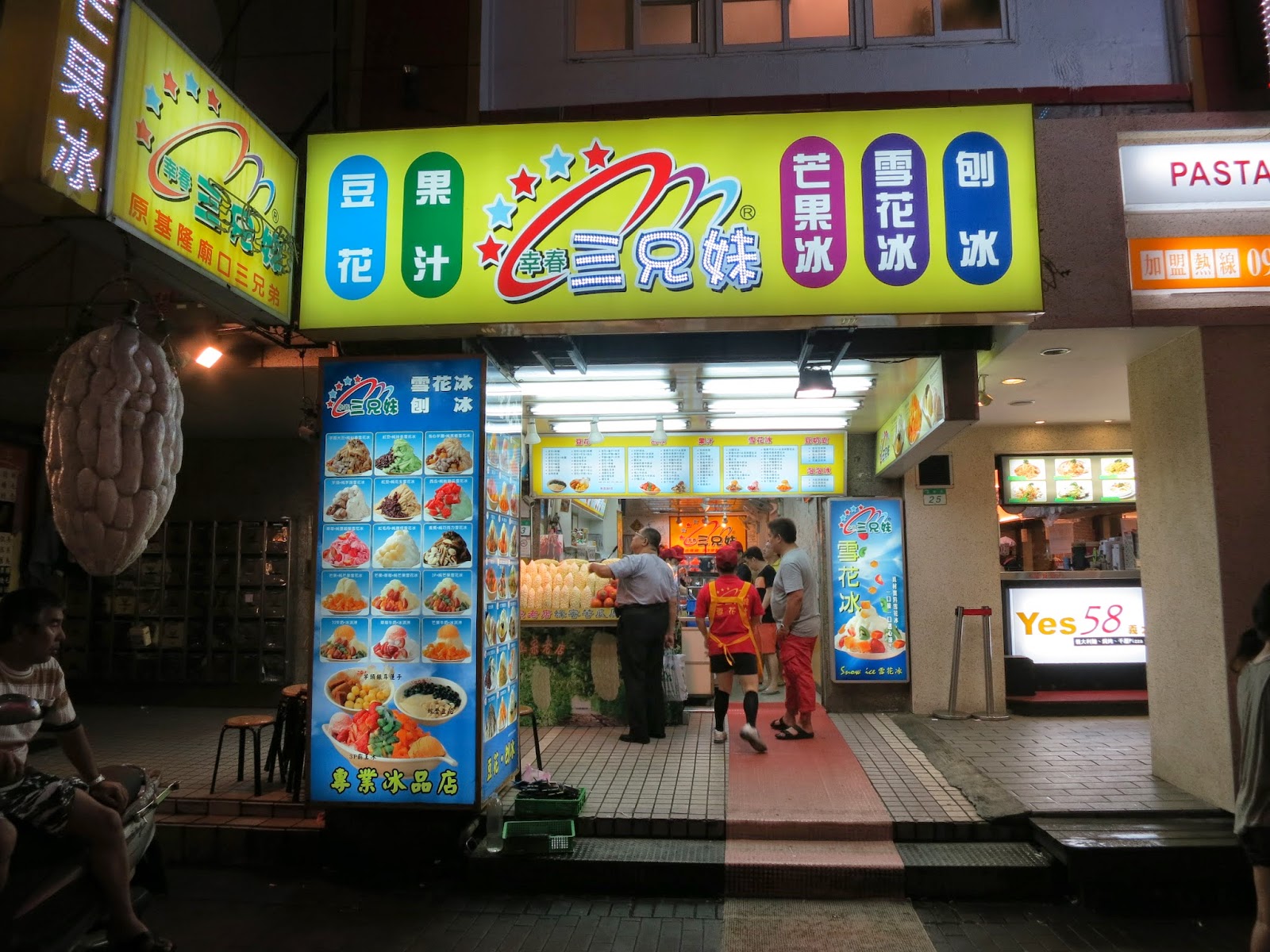 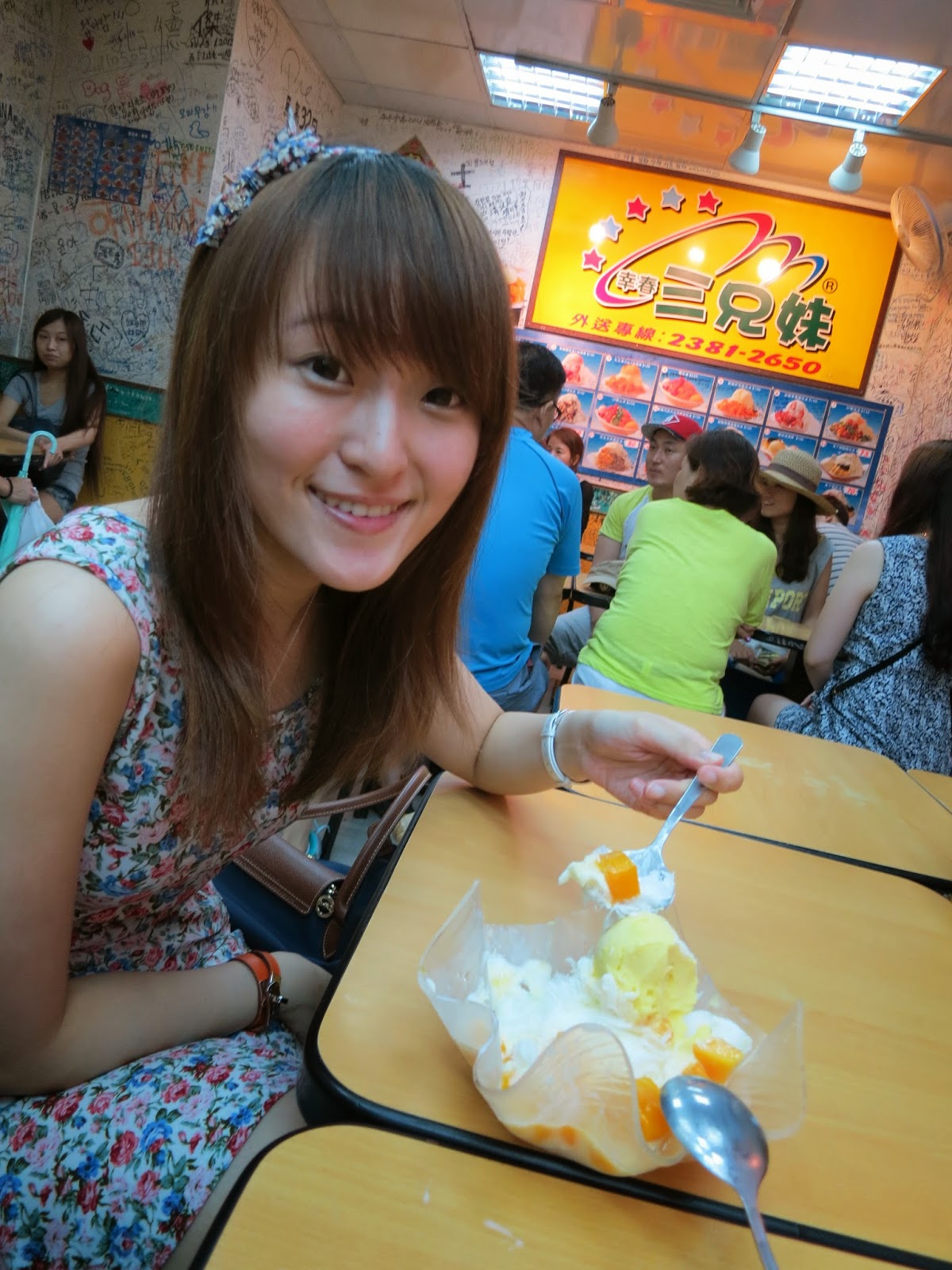 Hoho! Look what I found, Hong Kong IDC Store shifted their store to the happening Ximending! It was originally at Zhongxiao Dunhua Station, where I bought my first hater on my last Solo Trip to Taiwan last year. IDC Store is known for selling Hater Snapbacks. The store in Ximending is in sandwiched between Stayreal and Choir Cafe along Wu Chang Street, Sec. (武昌街二段).

Staying at Ximending has it's perks - endless shopping, food, entertainment heaven. Day 1 was full of traveling, from Singapore Changi Airport to Taoyuan International Airport, then to Hsinchu, HSR to Taipei Main Station and finally MRT to Ximen. A pity that we did not have enough time to go to Rao He Night Market. We'll be going to Yong Kang Street, Tamsui and Shilin Night Market on Day 2. =)
Posted by Lynne Chua at 4:49 AM