Second trip to the U.S.A.!!!! I was so thrilled as I'm going to a real city in United States contrary to my Las Vegas Trip in Oct 2014. I heard so much about Seattle from my fellow colleagues and I really want to see it for myself. The HQ of the company I work for now is in Seattle, Washington. Every year, the employees from all over the world will need to return to Seattle for an annual employee meeting. *Awesome* I can't be grateful enough to find such a job that fits perfectly with my hobby - travel. Moreover, my colleague LQ and I will be going to Alaska for a holiday after the meeting ends in Seattle! Can't wait to share with you all the fun we had!

Yea, it's a red-eye flight departing at 5.50am in the morning. It's my first time on ANA and I was looking forward to a great flight given the good reputation of Japan and their impeccable service standard.

I'd NEVER miss going to this sushi place next to Gate 34 at Narita Airport in Japan. My favorite dish is their Avocado Salmon Sushi (1000 Yen for 6 pieces). PLEASE EAT THIS ON MY BEHALF whenever you visit this sushi heaven.

After travelling for 20 hours, I finally touched down in Seattle on 17 Apr (same date!), Friday, at about 10.30am, Pacific Time. We took Yellow Cab from the airport to the city where one of my colleague rented an apartment and kindly hosted us for a night before we could check in to the hotel that our company provided us from the next day, 18 Apr, onward.

In America, you got to pay tips of around 15-20% of the total cost. The meter was USD 44 and we gave USD 50 for a ~22 minutes ride. Singapore's taxis are cheaper even with the $3/$5 airport charge plus other peak-hours/midnight surcharges. For those who are complaining about the uprising cost of taking a taxi, don't complain liao la (Singlish). =P

For those who are not renting a car in the States, do use Uber! It's cheaper than taxis and you don't have to give tips! Uber is very famous and widely used in Seattle. I did not try it but many people in my company living in Seattle use that.

HUNGRY! My colleague FW and his girlfriend TS brought me to Skillet Counter at Seattle Center for lunch, while LQ went to the bank to settle her US bank account. 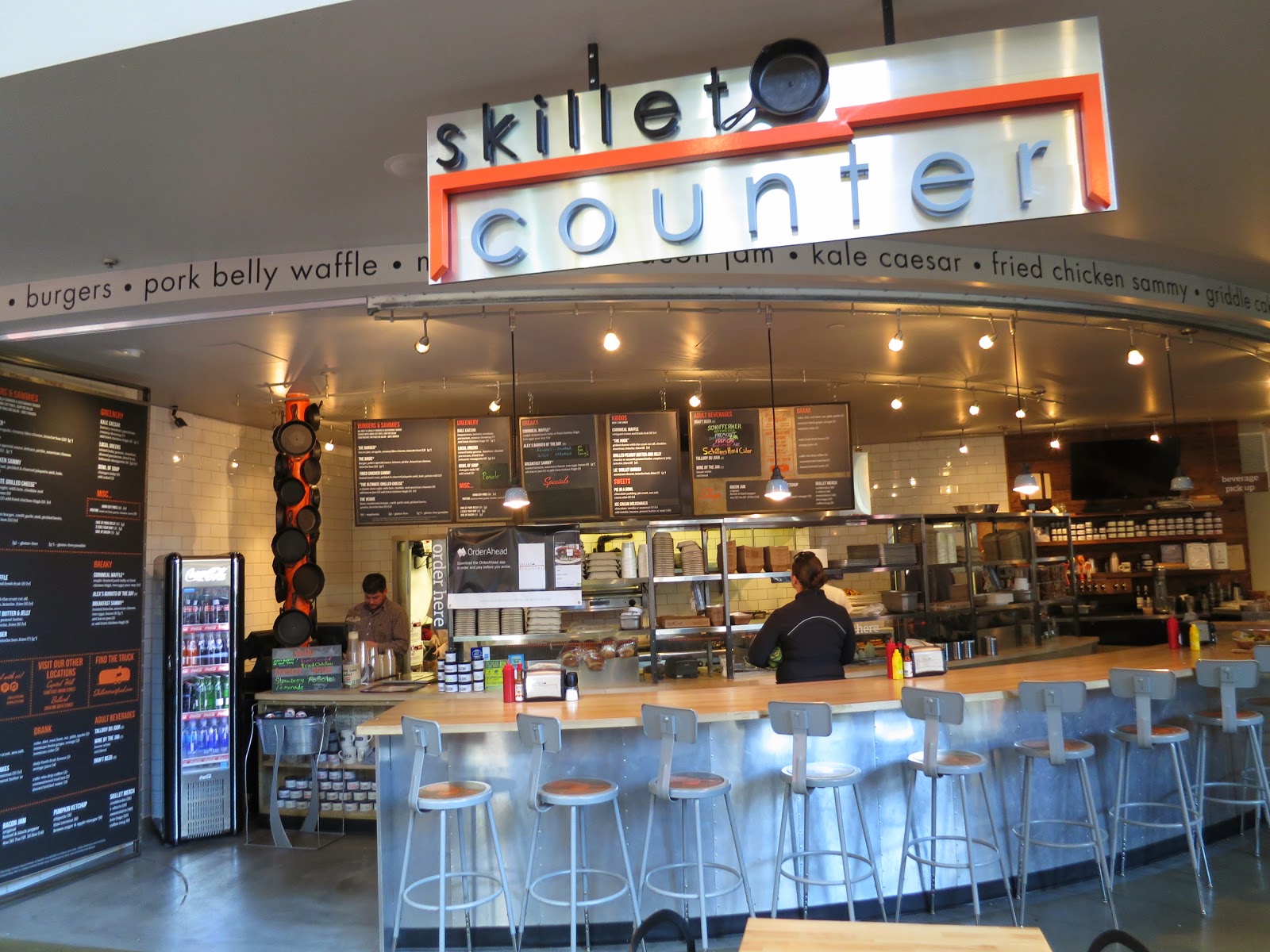 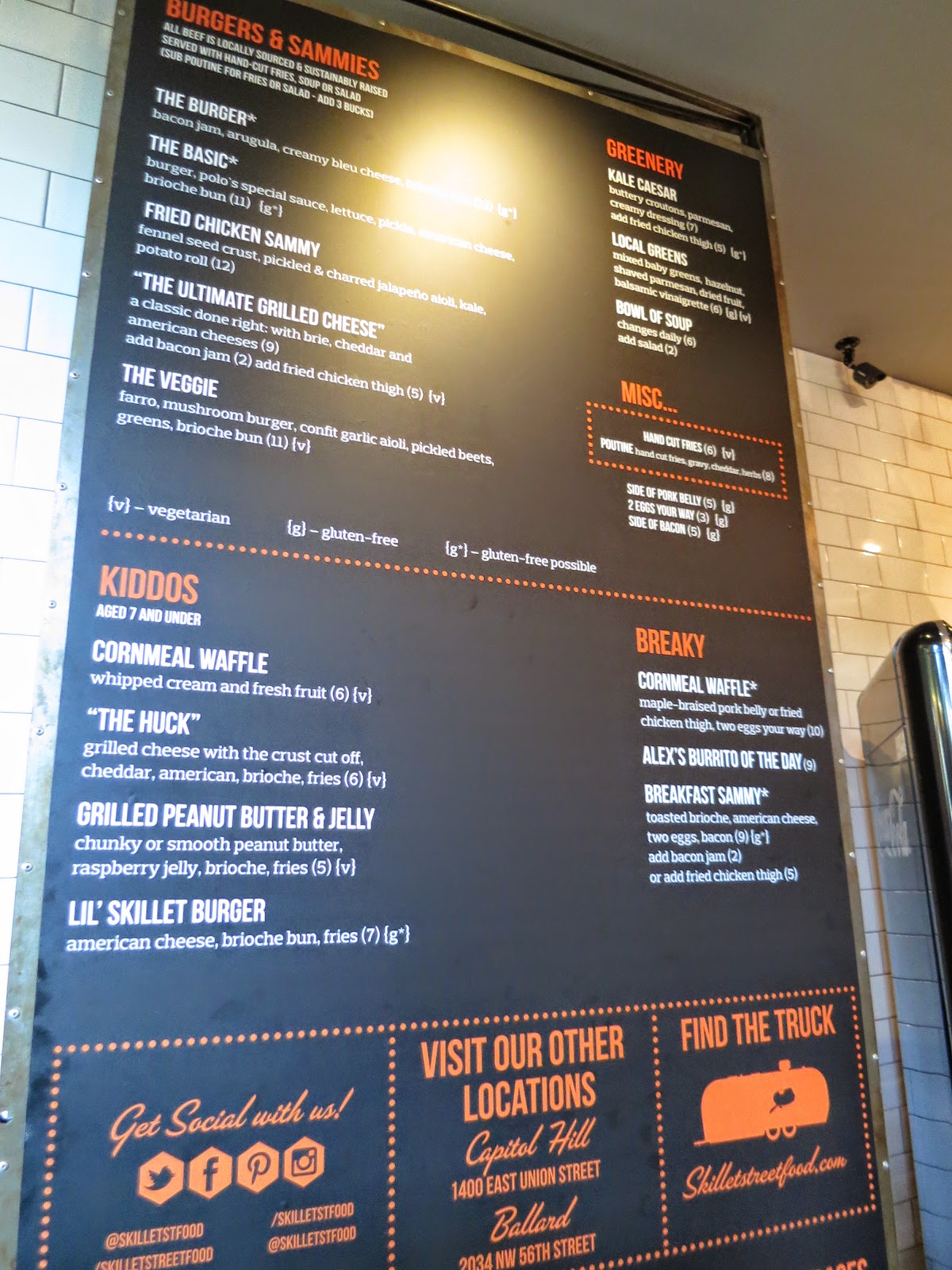 The burger was good! And the fries was so sinful! So, this was my first meal in Seattle as recommended by FW. =)

Seattle Center is located near the famous Space Needle, an icon of Seattle. We took a stroll after lunch and relaxed at a clean grass patch facing the Space Needle, while waiting for FW & TS's friend, M, to join us. 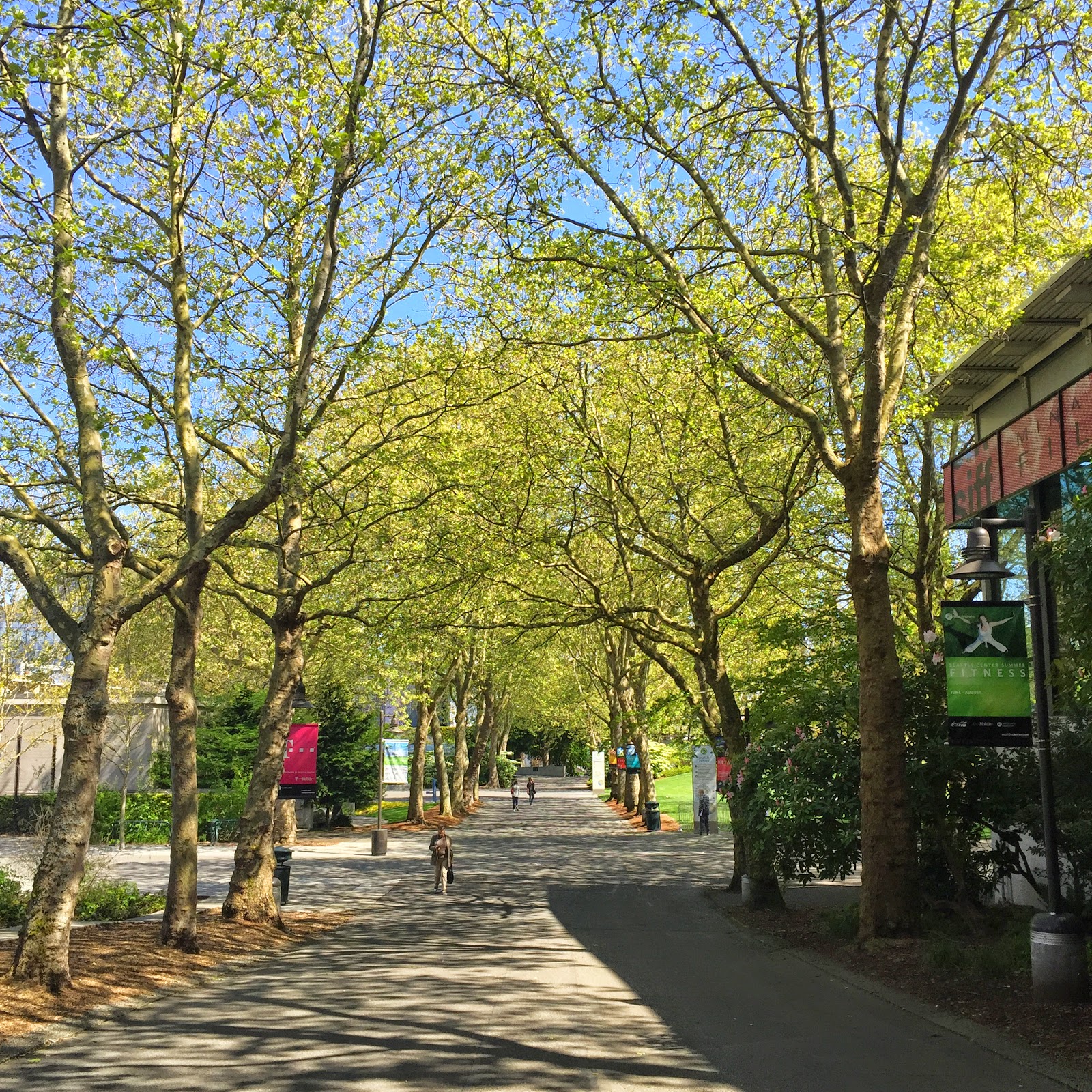 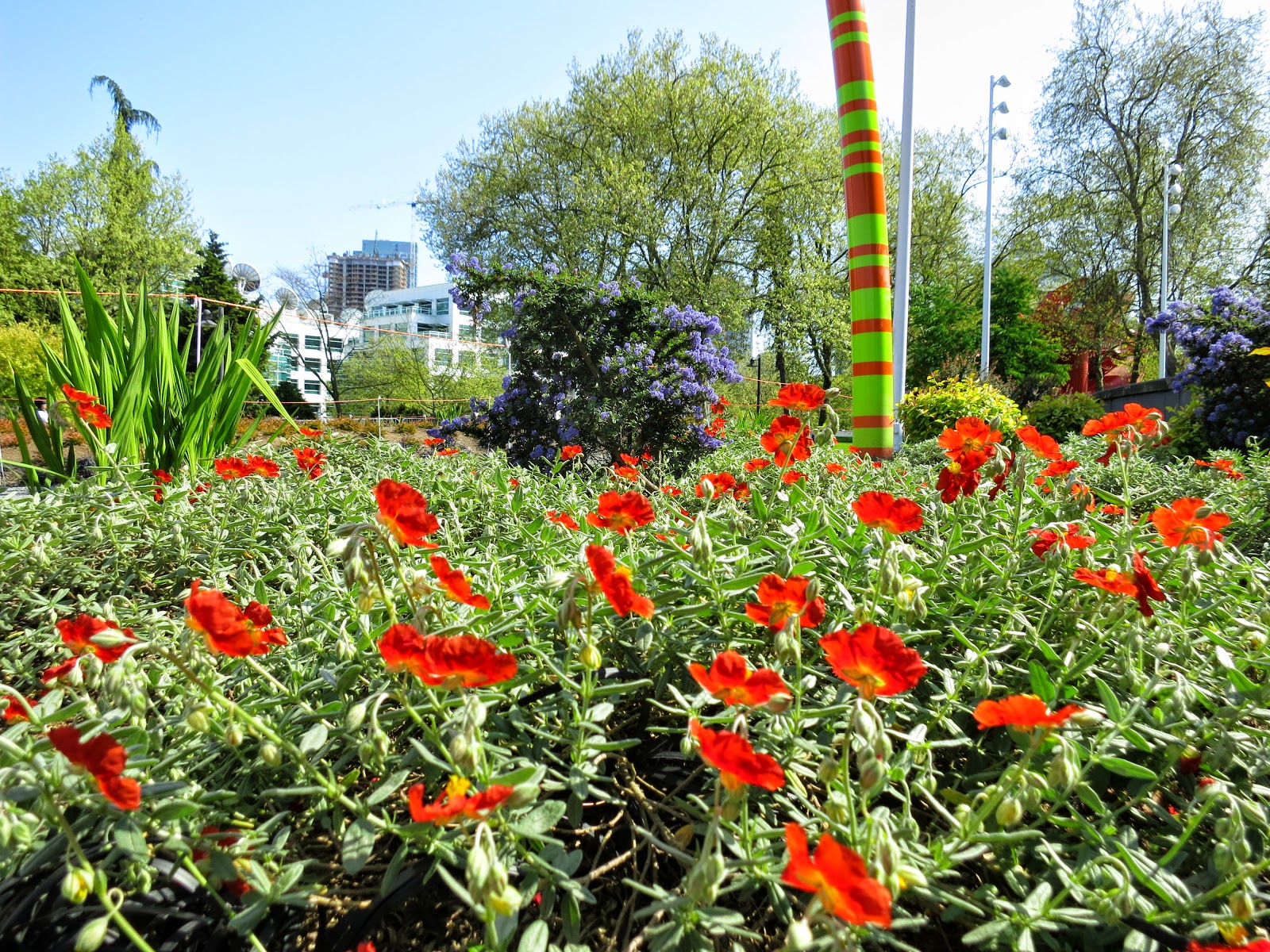 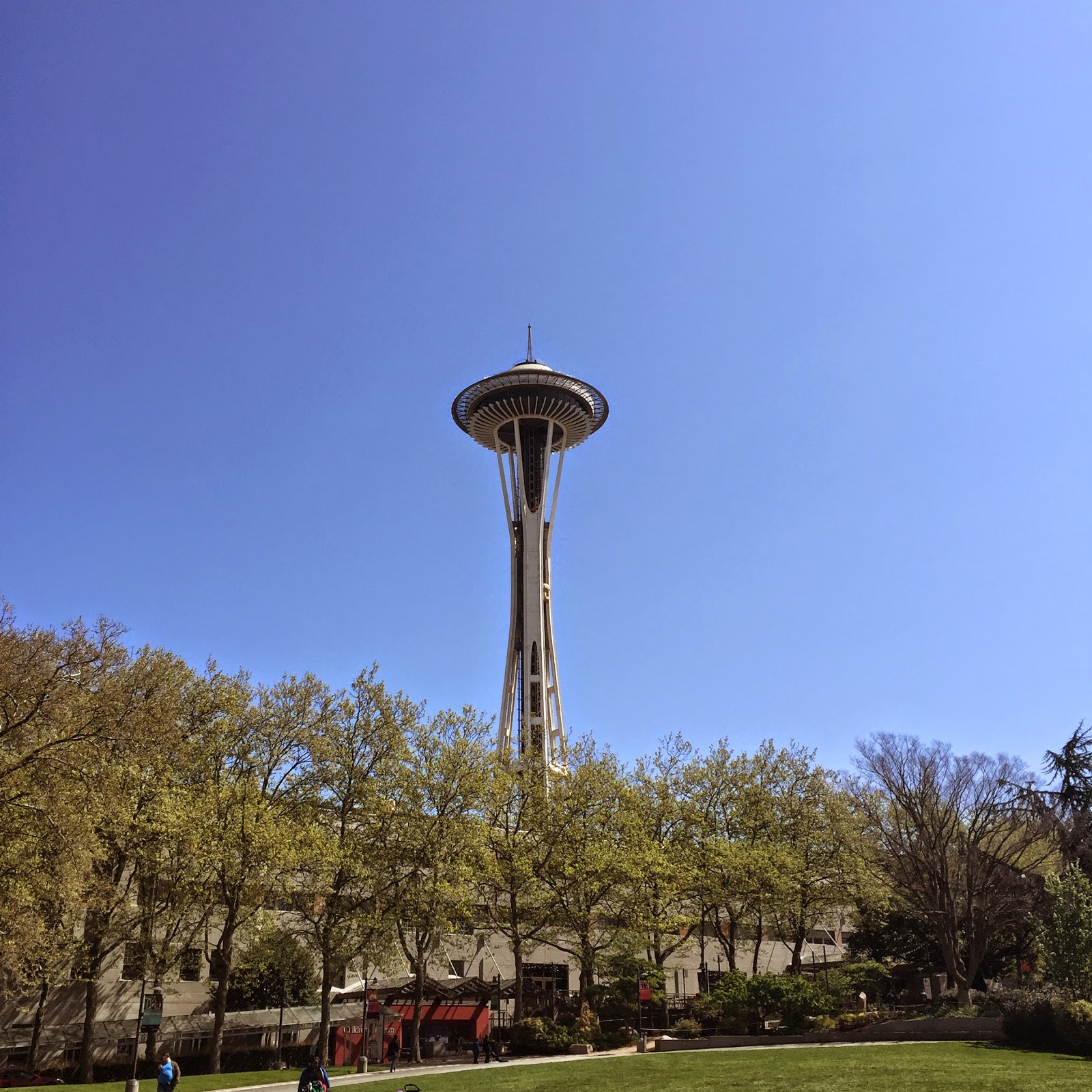 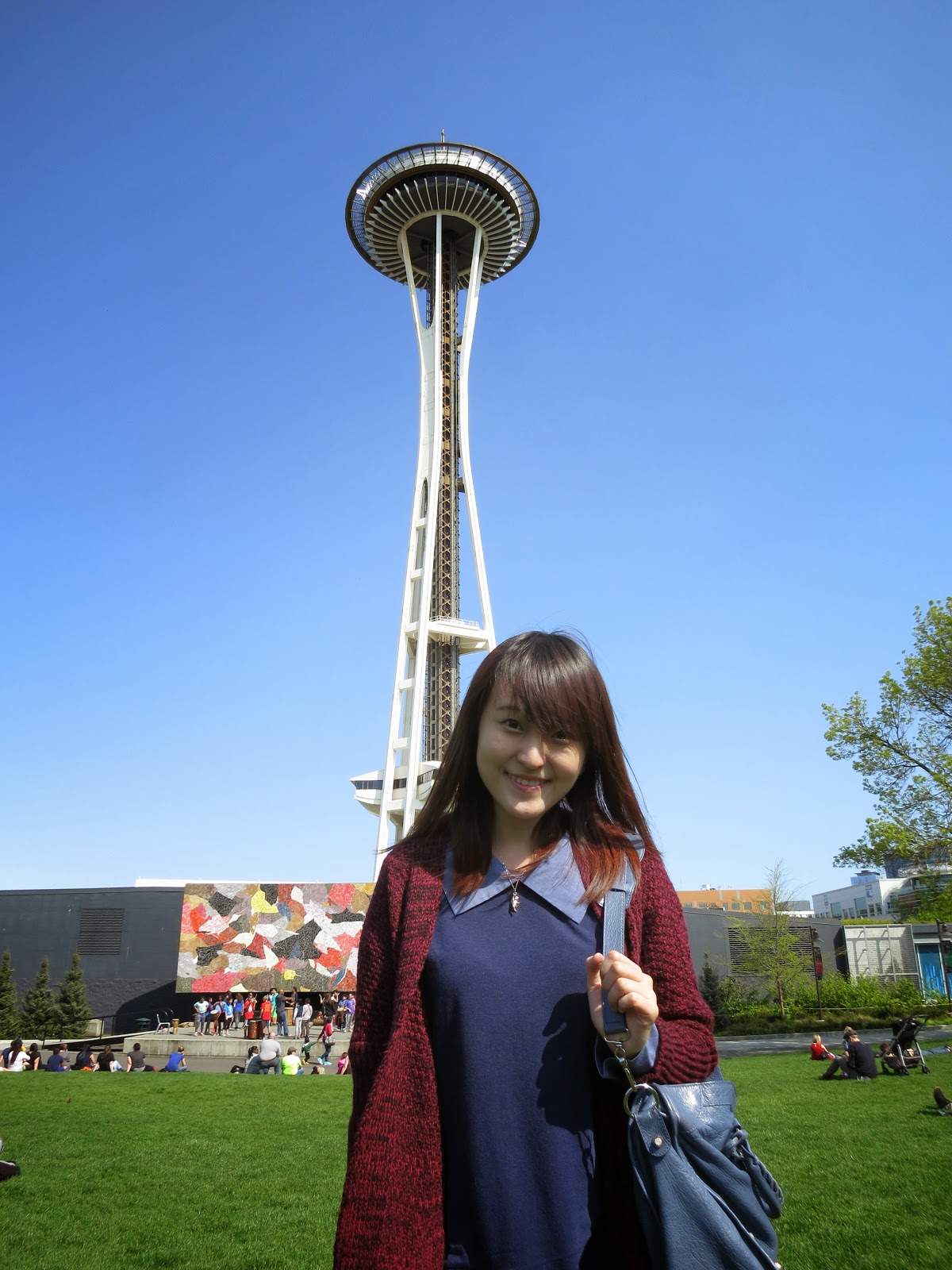 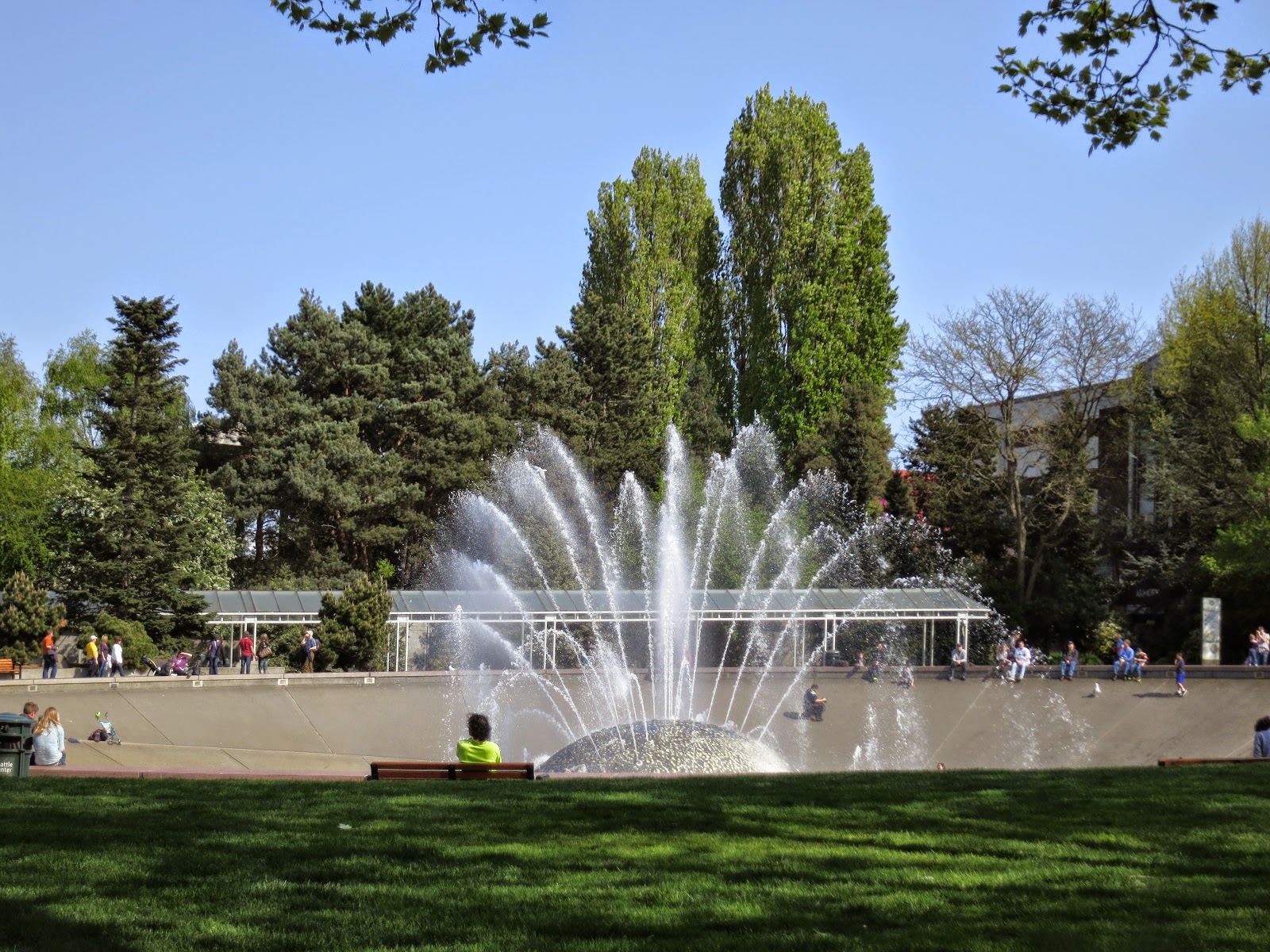 After lunch, we headed back to the apartment to wait for LQ to return. And took some nap as we were really tired from the journey to Seattle and terribly jet lagged (it's already 8am, the next day 18 Apr, Saturday in Singapore while it's still the Friday evening here).

Not many restaurants in Seattle open till late. TS googled for nice food places and decided on Miyabi 45th, a Japanese restaurant, as our dinner destination. 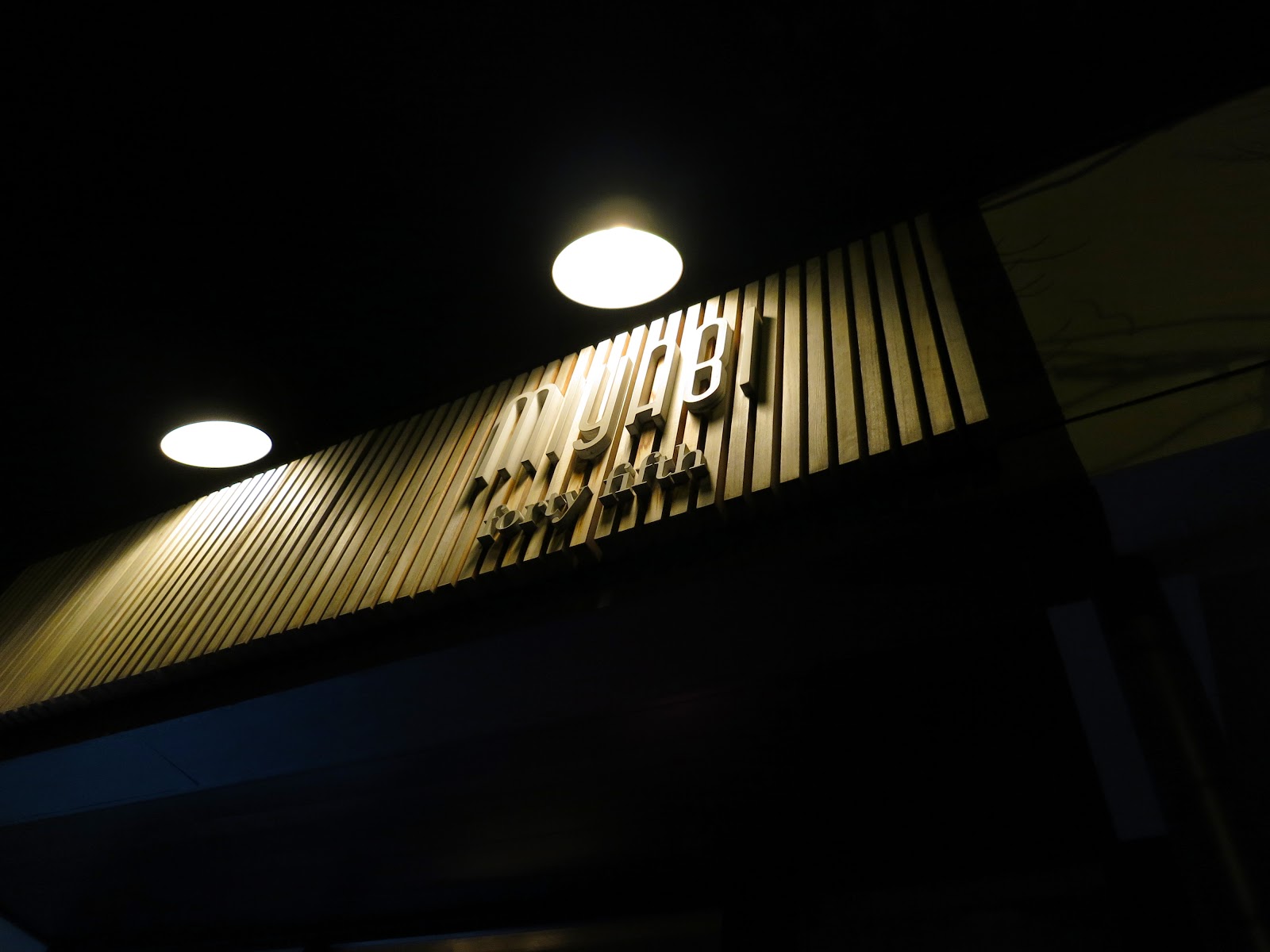 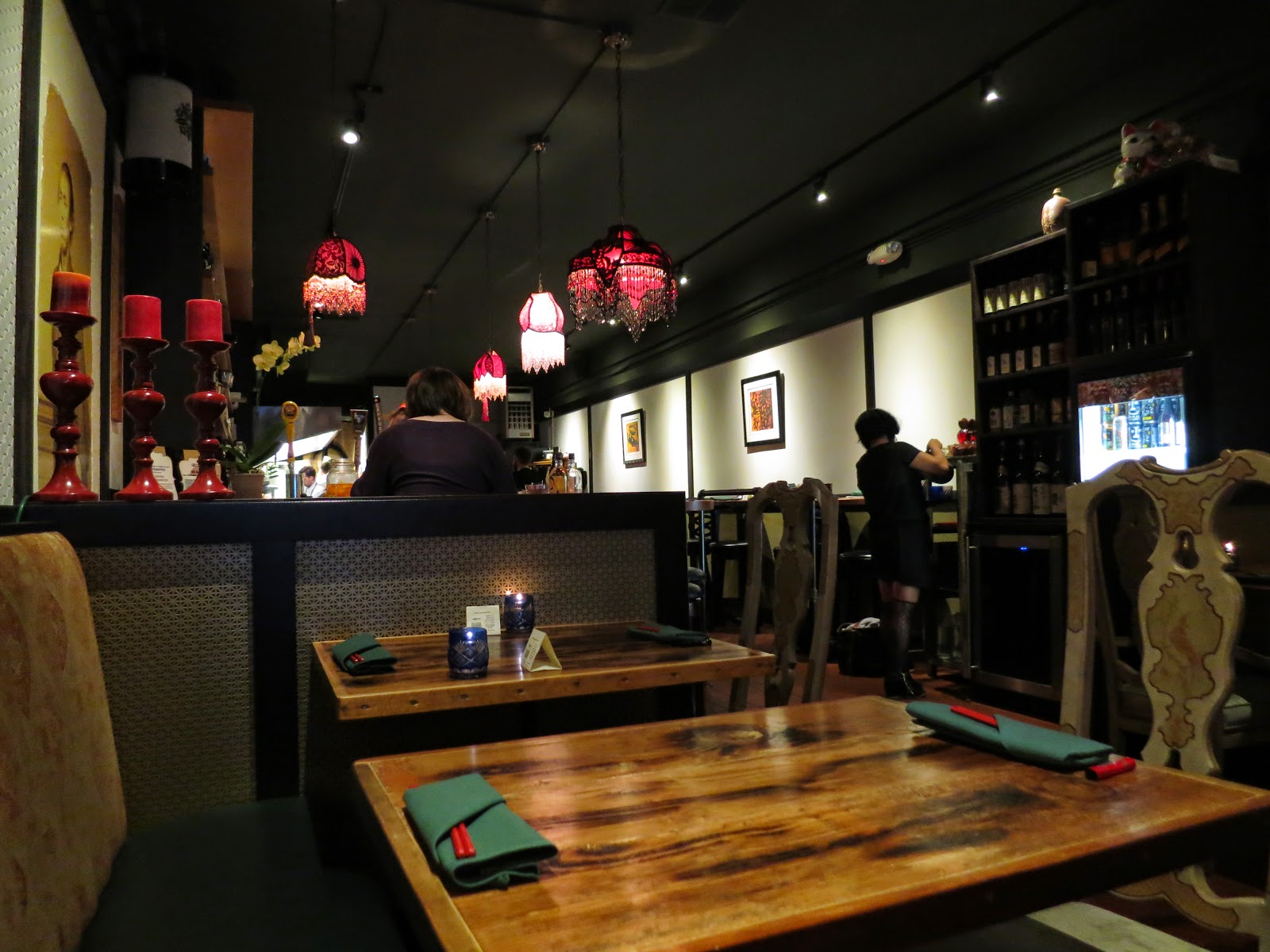 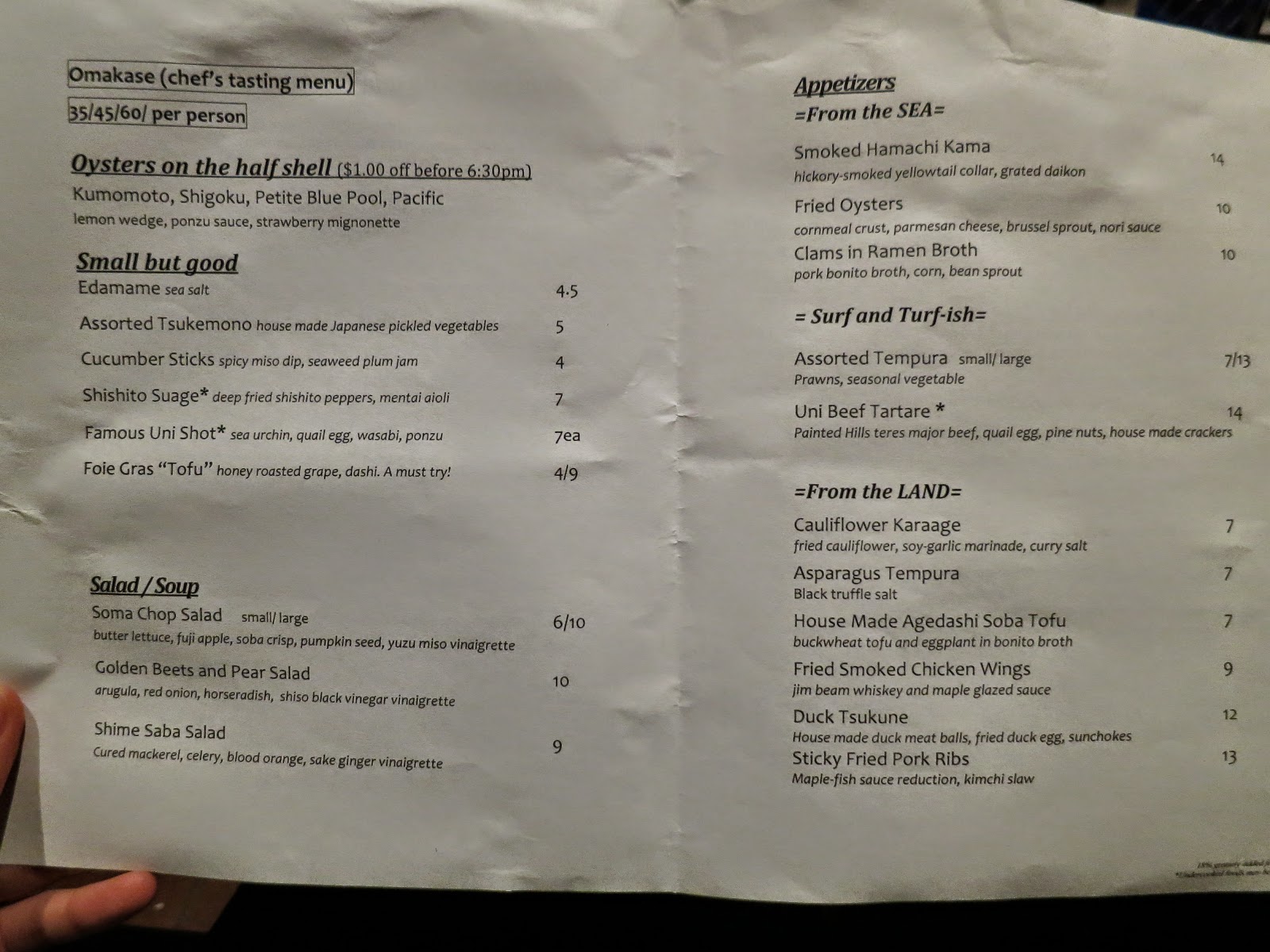 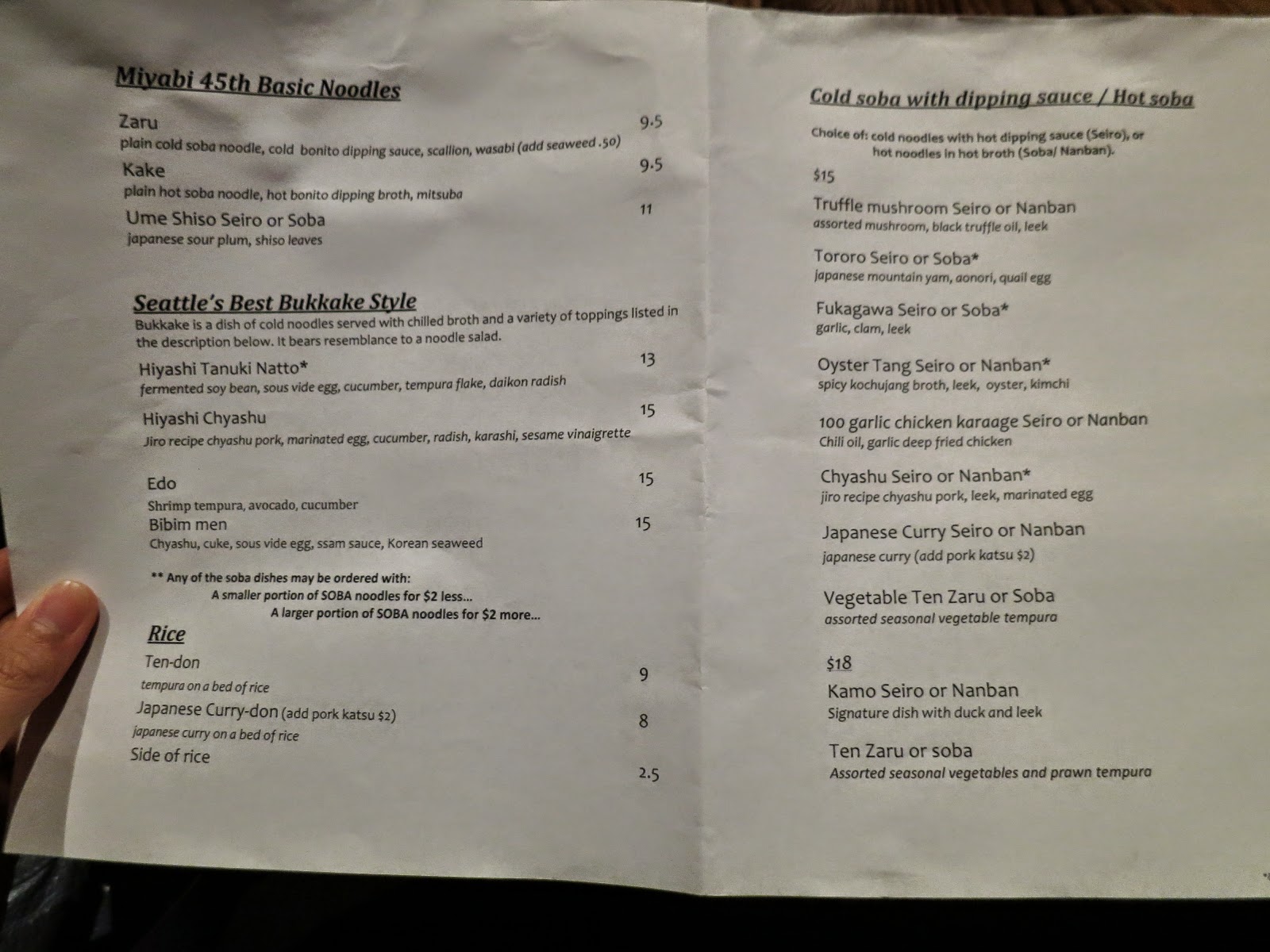 Molly Moon's has 6 outlets in Seattle at Wallingford, Capitol Hill, Madrona, Queen Anne, U Village and Hello Robin. They have many special and interesting flavours such as Maple Walnut, Peach Goat Cheese, Balsamic Strawberry, Salt Licorice and Vegan Coconut Chunk. I'd recommend you to give Molly Moon's a try! 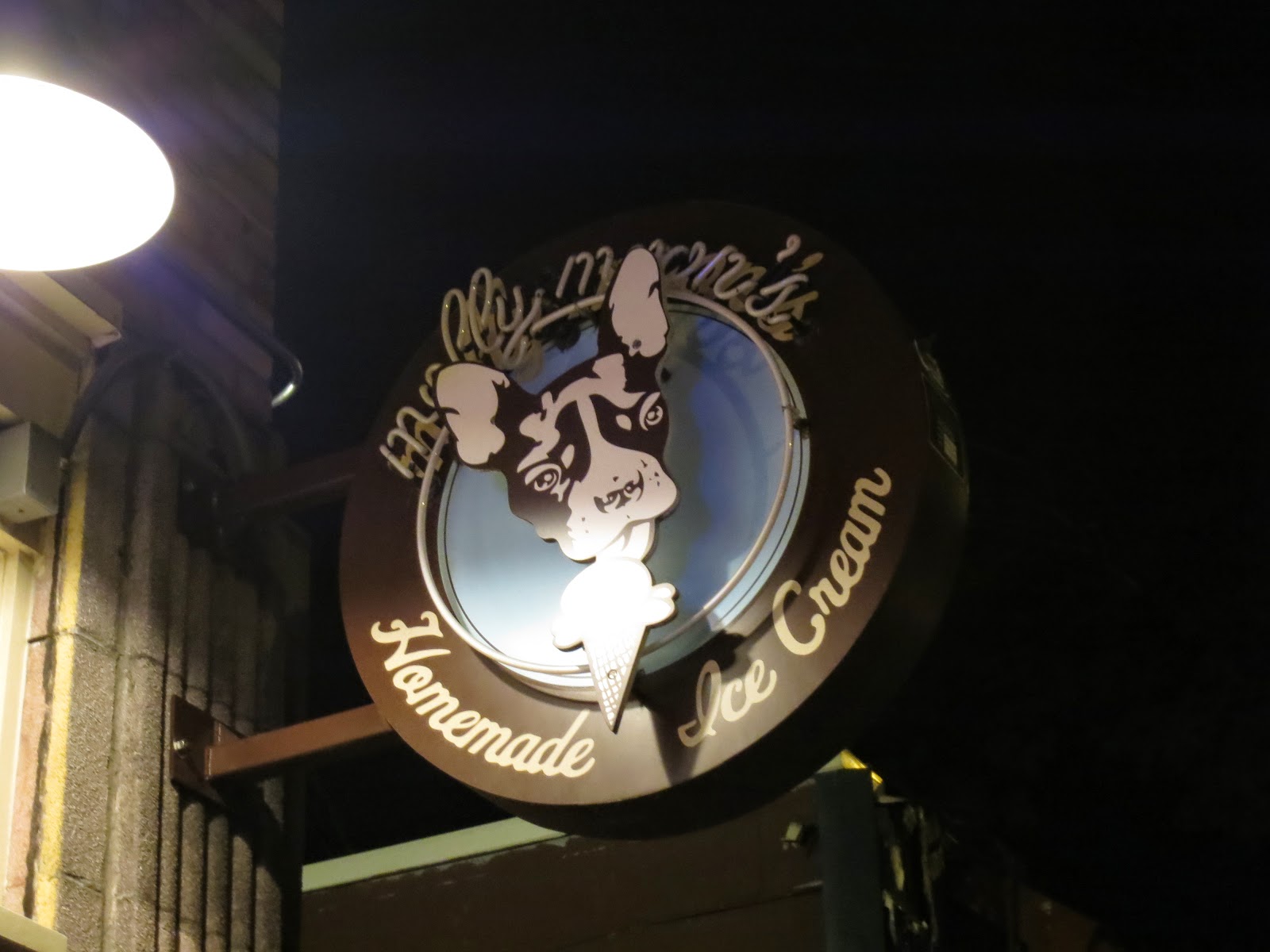 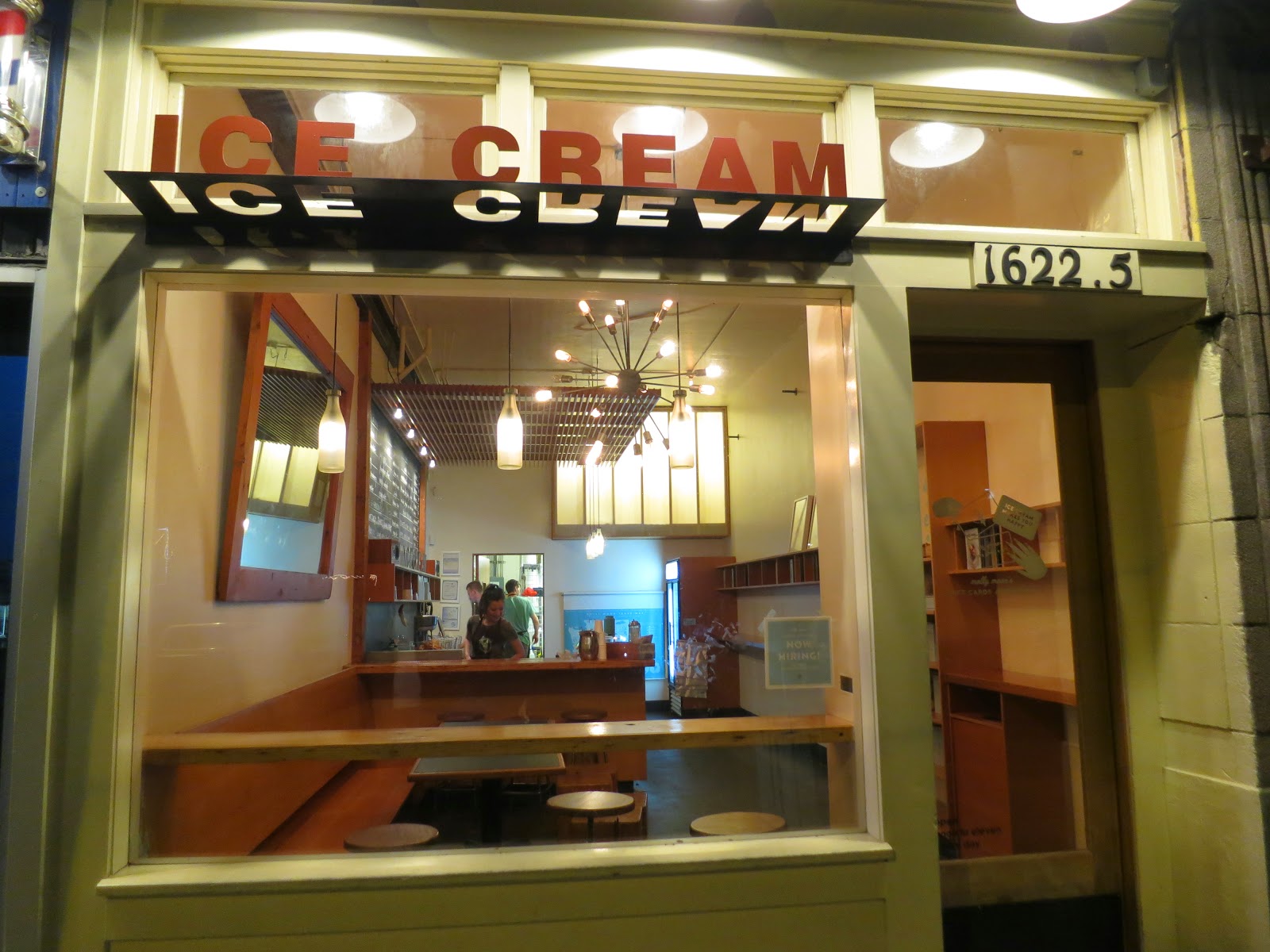 It was below 10 degrees Celsius that breezy night and we were eating ice cream at the outdoor. SO AWESOME! It's nicer to eat ice cream in the cold! The ice cream won't melt that fast and it definitely gonna chill you down.

Ben & Jerry's, Häagen-Dazs and Dreyer's Icecreams are SO CHEAP in the USA! Same goes for alcohol. 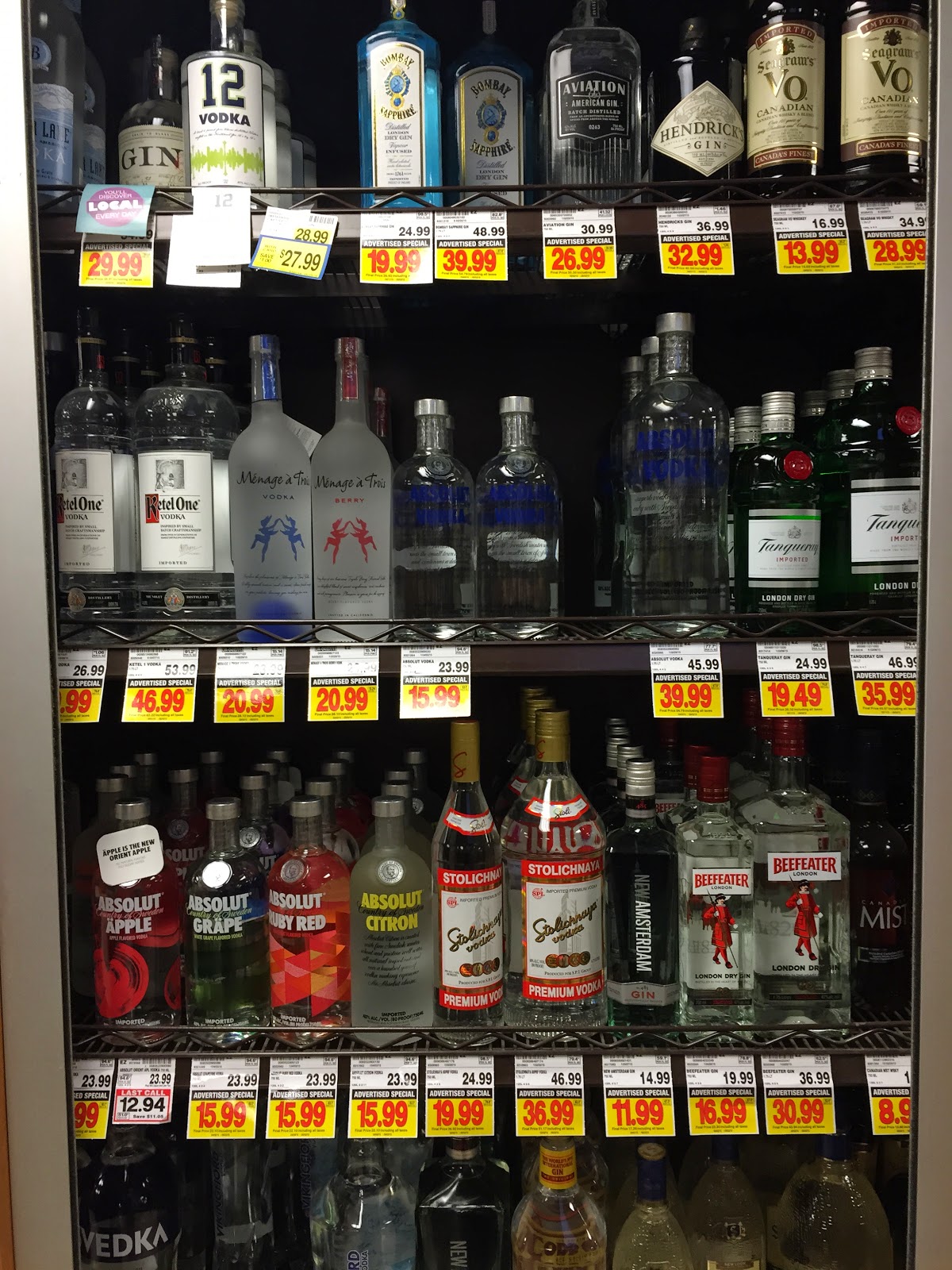 Where to view Seattle Skyline at night? We went to 2 different places to see the gorgeous night view - Gas Works Park and Kerry Park. 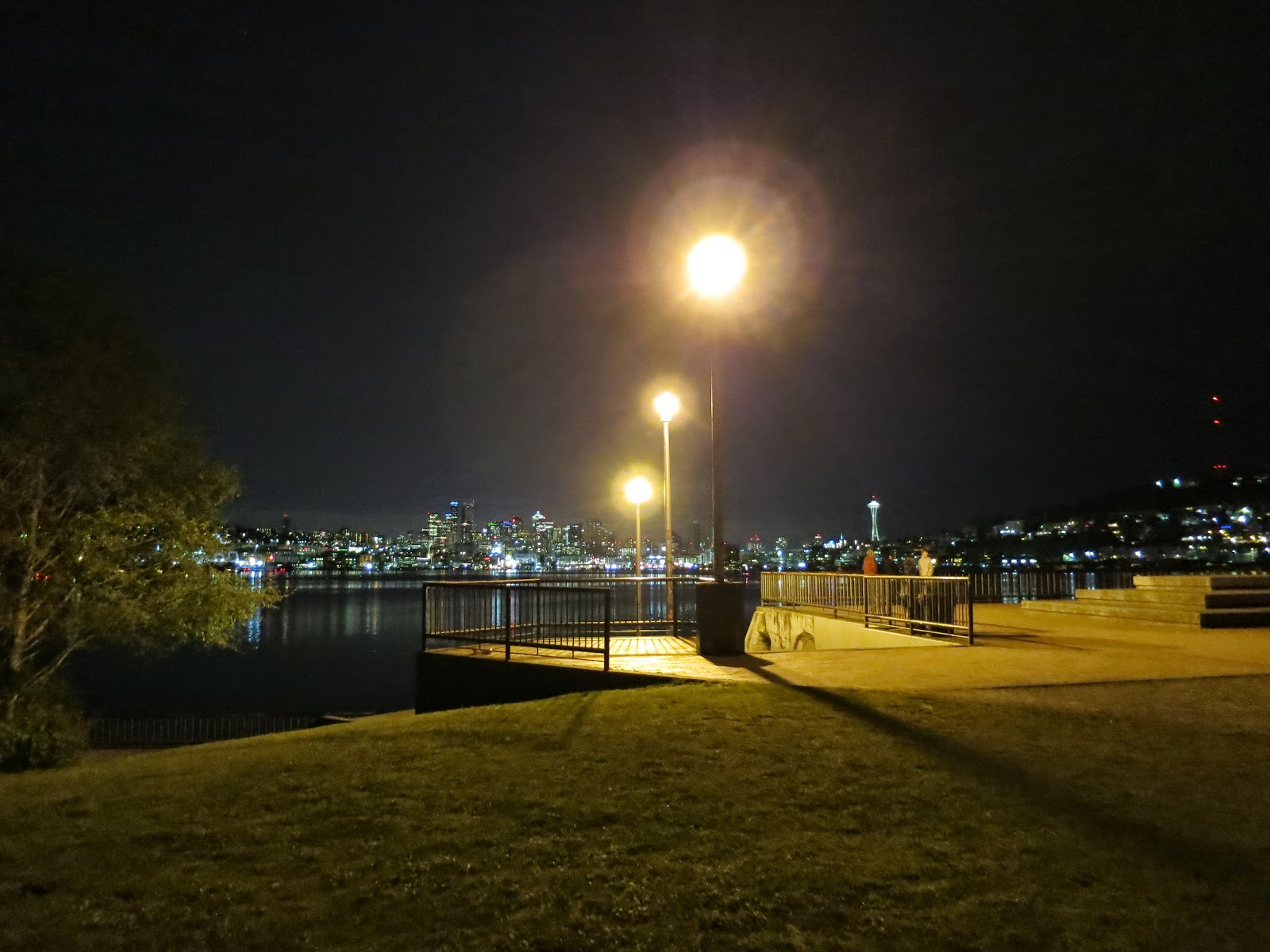 Seattle night view was beautiful and breathtaking, especially with such cool weather. I've fallen in love with the city since I landed here. Also, Marijuana a.k.a. Weed, was legalized in Seattle. We did not smoke it but we could smell it in some places in the city. That's all for day 1, a longggg day 1.